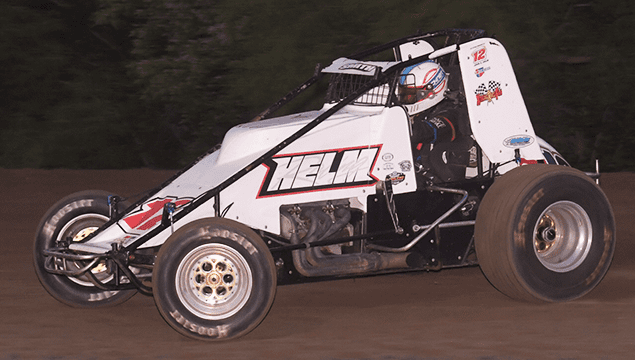 Smith won the 25-lap event to score his 12th career victory with the series.

Soaring into the initial start with twenty-two competitors would find the high-point qualifier and pole-sitting Kory Schudy combat front-row companion Tom Curran into the first pair of corners with Curran gaining the early race lead in the first few laps as Schudy, Wyatt Burks, Jack Wagner and Smith all battled in close contention for the front.

Grabbing the preferred position out front would witness Smith strike with precision by using a low-to-mid maneuver down the back straight with Schudy quickly in tow to take runner-up as well from the leading Curran.

Keeping the field of talented WAR drivers behind in a late-race restart, Wesley Smith would emerge victorious for the second time in 2022 as point-leader Schudy would finish second with Wyatt Burks clinching the final podium placement.

“I had a feeling heading into the feature the track was going to be slick and tricky so it was all about getting low and out front quickly, once Schudy went high I knew I had to get into the spot, that was really the difference in the race,” Smith said.