This is the Skoda Vision GT, a supercar concept designed to both emulate the 1,100 OHC from 1957, and be a distant look into the future of the marque’s design direction. 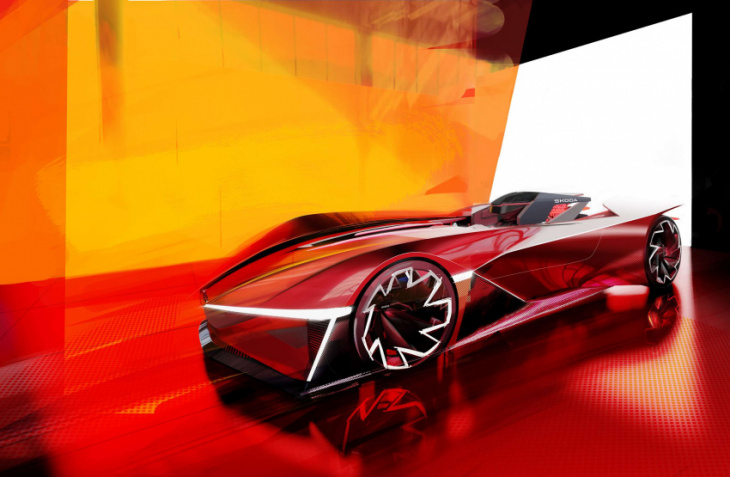 While the cab-rearward look of the 1,100 OHC carries forward, as does the red hue, very little else appears to nod to antiquity on the Vision GT. With sharp edges, clear lines and active aero, it’s claimed to be inspired in part by current Formula E cars. That influence is particularly evident in the two-piece rear wing. The new Skoda wordmark is evident at the front and rear too.

On the inside the single central seat faces a cuboidal carbon wheel. Important driver information moves from a conventional wheel, to the visor of the driver’s helmet in augmented reality. There’s no word on what powers the Vision GT, though the likelihood is that it’s electric.

It’s going on display in virtual form at the Design and Transformation exhibition at the Design Museum in Brussels. The exhibition is a creation of the Czech Republic’s EU Presidency, with Skoda among a number of Czech companies exhibiting. It opens 8th January 2023 and runs until 2nd October 2023.