Skid Plate Racing Is the Slowest, Most Action-Packed Form of Motorsports 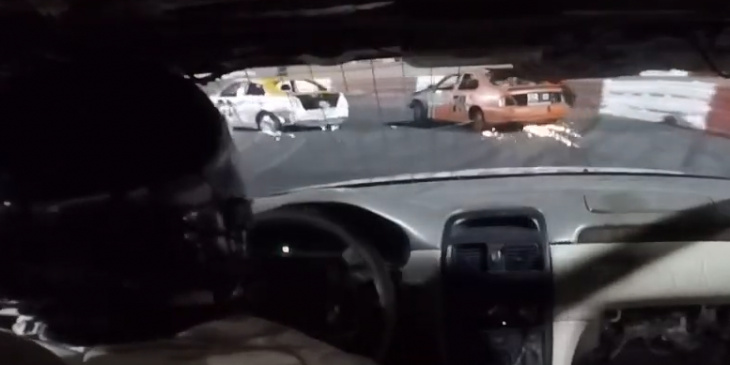 The fun thing about motorsports is there’s something for everyone. Whether you’re into ultra-quick open-wheelers, dune-jumping Baja trucks, or Isle of Man TT motorcycle madness, there’s likely a genre that fits your interests. One type of motorsport that we suspect anyone with even a slight interest in cars will love is skid plate racing.

Skid plate racing is a grassroots form of motorsport that pits junkyard-destined front-wheel-drive cars against each other on a short track, often in an oval layout. The catch is, instead of tires at the rear wheels, there are flat, metal plates. So while the front wheels lay down traction normally, the rear of the car slides freely, with little to no control. It forces the driver to be ultra cautious with their inputs, lest they loop the car around in spectacular fashion.

This video from a recent skid plate race in North Carolina depicts the sport well. Filmed from inside the cabin of driver Jefferey Moser II during an event at Bowman Gray Stadium, it shows just how chaotic skid plate racing can be, even at speeds as slow at 5 mph. Moser is a skidplate racing expert with years of racing under his belt, and even he himself spins dozens of times, routinely making contact with the wall and other drivers. Because the speeds are so low, there’s virtually no risk of injury or damage to the car. But it’s so fun to watch.

Keyword: Skid Plate Racing Is the Slowest, Most Action-Packed Form of Motorsports