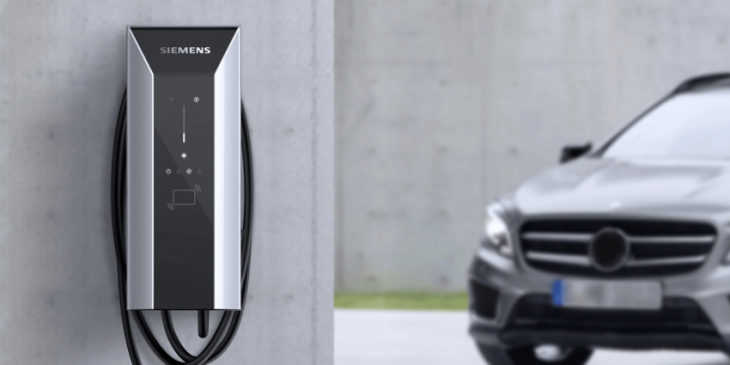 As Siemens AG recently informed its employees on the intranet, the expiring company agreement will not be extended. However, the background is not the costs incurred by the approximately 3,800 employees who had used the free charging since 2017. Rather, he said, due to supply problems, the buildup of new charging points is going too slowly.

“Like many other industries, Siemens is also affected by global supply bottlenecks. The expansion of the charging infrastructure is progressing more slowly than planned,” reads the intranet post, which was leaked to electrive.net by several sources. “Therefore, the decision was made jointly at the management level of all units involved to give Siemens company vehicles priority for charging. This ensures that the vehicles are always ready for use – for example, to visit customers or for service calls.”

However, there is growing resentment among employees – despite their understanding of the reasons for the slow expansion. That’s because the now 1,300 electric cars are not being given priority, but rather exclusive access to the company’s charging infrastructure right away. This poses “huge problems” for some employees who cannot charge at their place of residence or who have long distances to travel. It had already been announced about a year ago that something would change from January 1, 2023, he said. “However, no one would have guessed that it would take on such proportions,” says one of the employees, who does not want his name mentioned. A model with a basic fee and charging for the amount of energy charged had been planned, he said. “Siemens presents itself as a ‘sustainability leader’ and is now leaving its employees out in the cold despite massively expanded charging stations (applause for that),” criticizes another of our sources.

When asked by electrive.net, Siemens confirmed the expiration of the company agreement. The response letter is very similar in structure and wording to the intranet entry – with one crucial difference: the supply bottlenecks and the slower expansion of the charging infrastructure are not mentioned there. Instead, a Siemens spokesperson writes: “As we expand our electric vehicle fleet, we also want to keep pace with our charging infrastructure, and that’s why we’ve decided to give Siemens company vehicles priority for charging. This will ensure that the vehicles are always ready for use – for example, to visit customers or for service calls.”

Siemens also emphasizes that it is a member of the Climate Group’s EV100 initiative. As an EV100 member, a company commits to completely electrifying its vehicle fleet by 2030.