The Acura MDX is the flagship of the Acura lineup. The Pilot holds the top SUV spot at Honda. While the two shared the same platform for many years, for 2022 that changed with an all-new MDX that is longer, more tech savvy, and gets key options. But, the Pilot can be optioned to near MDX levels of luxury and offers similar, if not more, utility. Is the Honda a better buy, or does the Acura badge mean it’s that much better? 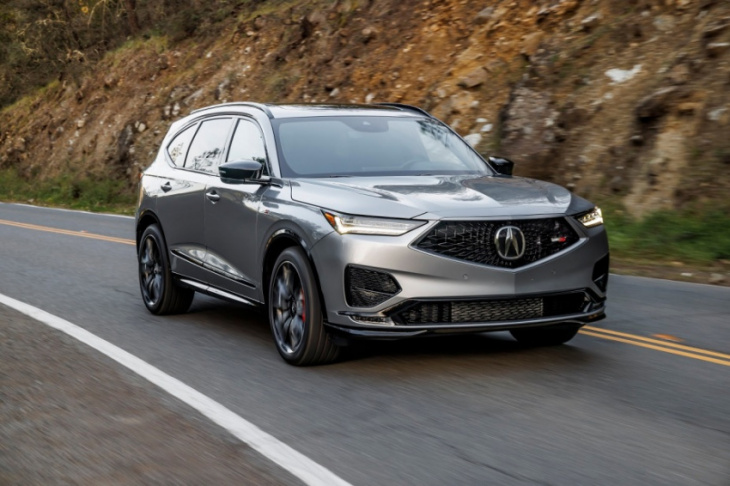 The New MDX showcases Acura’s new design language that, honestly, looks better in person than in photographs. The flared indents in the doors and the starburst pattern in the grille, as well as new scoops and LED headlights set the 2022 apart from the 2021 MDX. The new MDX also has a sophisticated suspension, a electric power steering, and an entirely new interior. Acura also updated its love-it-or-hate-it touchpad interface that controls most of the MDX’s functions.

The big news could be the Type S version that brings Acura’s 3.0-liter turbocharged V6 that makes 355 horsepower, and it can be paired with Acura’s SH-AWD system to maximize grip. The Type S also has larger brakes nine-mode massaging seats, premium audio and more. It has some great new tech, too. The new MDX gets what Acura calls a Precision Cockpit, and we call a digital instrument cluster.

The Pilot gets a new trim level for 2023

The Honda Pilot holds the top spot as Honda’s premium SUV, especially in Elite or Black Edition, which commands a premium price over the larger Passport. The third generation of the Pilot was launched as a 2016 model, and it did share the same underpinnings as the MDX, as well as the Odyssey minivan and Ridgeline truck. That do-it-all platform, though, makes the Pilot a master of many things.  The 2022 version gets a 280-horsepower V6, tons of safety features standard, and a generous number of standard features, like heated seats.

The big news for 2023 for the Pilot is that it gets an off-road TrailSport version. The new TrailSport gets all-terrain tires, skid plates, and a new off-road suspension. The Pilot has a better-than-average score at J.D. Power, but it’s let down by the experience, not the ownership experience.

Does the Pilot compete on the luxury level? 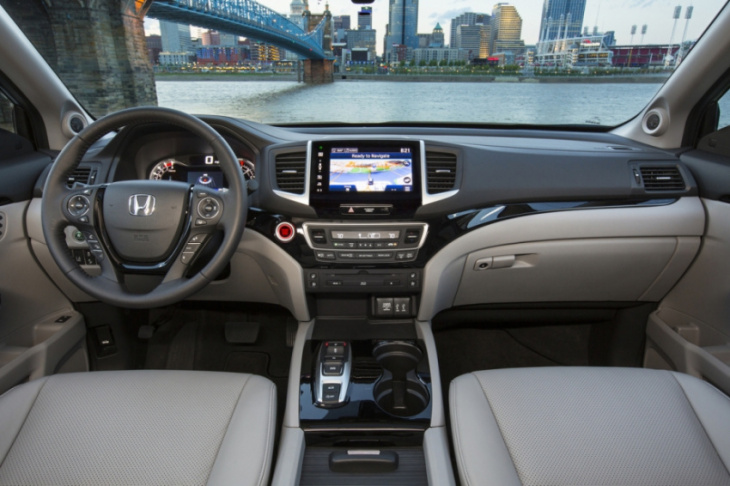 Both the MDX and the Pilot can bring the luxury. The luxury versions of the Pilot (with captain’s chairs) and most versions of the MDX seat seven in heated leather seats. Both get heated second-row seats, heated steering wheel, wireless charging and more. If you can overlook its bland styling, the Pilot can be optioned to near MDX-levels of luxury inside, with fine leather seats, a large touchscreen, digital display and more.

Both get drivers assistance tech: the Pilot gets Honda Sensing, and the similar Acura System, AcuraWatch, is standard on the MDX. The big difference, though, is that the Honda Pilot looks more like Honda’s Odyssey minivan inside. It does have a huge cargo hold with 83.9 cubic feet of space. However, the new MDX proudly wears bold styling, and that doesn’t cut into its cargo space. It can hold up to 95 cubic feet of stuff with the seats down. 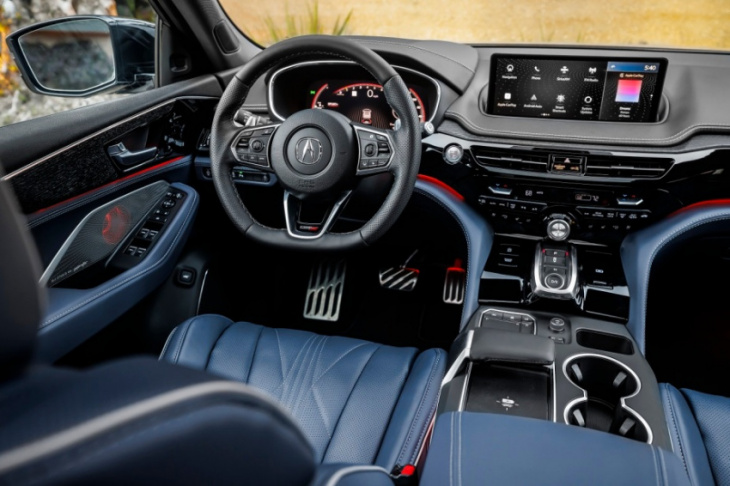 The Acura MDX comes in eight trim levels, from a basic front wheel drive version that starts at $49,050 to the MDX Type S with Advance Package that tops out at $72,700. The big differentiators in the MDX versions are the Technology Package, the A-Spec trim, the Advance Package and the Type S. The Pilot starts at $38,080. But, the Elite starts at $50,370. It comes equipped about the same as the $63,000 MDX Advance Package.

The MDX certainly looks newer, and not nearly as anonymous as the Pilot. The MDX’s new, stiffer, platform and sophisticated suspension help it carve canyon roads a bit better. However, the Pilot offers a lot of value, even in expensive Elite trim, to compete with the MDX on the inside.

Keyword: Should You Get an Acura MDX, or Its Cheaper Honda Pilot Cousin?

CATL will supply the batteries from 2024 through 2030 for Honda's China-made EVs based on e:N Architecture, its first EV-only platform.