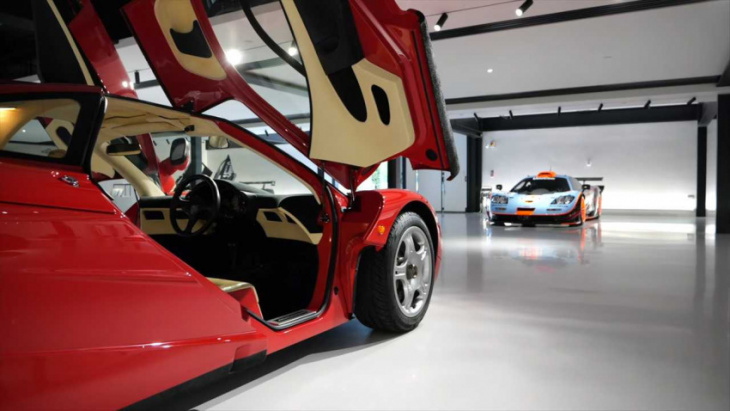 May 28, 1992. Hardcore McLaren enthusiasts immediately recognize that date as the launch of arguably the greatest supercar of the 1990s. Of course we’re talking about the McLaren F1, and just 106 were built from 1992 until the end of production in 1998. Mind you, that number includes prototypes, road cars, and race cars, so seeing just one is a rare event. Having 13 in one place is something truly special.

Celebrating the F1’s 30th anniversary is cause for a special occasion, and it’s the subject of this video from the Seen Through Glass YouTube channel. Organized by Classic Driver and Kiklo Spaces, the event took place in the UK on September 13 and it featured a little bit of everything from the McLaren F1 world. According to Classic Driver, 13 vehicles were part of the celebration including five road cars, five GTR race cars, and three Longtail racers, one of which was a prototype.

The video takes us through the collection while offering some interesting stories relating to some of the cars. The first one relates to a two-tone gray/silver road car built specifically for the founder of Uneo Clinic in Japan, the company that sponsored the Le Mans-winning GTR in 1995. The founder wanted to buy the actual race car, but McLaren instead built a one-of-one road car wearing the same colors. Another F1 road car on hand was originally given to Michael Andretti, who briefly raced in Formula 1 with McLaren before being replaced by Mika Häkkinen.

The cars were certainly the main attraction, but the gathering also featured a special collection of items connected to the F1. Of particular interest is a specialized tool chest that every F1 buyer received. Since McLaren had no service centers in the 1990s, the tools were to be used by McLaren engineers should on-site maintenance be required at the owner’s location.

With its 6.1-liter BMW-sourced V12 making 618 horsepower, the F1 easily claimed the title of the world’s fastest production car with a top speed of 240 mph. The record stood until 2005 when the Bugatti Veyron reached 253 mph, but 30 years after the F1’s debut, it’s still among the fastest road-legal supercars ever built.

Soak up more supercar content in the Rambling About Cars podcast, available below.

Keyword: See 13 McLaren F1s Worth $280M Under One Roof For 30th Anniversary