Schumacher told off by Haas while carrying out F1 donuts 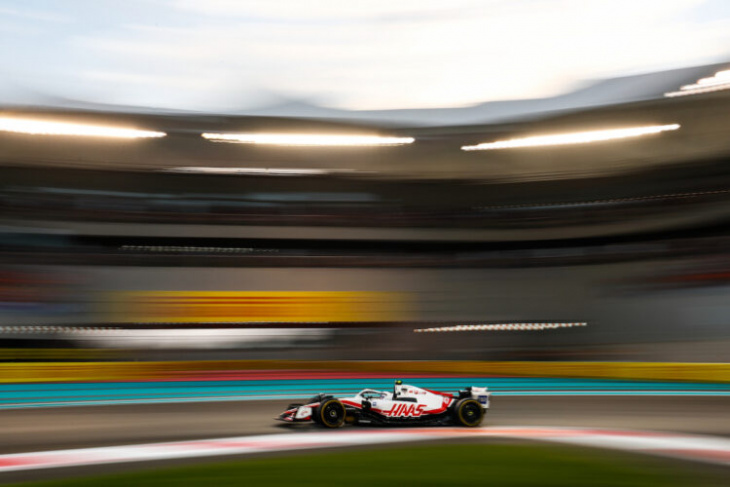 Mick Schumacher was informed by the Haas Formula 1 team to stop doing donuts at the end of the Abu Dhabi Grand Prix.

Schumacher was taking part in his final race for the US-owned squad, which has opted to replace him with Nico Hulkenberg for the 2022 season.

The German driver endured a difficult outing, as he made contact with Nicholas Latifi during the race, sending the Williams driver into the barrier.

Schumacher was subsequently issued a five-second time penalty for the incident.

Although Latifi was unable to finish the race, Schumacher made it to the end, before he opted to perform donuts following the chequered flag.

However, he was quickly scolded by the Haas team.

Schumacher then halted his donuts and returned to the pit lane.

His 2023 F1 plans have not yet been confirmed, however he has been heavily linked to a reserve role at the Mercedes team for next year.

The 2022 season has come to an end and with that a chapter as well. I want to take this moment to thank everyone at Haas F1 for all their hard work over the last two years.
I’ve been able to meet incredible people and have built friendships that I will cherish for life.  1/3 pic.twitter.com/Nd4Myl7rIU

Keyword: Schumacher told off by Haas while carrying out F1 donuts