Kalamazoo, Michigan got hit with heavy snow and these kids are giving it their all to help the bus driver. 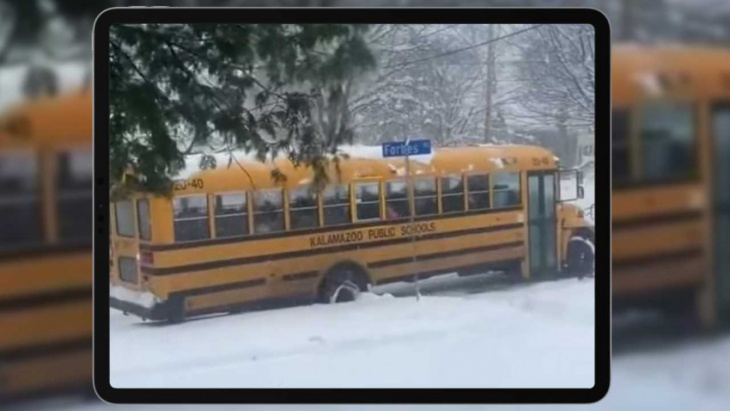 Folks living in the snowbelt areas of the Great Lakes have had a rough few days. Snow in western New York topped six feet (1.8 meters) in some areas as winds off Lake Erie generated non-stop snowfall. Areas of Michigan also received significant snowfall thanks to the warm waters of Lake Michigan, with the west Michigan town of Kalamazoo seeing two feet (61 centimeters) over the weekend.

The video below offers a taste of the lake effect snowstorm in its early stages. TikTok user reclaimpurpose captured a funny video of a school bus trying to get through the snow, made adorable by the kids inside giving it their absolute all to help the driver out. As the video zooms in, we see the school children fervently rocking back and forth in their seats, trying their best to get the bus moving. They aren’t exactly in sequence, but hey, let’s give these kids a massive A for effort.

Did they succeed? The video ends before we find out, but the bus was making a bit of progress toward freedom. In the meantime, the children were getting something of a science lesson in momentum, so at least there was some education happening. However, we suspect this lesson was completely lost on the youngsters due to all the fun they were having. We doubt the driver was as amused with the tricky situation.

The extremely localized snowstorm was caused by the warm waters of the Great Lakes combined with a blast of cold air. As that air passes over the open water, moisture rises and condenses into precipitation. The result is intense snowfall that can extend 50 miles or more inland, and the snow continues until the weather pattern changes. In this case, the lake effect snow lasted for days, with some parts of Michigan receiving nearly three feet of snow. The same situation is what led to double the snowfall in parts of New York, though warmer temperatures are forecasted for at least the next week.

Keyword: School Bus Stuck In Snow Gets Hilarious Help From The Kids Inside