While David Malukas is staying on for his second season in the series driving the Coyne with HMD Motorsports entry, it appears that the full-time Coyne with Rick Ware Racing seat will be taken by Formula 2 race-winner Marcus Armstrong.

Sato’s funding, again largely from Honda Japan and Panasonic, will likely be sufficient only for an oval-only program in 2023, as Honda seeks to expand his role with the Japanese marque.

Sato’s longtime manager Steve Fusek told Autosport: “No final decision has been made, but we’re just waiting for Dale and Rick to put the final pieces together.

“It’s taking a while, but everyone now knows what we have and what we don’t have so I’d say we’re in the final throes of putting the deal together.

“But yes, I think it’s a part-time deal – and then we’ll combine that with some IMSA options. One is with an Acura NSX GT3 – I can’t go into details there, but it’s not Rick’s one – and one is with RWR’s LMP2 entry.”

Former Formula 1 racer Sato achieved his greatest glory at Indy with wins for Andretti Autosport in 2017 and Rahal Letterman Lanigan in 2020. 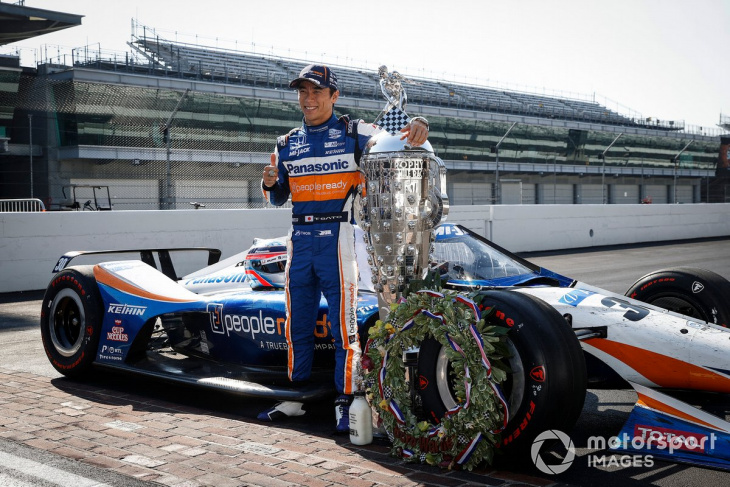 He had almost won for RLL previously in 2012 before a famous last-lap crash while passing eventual winner Dario Franchitti.

He has racked up four other wins in IndyCar, scoring AJ Foyt Racing’s most recent triumph on the streets of Long Beach in 2013.

This was followed by victories on the road courses at Portland and Barber Motorsports Park in 2018 and ’19 respectively, and the short oval of Gateway also in ’19.

Don Bricker, Sato’s race engineer in 2022, will likely find himself elevated within the Dale Coyne Racing team, as Ross Bunnell (Malukas’ race engineer) is shifting to Chip Ganassi Racing for 2023, like Michael Cannon at the end of 2019 and Alex Palou at the end of 2020.