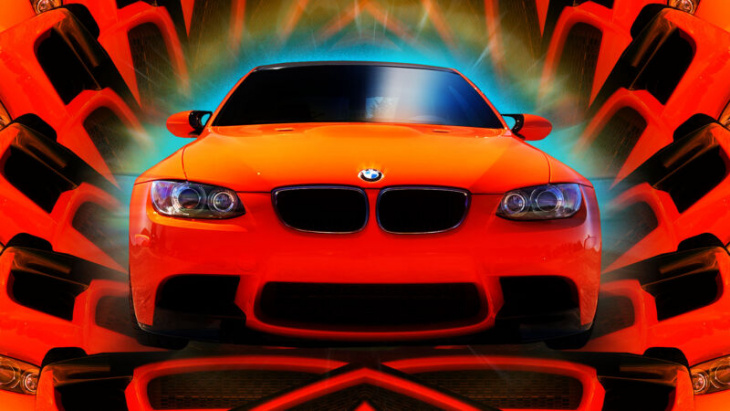 SAN FRANCISCO—This year, BMW invited Ars to Monterey Car Week, a “Comic-Con meets the Oscars” event for the automotive world. Unlike in 2019, when VW let us drive its electric ID Buggy, the Bavarian automaker didn’t have a new electric concept to show us. Rather, the company has been celebrating 50 years of its performance sub-brand M, so it brought a handful of M’s past hits out to California to be driven.

Also, like most other car companies, BMW is transforming into an electric vehicle maker. Motors can obviously be electric, so the Bavarian Motor Works doesn’t even need to change its name. But over the years, the company’s gasoline engines have pushed the envelope, and few other companies—Ferrari, perhaps?—can claim to have built as many different acclaimed powerplants. So its electric powertrains have a lot to live up to.

The engineers at M have started working their craft on BMW’s latest generation of EVs. The i4 M50 four-door fastback and iX M60 are both more than quick enough to embarrass any full-fat (gas-powered) M car built before 2010, at least up to 125 mph (200 km/h). Tellingly, though, neither of those two rapid EVs are badged as a full M car, and a conversation earlier this year with the head of M, Frank van Meel, revealed that he thinks M has some work to do before we get an M3 or M4 that runs on batteries alone.

Having driven the i4 M50 and the current M3 back-to-back earlier this summer, I can see where van Meel is coming from. If I had the money and was buying a fast BMW, I’d buy the i4 because of climate change and because it’s a better daily driver. But the M3 was undeniably more engaging to drive.

After several days of driving M cars on some deserted and extremely windy roads along California’s Central Coast. I feel that not only is van Meel right, but some of the problem applies to the cars currently wearing the M badge. And while he might not have asked for my advice, I think I know what M needs to do to make a truly great driver’s EV.

Take the long way from the airport

I made my way from SFO to Monterey in a current M4 Competition Convertible, the drop-top cousin to the M3. A mid-week, mid-afternoon arrival and the assumption that my car would be specced with two-piece carbon fiber bucket seats at first sounded like it would make for a pretty hellish 150-minute drive in Silicon Valley traffic.

But if you’re going to take a while to get somewhere, you should really take your time, so a better route emerged, out via Pacifica, then through many corners and even more redwoods, then down to Santa Cruz. The car is a two-door convertible version of the M3 we tested last year, but with more weight stripped out, including those carbon seats that are a pain to get into and out of but which do a marvelous job of supporting you while you’re in them.

My hunch was correct, and the long way to Monterey was the road less traveled—for about 90 minutes, I barely saw another car on the road. The ZF 8HP automatic transmission works a treat in manual mode, using the paddle shifters to work the gears. Truth be told, much of my time was spent in second gear with the car in its peak powerband, and the car’s 503 hp (375 kW) devoured what seemed like a never-ending series of switchbacks and curves all the way to Santa Cruz.

The current M4 Convertible Competition is devastatingly quick, but not everyone is in love with the way it looks. Jonathan Gitlin

There’s a lot to be said for having the roof down as you drive through a redwood forest. Jonathan Gitlin

Not all progress is positive, but the modern infotainment system in the M4 is one of the best ones out there. The i4’s is still better, though. Jonathan Gitlin