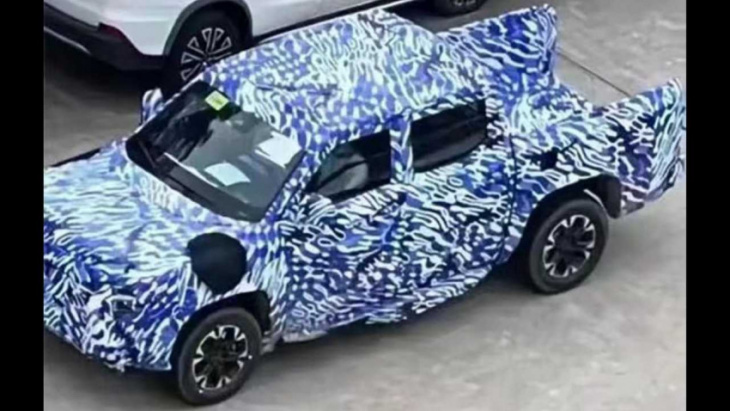 BYD might be interested in entering the pickup truck segment, according to unofficial media reports in China.

First, such a possibility was hinted at by local auto media Yiche, suggesting that a plug-in hybrid and all-electric pickups might be introduced as early as in 2023.

Today, we saw also a new report from local tech media Mydrivers (via CnEVPost), with an image of a camouflaged pickup truck vehicle, which supposedly is BYD’s test prototype.

It’s not possible to verify this, but the pickup topic is linked in China to the recent announcement about a new brand, which will be launched by BYD in 2023.

BYD said only that it will be a brand “that specializes in professional and personalized identities, covering family cars and luxury cars.”

Nothing can be excluded at this point, especially since BYD is in an expansion mode and so far the company was not present in the pickup segment.

A side note is that Taiwan’s Foxconn and Lordstown Motors recently started production of the Lordstown Endurance electric pickups in the US. It’s not directly related, but maybe we are just seeing the first sign of a wider expansion of Asian manufacturers getting into pickups through electrification.

In any event, without establishing local production in North America, it would be difficult for Geely’s Radar or BYD to compete in the US pickup market.