The newest 350 on the block is winning over riders in droves. 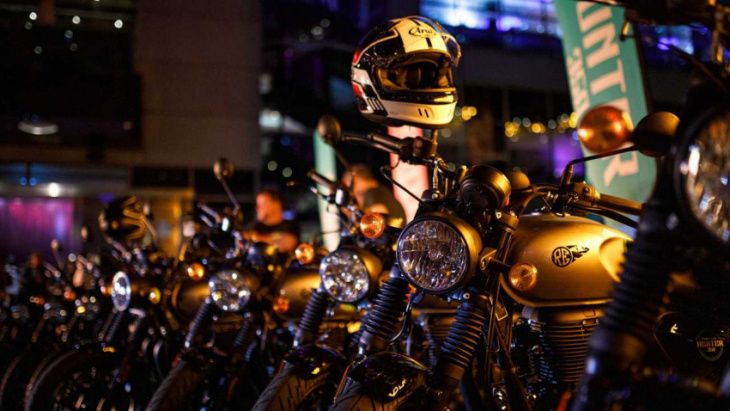 Whenever an OEM launches a new motorcycle model, it probably goes without saying that they want it to do well. It’s been three months since Royal Enfield launched the Hunter 350, and how are things looking? The numbers don’t lie—Enfield has now sold nearly 51,000 Hunter 350s, and the interest appears to remain high.

True, it’s currently the least expensive bike in the current Royal Enfield lineup—but a good price alone doesn’t get butts in seats. A bike has to have the right combination of character and features for the money if it’s going to win over riders—something that Enfield has apparently dialed in on this bike.

The Classic 350 is still the top seller for Enfield, but the Hunter’s numbers have been good since the beginning. In August, 2022, a total of 18,197 Hunters flew out the doors of dealerships. In September, a further 17,118 Hunters found new homes—and in October, another 15,445 rolled off into the sunset with their new owners. When you add those three figures up, you find that Enfield has sold a total of 50,760 Hunter 350s so far—firmly cracking that 50,000-bike milestone.

It’s got a lot of things going for it, in addition to its comparative affordability. It’s light, it’s nimble, it’s very good at threading through traffic—which I wrote about after piloting it around busy Bangkok streets at the launch. In India, it comes in Retro and Metro guises, with the Retro version offering wire-spoked wheels, single-channel ABS, and a drum brake at the rear. The Metro versions, meanwhile, come with alloy wheels, dual-channel ABS, and disc brakes all around. How do you like to Hunt? That’s up to you.

As you look at those sales numbers, it’s important to keep in mind that, as many OEMs do, Enfield staggered its global release of the Hunter 350. Although it’s planned for release in multiple markets around the world, the model is rolling out to different regions at different times. The next market on the checklist is Europe, where sales are beginning in November. As the Hunter 350 becomes available in more markets, it will be interesting to see how it fares.

When will the Hunter 350 come to the U.S.? At the launch, we were told that would likely happen sometime in 2023—but no official launch date has materialized just yet. As and when we have more concrete information, we’ll be sure to keep you updated.