Rolls-Royce May Build More Spectre EVs To Cope With Demand

The rich are eager to add Rolls-Royce's first production electric car to their garages.

Rolls-Royce expects that it will need to increase production of its Spectre electric vehicle before it even starts. Looking at the rate at which orders are currently flowing in, the luxury marque will likely have to boost output unless interest in the car is dramatically reversed.

“The order intake for the Spectre is far better at this moment than we would have expected,” said company CEO Torsten Muller-Otvos, according to Automotive News. “We have a couple of months to go [before production starts], but if that trend continues, then I'm pretty sure we need to adjust our plans.” 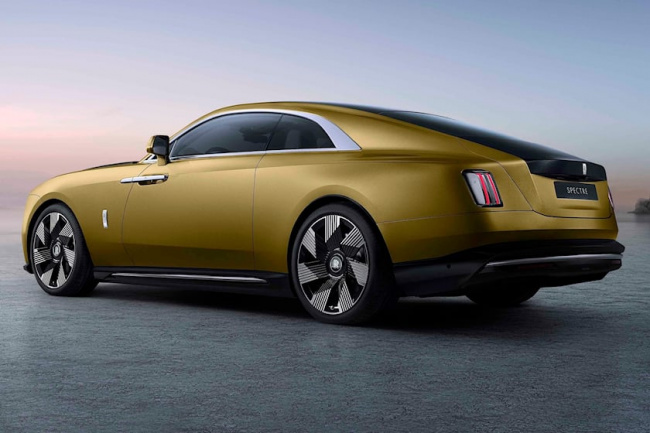 The Spectre will effectively replace the Wraith, Rolls-Royce's current two-door, when deliveries begin in the fourth quarter of this year. The EV will act as the so-called “third pillar” of the brand's sales, joining the Cullinan SUV and Ghost sedan. This indicates that Rolls-Royce expects to sell loads of Spectres, despite the fact that it will cost roughly $413,000 before options. That price puts it between the Cullinan and Rolls-Royce's flagship Phantom, but we expect buyers to spend far more heavily than that. Part of the reason the marque achieved sales records in 2022 is that buyers are willing to splurge extra on custom options, with the average customer spending half a million dollars on each commission. 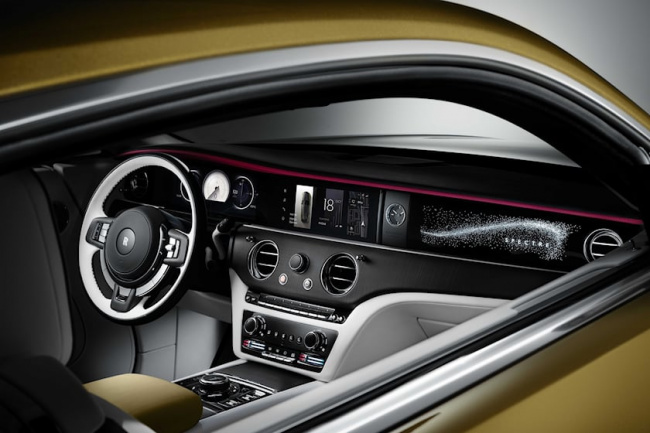 Back in October, we reported that Rolls-Royce had hundreds of Spectre orders before the EV was even revealed. If the wealth of colors and finishes on offer is anything to go by, we suspect that the luxury automaker will be able to return a tidy profit with ease.

When it arrives, its most direct rival has been touted as the Cadillac Celestiq, another six-figure EV with limitless options and a supreme focus on quality and detail. Will the Caddy eat into RR sales? Will Rolls buyers turn their noses up at the Celestiq? Both outcomes are likely to certain degrees, but at this level, we suspect many buyers will happily spring for both. 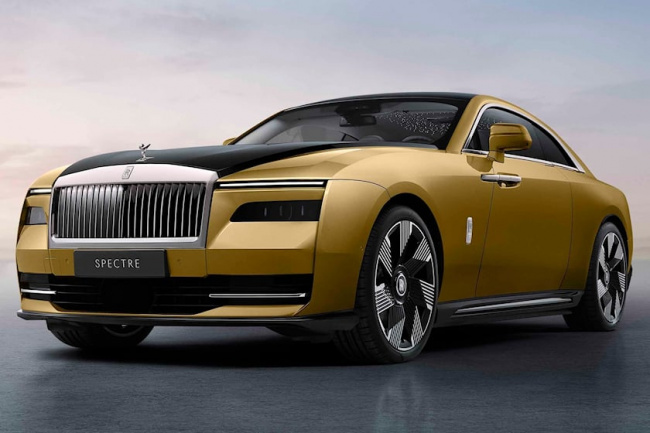 141,200 Sender-Receiver Variables: The Engineering Behind The Rolls-Royce Spectre (Video)

So you want to buy a Rolls-Royce. What's involved?

The world’s economic situation has been better, but that hasn’t stopped super luxury brand Rolls-Royce from posting a new record annual sales result. The marque notched up 6021 sales last year in 50 countries, up 8 per cent on 2021’s old record. The company says it’s carrying an order book ...

Another record sales year for Rolls-Royce

British mega-luxury brand posts another bumper year of sales with 6021 deliveries in 2022, including 60 in Australia


View more: Rolls-Royce is going electric but this Ghost is very much old-school RR

Tesla employee on going back to Rolls-Royce: one of the “toughest decisions in my life”

A Tesla employee who left Rolls-Royce is returning to the legacy automaker in what he described as one of the toughest decisions of his life. Niklas Lohse left Rolls-Royce after eleven years to work for Tesla. In a LinkedIn post, Lohse described the decision to return to Rolls-Rouse as one of ...


View more: Tesla employee on going back to Rolls-Royce: one of the “toughest decisions in my life”

The day after he relinquishes control as the chief executive of Rolls-Royce, Warren East will be skiing in the French Alps. It comes after seven-and-a-half tumultuous years steering the aircraft engine maker through a blizzard of crises – and a downhill ride for the share price. Rolls-Royce is now worth ...


View more: Bringing Rolls-Royce back from the brink Outgoing boss Warren East leaves the engine-maker on the road to recovery - and a greener future

Lamare-Bogarde-Transfer-West-Bromwich-Albion-Ryan-Porteous West Bromwich Albion have finally started to become somewhat active in the transfer rumour mill, following months of radio silence as they struggled under Steve Bruce. With Carlos Corberan masterminding the turnaround, the Spaniard led them on a triumphant run of five straight victories before Coventry City halted ...

A closer look at the all-electric Rolls-Royce Spectre

There can hardly be a more suitable drive for a Rolls-Royce than electric motors. CS Rolls himself said it in 1900: “The electric car is perfectly noiseless and clean. There is no smell or vibration.” Although, presciently, he did add that he had infrastructure concerns. After 120 years of ...


View more: A closer look at the all-electric Rolls-Royce Spectre

Rolls Royce Corniche Dry Ice And Interior Cleaning The convertible Rolls-Royce starts looking pretty good and ends up being immaculate Rolls-Royce used the Corniche name for its convertibles from the 1970s until 2002. This video showcases one of the last-gen examples getting a thorough detailing. The car actually starts ...

Watches: a closer look at the timepieces on this one-of-three £20m Rolls-Royce

How Much Is a New Rolls-Royce Spectre?

Get ready to spend hours on the Rolls-Royce Spectre configurator

The Rolls-Royce Spectre is the pinnacle of electric luxury

Rolls-Royce Spectre Configurator Goes Live And The Options Are Glamorous

The Rolls-Royce Spectre EV is here to fulfil its founder’s prophecy, 122 years later

Is a Tesla not quite plush enough? Rolls-Royce's first electric car is here to fix that... if you've got deep pockets

Rolls-Royce Spectre: brand’s first EV has 520km range, is most aerodynamic Roller ever

The Rolls-Royce Spectre Is an Enormous, Ultra-Luxury EV Coupe