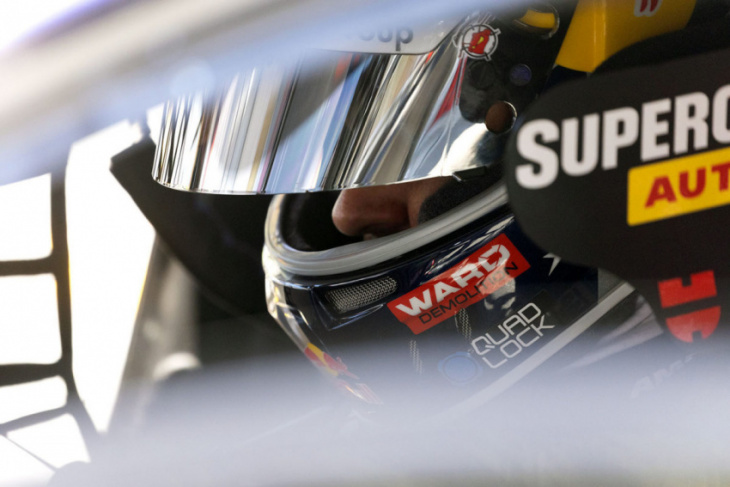 The best good news story in Supercars is also the biggest secret! Why? The future of motorsports in this country depends on getting the story out there.

Sustainability. A word we hear every day and inevitably it impacts on all aspects of our lives including motorsports of all types. Increasingly the stakeholders in the sport are not only aware of the need for sustainability wherever possible and practical, but also demanding it.

Those stakeholders include not only the media and corporate partners but also fans, especially the younger ones, who we increasingly need to take into account; the Fan of the Future.

And the hunt for sustainability inevitably means that motorsports is always going to be a target for people who believe that we’re creating unsustainable amounts of CO2 needlessly. Often the same people who might look to an event like the Tour de France, for instance, as being ecologically sound and yet, due to the huge fan base that follows the Tour around for three weeks in their camper vans, it is probably one of the most polluting sporting events in the world each year.

Perception becomes reality in their minds. That’s often what we have to cope with.

But actually, here in Australia, Supercars has been leading the way in one major aspect of sustainability in motorsports for 14 years now, but for much of that time has failed to tell everyone about this.

In fact, at one stage, a previous category fuel sponsor actually silenced Supercars and its own media arm from discussing the fuel used in Supercars.

Let’s be clear. The ICE (internal combustion engine) is not the enemy: CO2 is the enemy. So, can we continue to use the ICE without destroying the environment? After all, most of us don’t want to lose the ICE aural factor from our enjoyment of the sport.

The answer is, I and many others believe, yes. But we need far wider adoption of alternative non-fossil fuels in the Sport and we need to tell people about it.

Whilst the hardcore fan base of Supercars probably realises that the category has run on plant based E85 (85% ethanol, 15% unleaded petrol) since 2009, the majority of stakeholders has either forgotten this or never realised it, including the younger fans that we need to engage with.

At a time when other categories in the world, from Formula 1 down (F1 used E10 for the first time in 2022) are running around trying to adapt their ICEs to running on plant based or fully synthetic fuels (or both), Supercars actually did all this work years ago.

In fact, the FIA currently has its own working group carrying out the type of studies on the use of these fuels that Supercars and Australian engine builders here have already successfully concluded.

Meanwhile, several of the largest corporate backers of motorsports in the world have gone on record as saying that they will no longer support any ICE category that doesn’t have a sustainable fuels program on foot.

Instead of being scared of ethanol use in motorsports (due, in part, to negative campaigns about the use of ethanol in road cars by organisations such as RACQ in the past), all categories need to be looking at how to adapt to ethanol and/or synthetic fuel use (at least at some percentage level) in order to protect our sport for many years to come. The costs are small by comparison with the eventual costs of doing nothing.

We have the feedstock (particularly sugar and the bagasse by-product) in this country from which to draw. The production of the plants absorbs the CO2 we produce from burning ethanol – which is all well documented. It might not be a ‘perfect circle’, but then neither is the production of batteries for electric cars nor the electricity that is often used to power them.

We also have various projects on foot in Australia developing fully synthetic fuels including one potential production plant backed by Porsche.

Supercars urgently needs to re-embrace its use of E85 (which, I believe, may well incorporate a percentage of synthetic fuel in the future) as we roll into the Gen3 era and sing this good news story from the rooftops.

The category rightly made a big noise about the adoption of this fuel in 2009 and it’s time to get the message out there again at a time when synthetic and plant-based fuels need to be a big part of motorsports here in Australia to ensure that we can carry on doing what we enjoy whilst providing high quality employment and a sizeable contribution to the economy of the country.

It’s time to see a formal joint initiative from Supercars (as the Big Dog in the paddock – as I’ve previously noted, responsibility comes with that) and Motorsport Australia to lead the way for the sport as a whole here and help guarantee us all (including their own customers) a bright future.