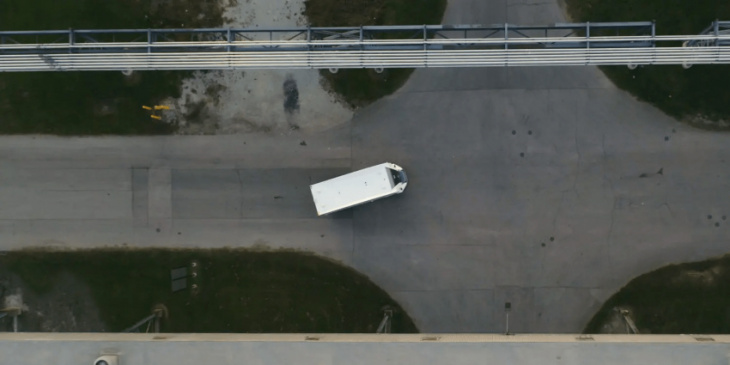 In the USA, Sweden-based Freight technology company Einride has received approval from the National Highway Traffic Safety Administration (NHTSA) to operate its Autonomous Electric Transport (AET) vehicles on public roads. A public road pilot will be held at a GE Appliances manufacturing facility in Q3 this year.

The fully electric and autonomous Pod is designed for operation without a driver on board. The vehicle should be monitored by a Remote Pod Operator. Einride says the pilot project is an industry first for this new type of vehicle.

For the upcoming phase, now that road approval has been granted, the Einride Pod will operate on public roads with mixed traffic, carrying out real-life workflows. Operations will include the transport of goods and coordinating with teams at different warehouses for loading and unloading.  For the trials, the Einride pod will be remotely monitored by a Remote Pod Operator at all times. Einride says that this new role and how it is carried out will be critical in safely scaling autonomous vehicles.

This is by no means the first autonomous vehicle pilot carried out by the Swedish company. Back in 2019, DB Schenker started using Einride’s fully electric autonomous T-Pod truck in Jönköping, Sweden, to transport goods on a public road. Almost exactly a year later, Einride introduced the next generation of its autonomous electric truck T-Pod, making it commercially available worldwide for the first time. Initial customers were Lidl Sweden, Oatly, Bridgestone and Northvolt.