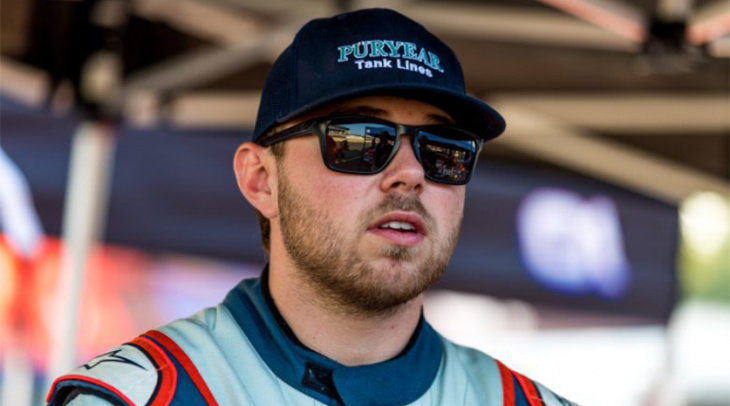 After this past weekend’s races at Motor Mile Speedway (Fairlawn, Virginia) and Dominion Raceway (Woodford, Virginia), Riggs came out on top over Sellers by four points to win the national championship.

Sellers was previously the youngest Weekly Series champion, winning in 2005 at 21-years-old. 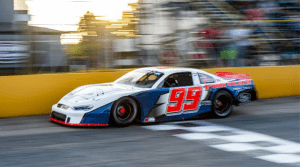 Riggs didn’t start the 2022 season with the goal of racing for a weekly series national championship, but when the team opened the season with a string of wins at South Boston Speedway, the plan changed.  Encouragement from their fellow competitors led the small, family-owned team run by his father Scott – and former NASCAR Cup Series driver – to reconsider their focus and aim towards the championship.

“If you had asked me eight, nine months ago what I was going to do, it wasn’t going to be going after a national championship,” said Layne. “I’m just proud of my team and everything we’ve done to be able to get this win. We’ve worked hard. We really, really wanted it.”

Scott added, “We just knew that going for something like a championship with NASCAR would be something that would mean so much for Layne’s future.”

In between race weekends, Riggs is a third-year student at the University of North Carolina at Charlotte, studying mechanical engineering. Additionally, he ran a pair of NASCAR Camping World Truck Series races, recording a seventh-place result at Lucas Oil Indianapolis Raceway Park in his NASCAR national series debut.

“It’s been tough trying to run all these races and focus on schoolwork at the same time, but I’ve managed, it’s been a tough road,” added Layne.

“We congratulate Layne on making history as the youngest champion of the NASCAR Advance Auto Parts Weekly Series,” said Jason McDonell, Advance’s executive vice president of merchandising, marketing and e-commerce. “The commitment shown by Layne and his racing team this season truly embodies the passion that exists in the sport of short track racing. We are excited to crown Layne as our champion, and we look forward to following his racing career for years to come.”

Riggs gives credit for the success this season to his dad’s support on the team, saying, “He’s just as deserving as I am.”

But Scott said the volunteer-run team was motivated by a passion and love for racing, as well as a belief in their young driver’s talents.

“Everyone on the car is a volunteer,” Scott said. “Everyone that is involved has normal jobs and work all week, then takes time away from their families to race Friday and Saturday night to push for the championship. And it’s just been really overwhelming to have so many people who are so committed to our team.”

“If you don’t have the people and the sponsors to be able to support the talent, it’s hard to showcase what you can do.”

In addition to winning the Weekly Series national championship, Riggs also won the Southeast Region title, as well as the track championship at South Boston Speedway.