Have you ever tried the 2013 version of The Stanley Parable before? If you haven’t, then you don’t need to worry! This game plays just as it would play in the original, with a slight increase in additional content, new secrets, and plenty more discoveries.

For me, this game is totally new and different, so I wouldn’t be able to tell you what was added or possibly removed. However, from what I’ve played and had done so far, I can tell that this is going to bring a few odd endings and a few discoveries. There is not just one scenario or one path to play through. Each time you go a different way from the narrative story, it creates a new venture to figure out. Close enough to play a sort of maze.

On the other hand, it could feel as if the game’s story is built by the player, which is you! So there is no need to worry about doing something unusual, the game is meant to be accomplished in so many different ways. It just won’t be like any game you’ve played before, which is a good thing! Cause who doesn’t want to change the outcome each time they play, it’s absolutely fun! 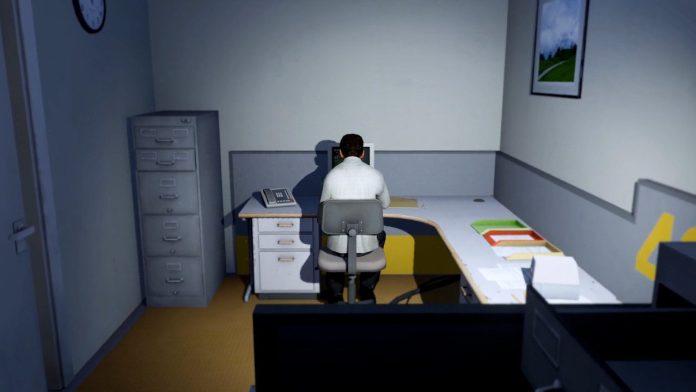 The entire 3D design is perfect in how well it makes you feel as if you’re in a real-world office building environment. It’s a little strange that the person, Stanley who we are, isn’t really anything. You can look around with the camera button on the controller to view the rooms and everything around, but for Stanley, you will see nothing there just as if we are an invisible person roaming around.

Additionally, the building is very much desolate and vacant, with no other employees to be found. It must be very easy to just work on making great objects look real when no characters need to be designed. Nonetheless, the many objects inside the rooms you can visit are not that obvious to which will really work or be accessible. So searching around to find something to actually turn on or off, move or use is a bit hard. To add to that, I don’t feel that the actions are too real when it comes to turning on or accessing something since there are no real hands or Stanley’s body coming in contact with the object or device.

I guess I’m just not always a fan of an invisible ghost character to be roaming around, then a real figure being there. However, the game still plays quite well and works exactly as the game has been intended to. Plus, the many rooms and background scenes are nicely set up to give a really good office experience, even in a digital way. I do feel that the vacant rooms and unknowing things that could be around the corner also gave me an eerie feeling, especially being my first time playing. Not to say that a monster is going to jump out, which I realized after playing, but it does sort of make you wonder.

Now the sounds or music isn’t much. Instead, you have a narrator speaking out the story as you roam the building. So for music, it’s a bit on the quiet side, until the narrator adds some music to the game. It’s a bit strange so I don’t know, it all depends on how the game goes. Plus, The sound effects perfectly match the motions and actions taken. So together with the emptiness or baffling music choice, it all works with the strange gameplay. 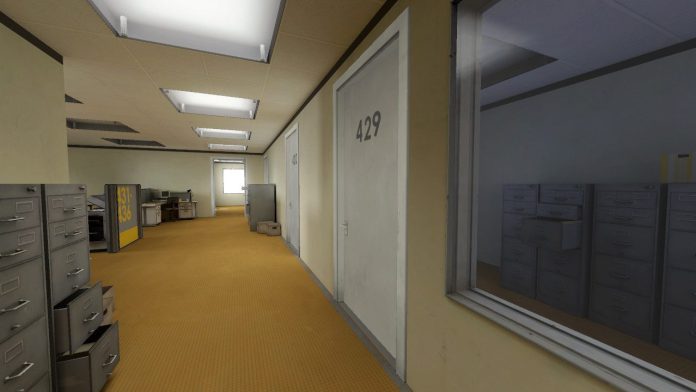 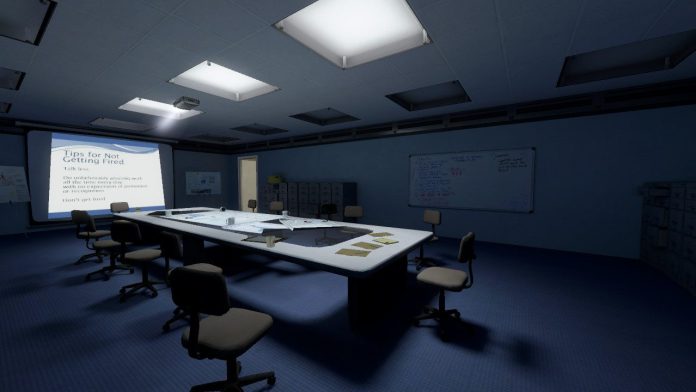 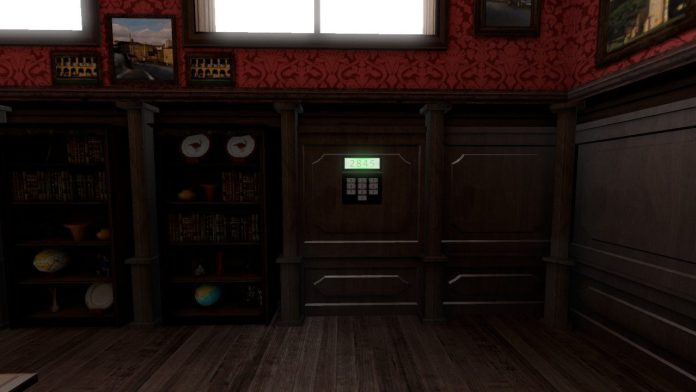 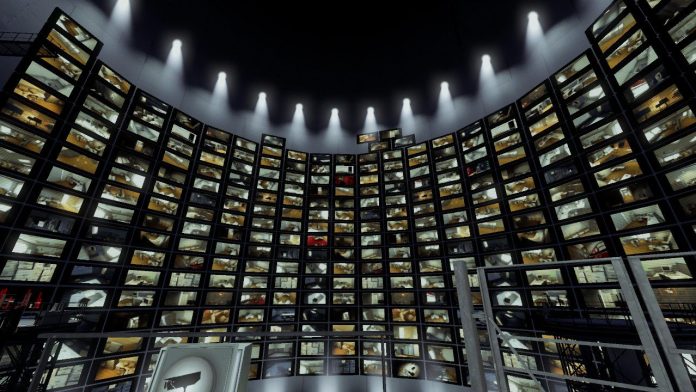 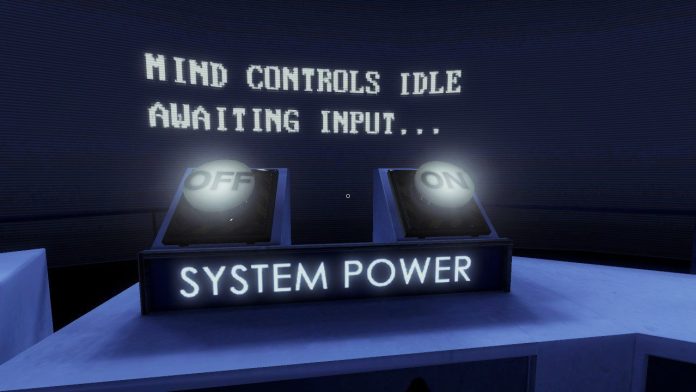 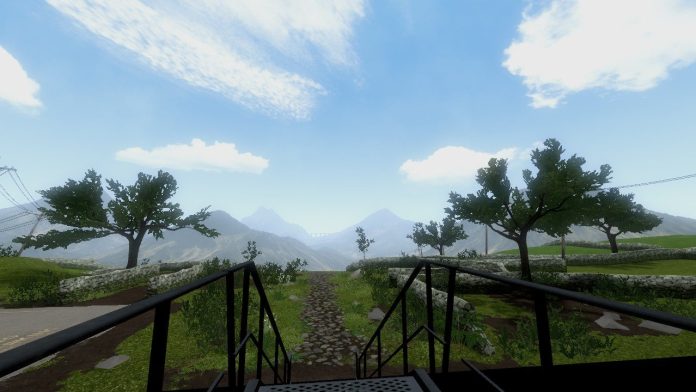 I’ve never had a chance to try the original game released in 2013. However, for the first time trying The Stanley Parable: Ultra Deluxe, I can tell you it’s remarkable and unusual too! Especially cause the entire game is about what you want to do and changes or restarts on its own. Each move, each direction or action you take, is what creates the story. The entire narrative portion just goes along with the player’s next moves but restarts when it feels you’ve gone off the right course. I don’t think I really enjoy that portion, it would be great if it kept allowing you to just roam, but that isn’t the case in this game.

On the other hand, the freedom to direct the story and the game is somewhat interesting to me. No wonder this game is sortof hard to decide what type of genere this game could be considered, expect for the obvious one, an adventure game. There is nothing flawed or unintended to happen while I’ve played, and I didn’t discover any strange loading problems. Even if I do something different, the game reacts to the actions made and the narrator explains each of them as I perform them. However, it’s a bit vague; not exactly what I’m trying to do.

Lastly, I love that this game is unusual, but I wish it was a bit more sandbox-style or in other words, up to you to do as you please. However, you can still do different things, just the problem occurs when the narrator blocks you, so many times and restarts the game. It’s basically a puzzling maze to me, which changes each time it restarts and is limited to roaming. So all in all, I actually found the game, okay after a few times playing from beginning to end. Yet, this game may not be for me. Though, if you love to be stumped and try to discover new routes to the exit or winning location, then you may want to try this game.

Alpine A110 R 2023 review: On road and track with most radical version of the lightweight sportscar

Hitting the trails with the Trek E-Caliber 9.6


View more: Hitting the trails with the Trek E-Caliber 9.6

Do you find this scowling hatchback cute?

250F ENDURO SHOOTOUT I SHERCO vs GASGAS vs HUSQVARNA vs YAMAHA