It may not look as angry, but it means serious business 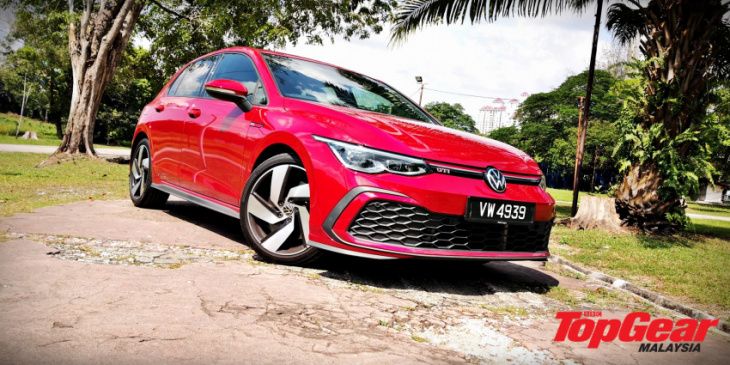 When one says “hot hatch”, the car that is most likely to appear in our minds is none other than the Volkswagen Golf GTI, as it is the very definition of the term which means “a performance oriented hatchback that is fun to drive”. In fact, the Golf GTI was actually the first model to be actually called a hot hatch.

Over time, many manufacturers tried to replicate what the Golf GTI brings to the table with many mighty impressive models, but being the pioneering model, the GTI was just too popular, having earned itself quite a following around the world.

Although the Golf GTI is still somewhat on top of the hot hatch game, buyers are actually spoilt for choice at the moment with models like the Renault Megane, Hyundai i30N, Ford Focus ST, Toyota GR Yaris, and the Honda Civic Type R just to name a few. 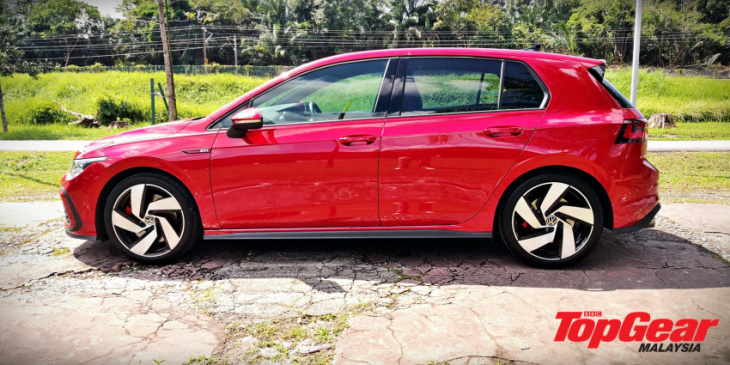 From the design point of view, the folks at Volkswagen have taken a more conservative approach with the Golf Mk8, giving it a more subtle and matured look compared to its sharper and angrier looking predecessors.

But that does not mean that it doesn’t look good. The signature LED light bar that runs across the face of the car, the sleek LED headlights and taillights, the GTI-exclusive red accents, and the huge honeycomb mesh lower grille make the Golf GTI look quite handsome actually.

It’s just that it doesn’t scream for attention, which most cars in this segment do. 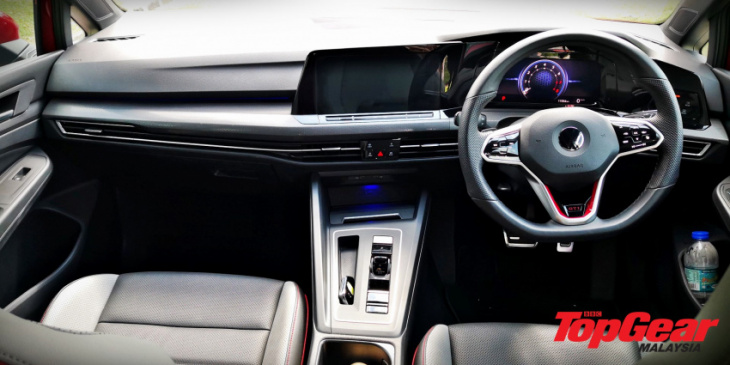 Moving into the cabin, it’s all about minimalism. Everything is digital, so a majority of things you want to fiddle with is accessed either through the 10-inch Discover Media touchscreen infotainment system, or the 10.25-inch digital instrument panel, using the steering-mounted controls. Where the infotainment is concerned, there is Android Auto, Apple CarPlay, a kick-ass six-speaker audio system, GPS, and wireless charging.

The perforated Vienna leather seats, which provide excellent level of comfort and support, come with a nice two-tone colour combination which is complemented by red stitching, ambient lighting, and red GTI emblems on the steering wheel which constantly remind you that you are in a Golf GTI.

Space is not an issue at all in the Golf GTI as four lanky individuals can sit comfortably in it. In addition, every door has a big cupholder on it and last but not least, we have a 374-litre boot which is decent for a car in its class. Rear air cond vents are also there in case you’re wondering. 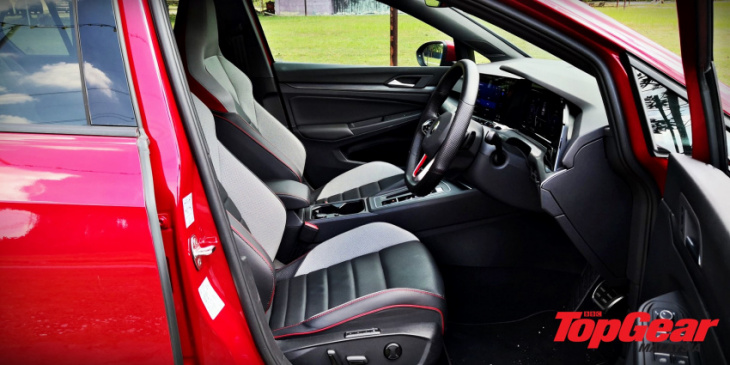 So, how does it feel to drive the all-new Golf GTI?

First and foremost, there is more power now. The turbocharged 2.0L TSI engine which is being carried over from before has been tweaked to produce 245 PS and 370 Nm of torque, which is 15 PS and 20 Nm more than the Mk7.5 Golf GTI. Sending all that power instantly and seamlessly to the front wheels is a seven-speed DSG wet dual-clutch transmission.

There are four driving modes to choose from – ‘Eco’ for fuel saving, ‘Comfort’ which makes the suspension tad softer and the steering lighter, ‘Sport’ where the throttle is more sensitive, the steering feels heavier, the exhaust is louder and the engine revs higher before shifting gears, and ‘Individual’ where you can mix and match the steering and suspension settings according to your mood.

Capable of sprinting from standstill to 100 km/h in 6.3 seconds, the GTI just goes for it the moment you put the pedal to the metal. With 370 Nm of torque available from 1,600 rpm all the way to 4,300 rpm, the car hits hard both at low and mid range.

As quick as it is in a straight line, the GTI is bloody quick and responsive around the corners too, thanks to the brilliantly engineered chassis. 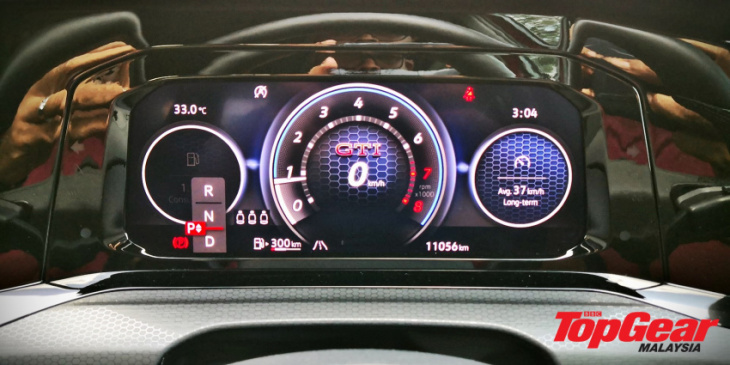 The level of composure you get in a Golf GTI arguably second to none – While it begs to be thrashed, it delivers with absolutely no drama when you push it.

Unfortunately, the fact that there is no drama is also the weakness of the Golf GTI. Compared to some of its rivals that make a lot more noise and scare you with torque steer, wheelspins and whatnot, the GTI, which does the same calmly, can feel less exciting at times. 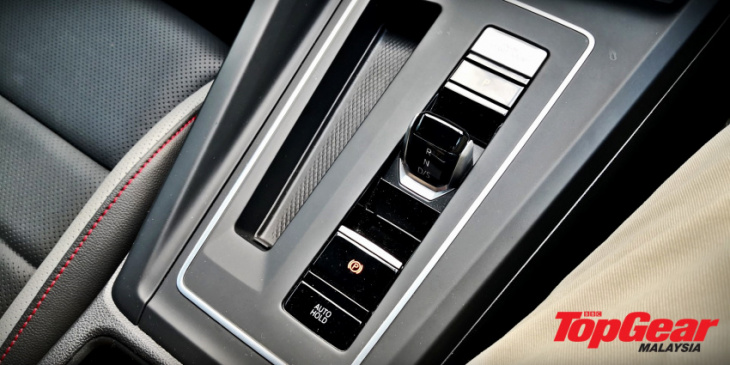 But then again, not many cars have the ability to just transform into a comfortable, fuel-sipping daily-driver at the press of a button. So, in that sense, what we have here is arguably the most complete and well-balanced car in its segment, which is what makes it so desirable. 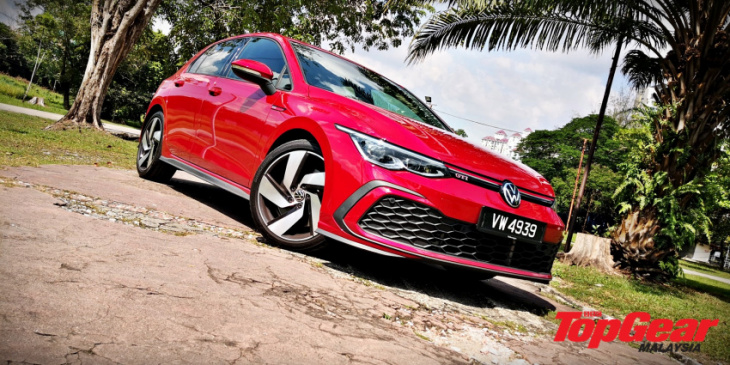 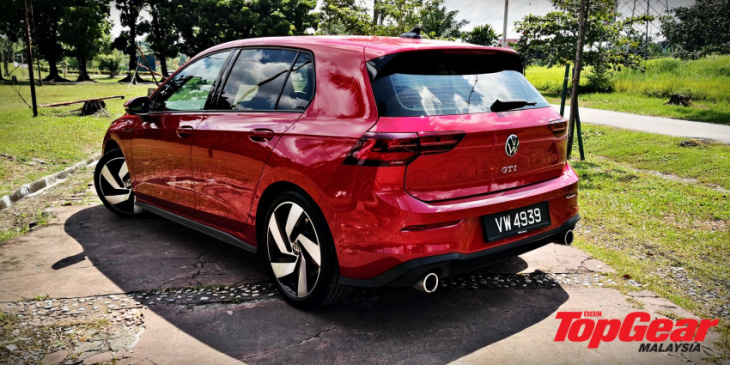 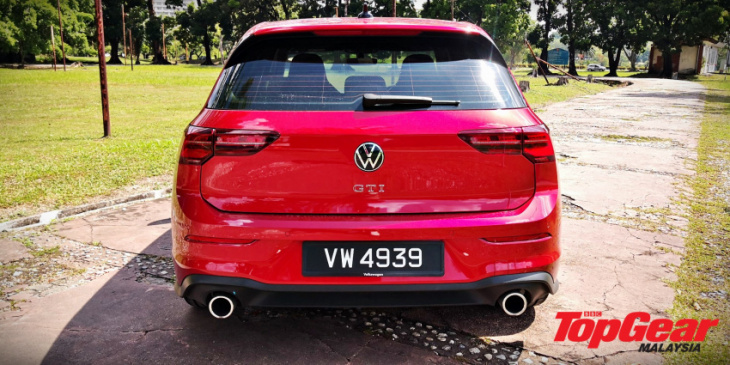 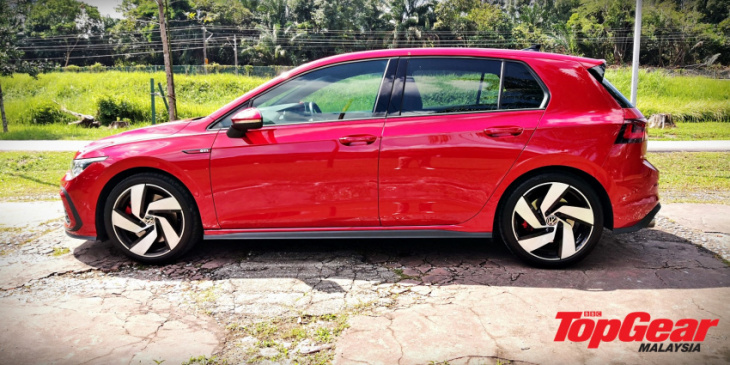 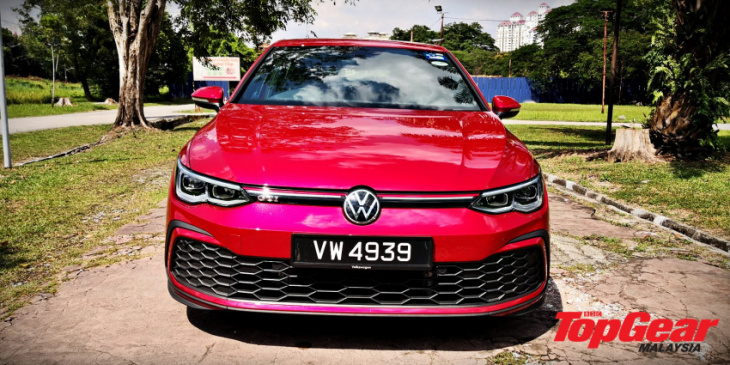 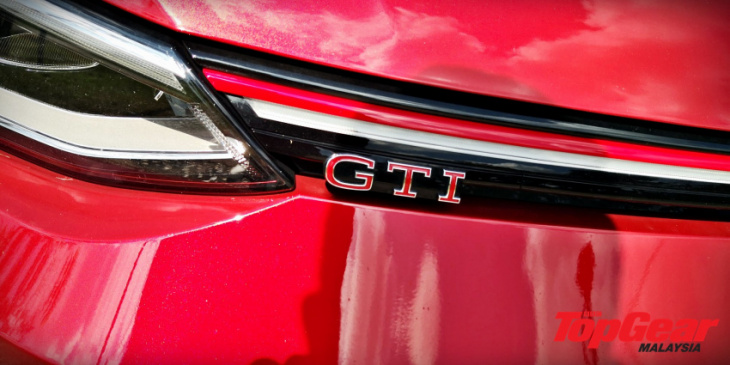 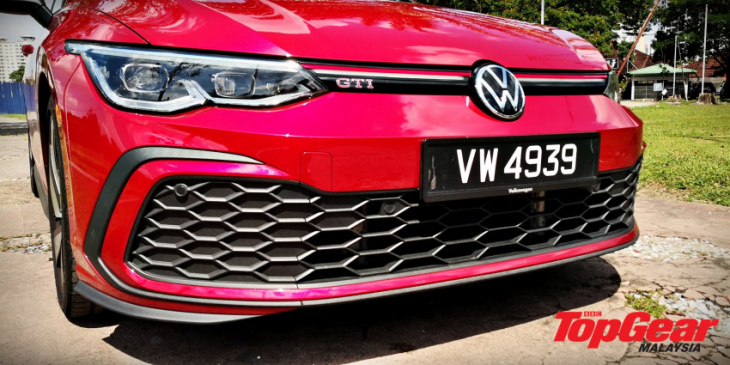 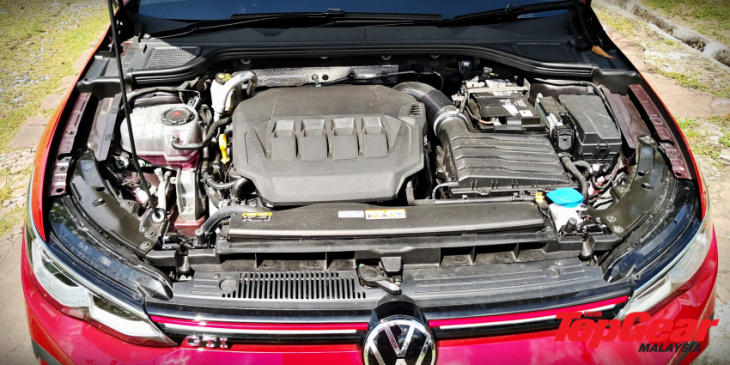 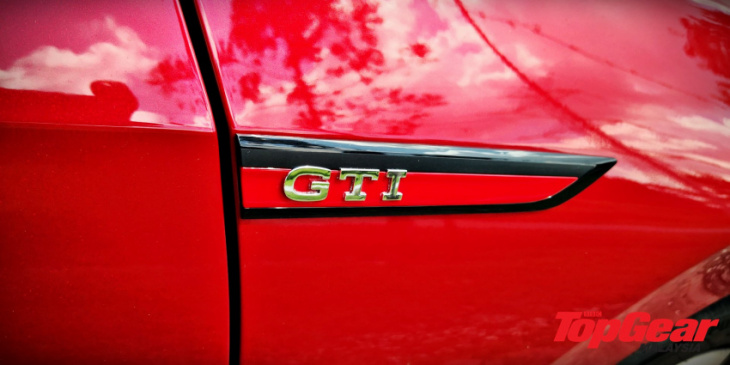 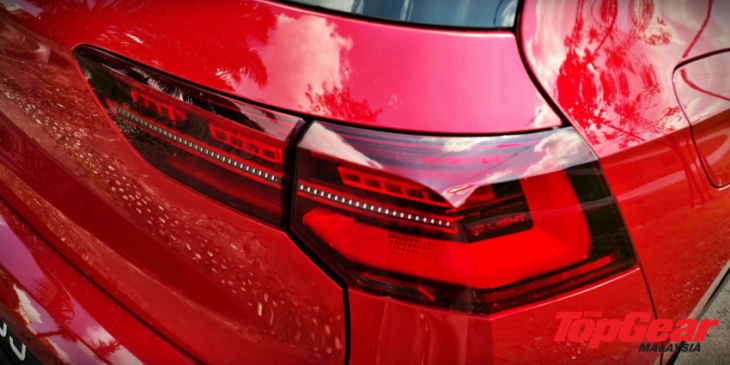 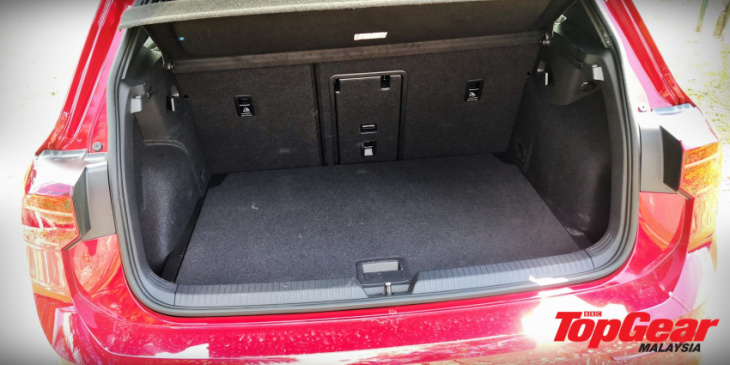 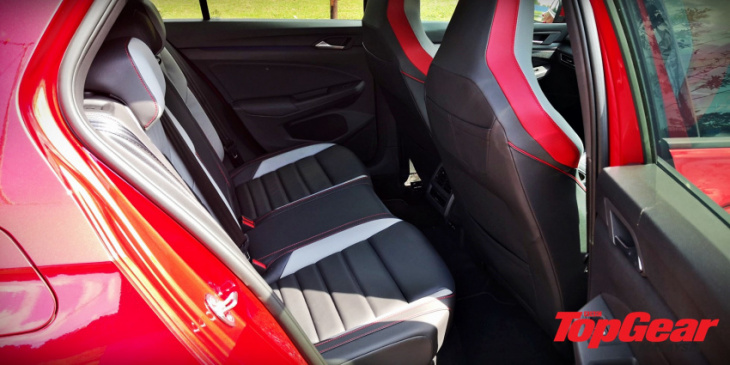 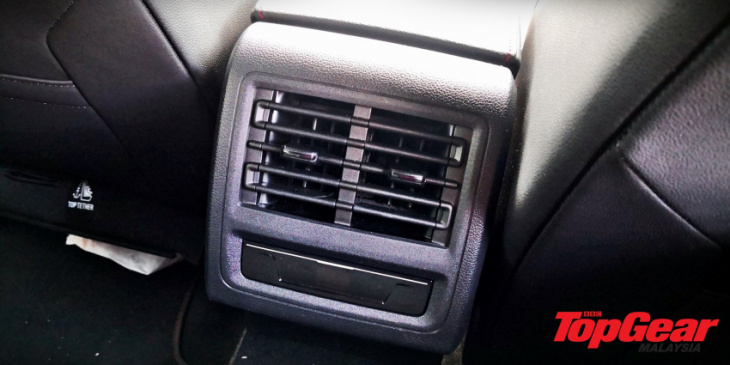 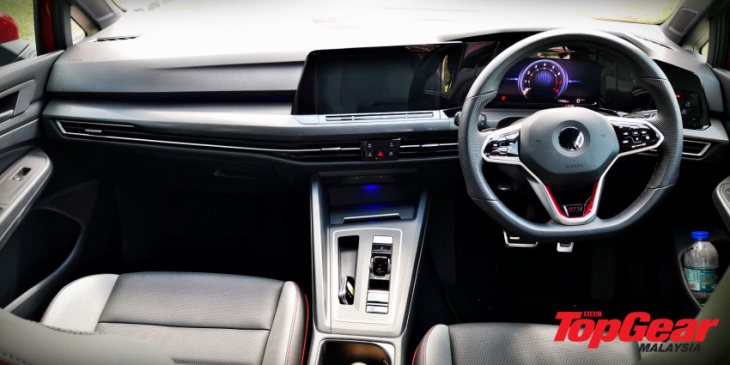 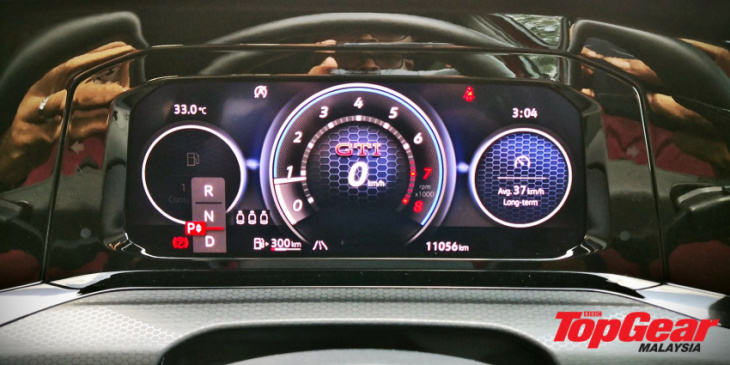 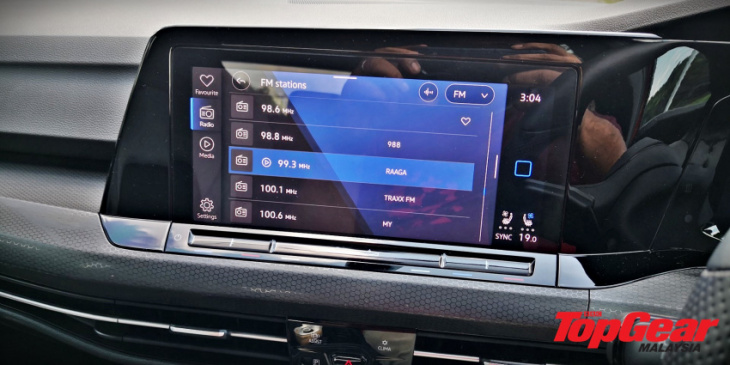 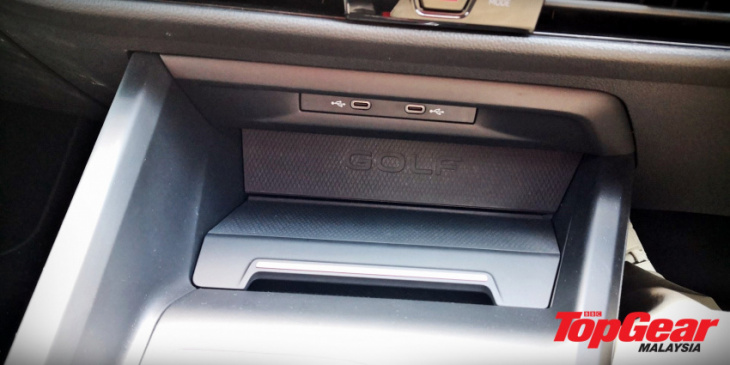 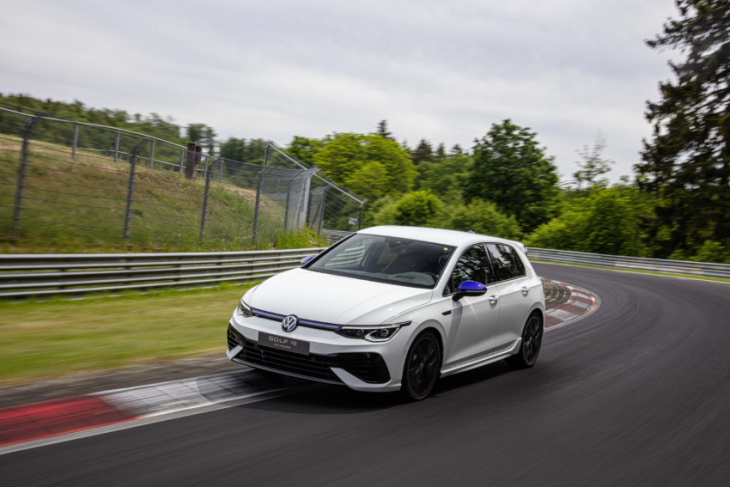 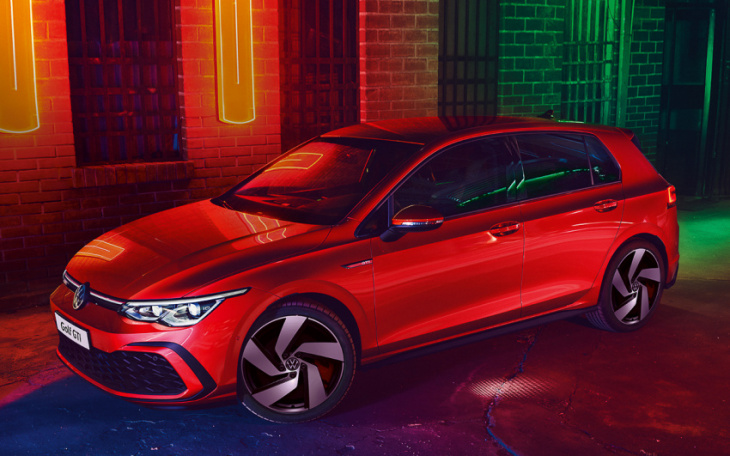 What is the Volkswagen recall for? Why did Volkswagen delay a recall for so long? Why were affected Golfs built after the fix was corrected? It is disappointing that Volkswagen is again the subject of more questionable practices over safety and consumer relations. In the past, it was over ...


View more: Report: Volkswagen Kept Stalling a Golf Recall As Long As It Could Get Away With

New England is awash in crossovers, SUVs and pickup trucks, even more so, it seems, than the rest of the world. This was by no means scientifically tabulated, more of a casual observation on a two-day drive through upper New York state’s Adirondack Park, across Lake Champlain by ferry to ...