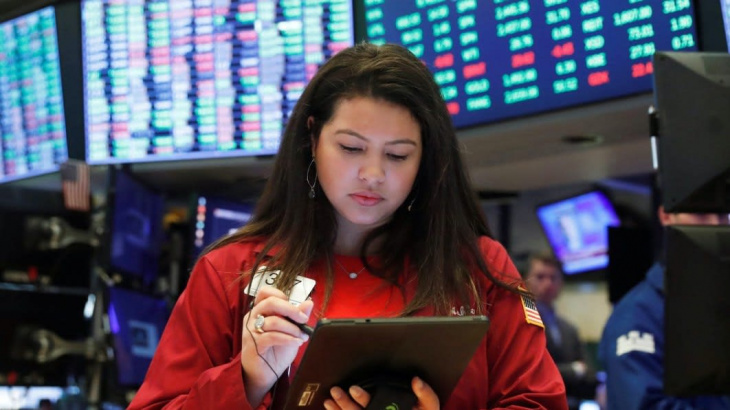 Shares of Apple and Tesla are becoming increasingly important to the portfolio performance of retail investors, and any stumble in those two stocks could set off a new wave of selling, according to Vanda Research.

Vanda believes the outperformance has been driven by Apple’s status as a defensive, high quality company favored by institutional investors, while Tesla’s meteoric rise over the past few years has attracted a large retail shareholder base and has led institutions to be weary of shorting the electric vehicle maker.

But while Apple and Tesla have delivered meaningful outperformance recently, any big drop-off in their stock prices could be the final straw for retail investors’ portfolios, forcing them to throw in the towel and unleash a new wave of selling in the stock market, according to Vanda.

“A positioning puke in these two stocks could be the coup de grace for retail investors’ PnL,” Vanda said.

Apple is starting to sell-off considerably, following reports that it is lowering production of its iPhone 14 due to demand concerns. The stock fell more than 1% on Wednesday as the market soared, and was down by about 4% in Thursday trades.

Apple’s sell-off could ultimately spread to Tesla and continue to drag down the stock market, according to Vanda.

“The danger here is that Apple’s U-turn around its production plans risks causing a significant unwinding of positions, dragging Tesla along on second-round effects,” Vanda said.

The only silver-lining to a capitulation by retail investors is that it tends to be a contrarian indicator that happens at or near stock market bottoms.

“While there’s still some further room to go, [retail capitulation] is closing in on levels that would mark an equity bottom. The typical path to retail capitulation is sudden and swift; therefore, we are paying close attention to any further deteriorating [market] internals,” Vanda said. 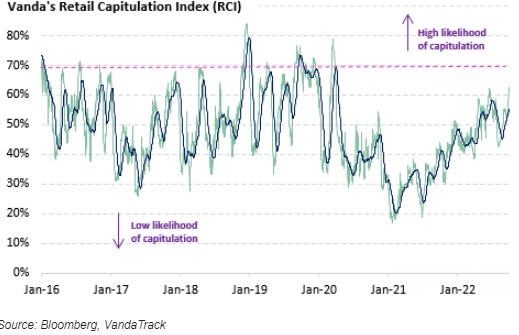 Keyword: Retail investors are about to throw in the towel and finally sell if Apple and Tesla stumble, Vanda Research says

The rumored Apple car has been delayed yet again, with Bloomberg reporting that the electric vehicle will go on sale in 2026. Apple has also scaled back its self-driving plans, with the car including traditional driving controls and only planned to be capable of autonomous driving on highways. The ...