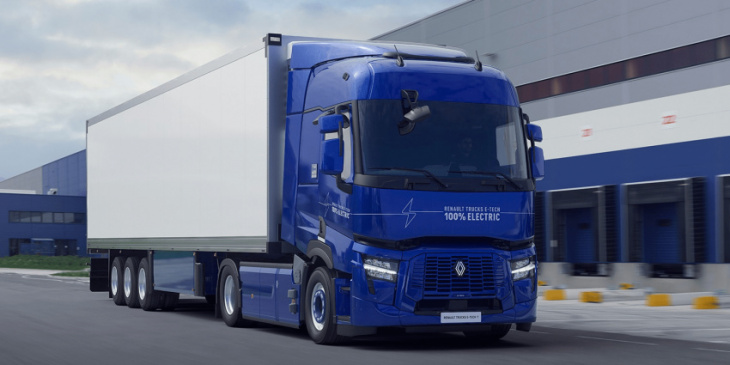 Renault Trucks is showing the design of its two all-electric heavy-duty trucks, the E-Tech T and E-Tech C, and has opened reservations for both models. Announced in March with initial technical specifications, the electric truck models will roll off the production line in Bourg-en-Bresse, France, from the end of 2023.

The commercial vehicle manufacturer announced that the duo, which weighs up to 44 tonnes, can now be pre-ordered at Renault Trucks branches in Europe – and hauliers already have the opportunity to reserve initial production slots. The E-Tech T has been designed for regional distribution traffic, while the E-Tech C is intended for construction site traffic. The French company has not yet made prices public.

However, the first technical details have been known since spring: The models are available as 4×2 and 6×2 tractor units as well as 4×2, 6×2 and 8×4 tridem vehicles and with two or three electric motors with a total output of up to 490 kW. The motors are connected to an Optidriver transmission. Two to six battery packs with a capacity of 180 to 540 kWh can be fitted as energy storage. Renault Trucks specifies 43 kW AC and up to 250 kW DC as charging power. The charging time is said to be 9.5 hours with AC or 2.5 hours with DC. According to the manufacturer, the range is up to 300 kilometres. 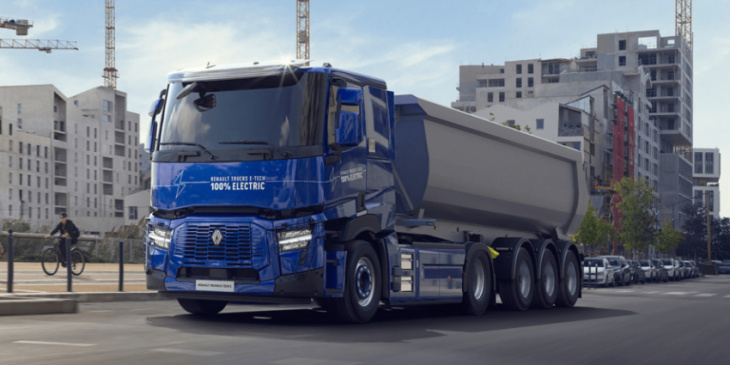 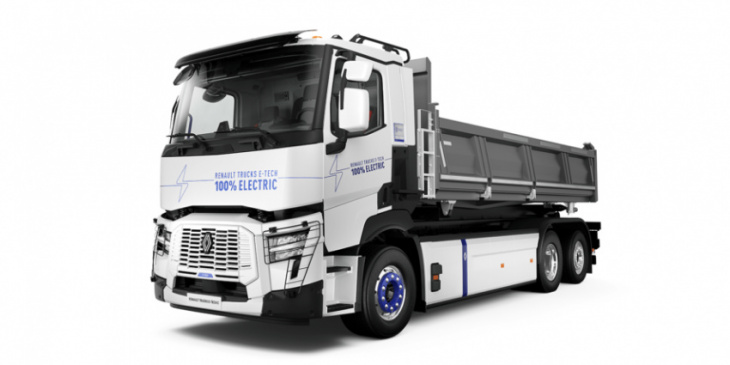 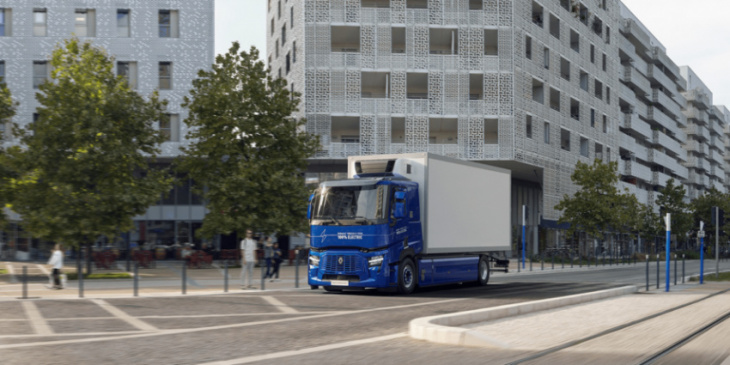 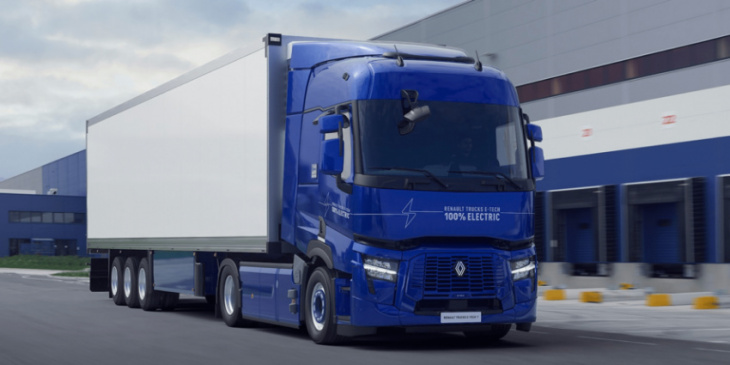 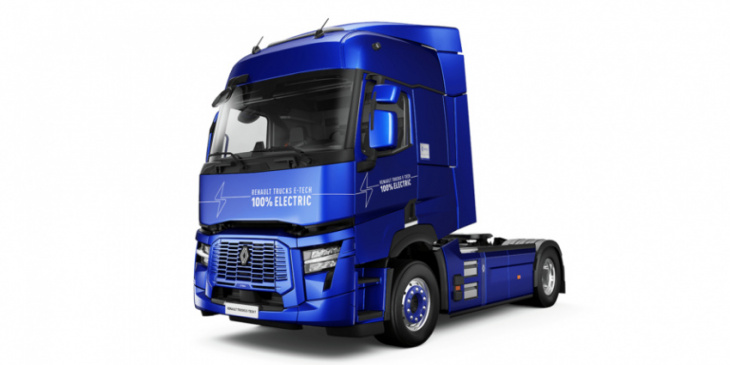 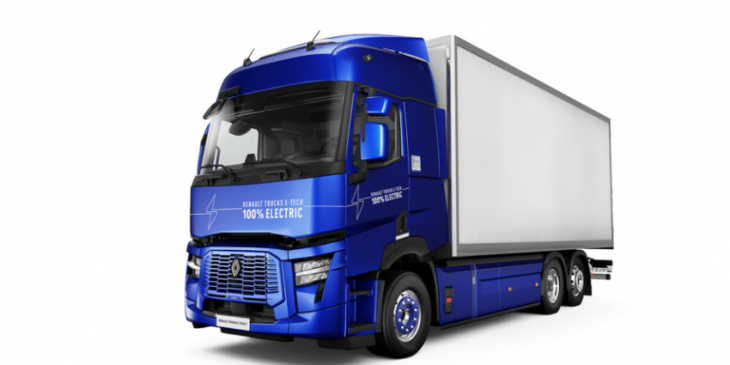 There are new specifications on the design, with which the heavy electric trucks are to be clearly identifiable as emission-free vehicles. Blue hubcaps and vertical stripes on the sides of the vehicle serve as identifiers of the brand’s electric trucks. In addition, the front end has been redesigned and completely painted. To improve safety, Renault Trucks has also moved the front 115 mm forward and fitted radar units on the sides. The chassis is also equipped with a retractable step to maximise battery space.

With the expansion of its electric range, Renault Trucks is taking another step in its eMobility strategy and targets: By 2030, the manufacturer aims to generate 50 per cent of its sales from electric vehicles. By 2040, 100 per cent of the vehicles marketed are to be locally CO2-neutral.

According to information from the spring, another vehicle is already in the planning stage – namely for freight transport in inner cities. For the new project, called ‘Oxygen’, Renault Trucks has teamed up with Geodis, the freight division of the French state railway SNCF. The two companies want to develop an electric 16-tonne truck at a similar cost (TCO) to a diesel vehicle.

Now in its third generation, the Renault Kangoo launches next April in Australia with electric as well as petrol power. Renault is ready to hit the small van market hard in Australia early next year with what is expected to be this country’s least expensive electric vehicle (EV) van, ...