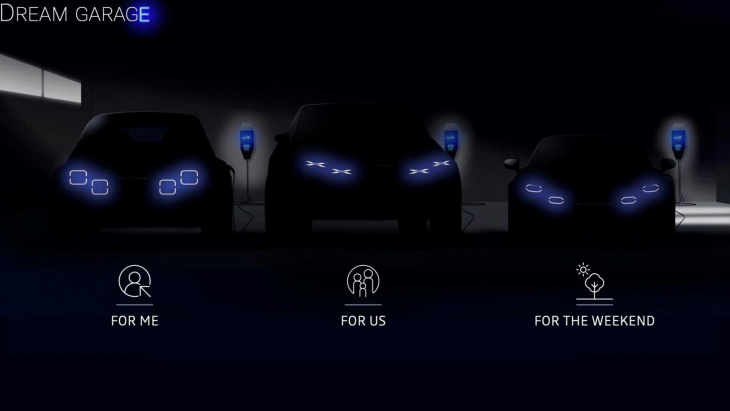 Previously unannounced models will be the key to the brand’s global expansion.

In case you’ve missed the memo, Alpine will morph into a purely electric automaker in the years to come. As shown in the teaser image above, Renault’s performance sub-brand has already announced three EVs as part of its “Dream Garage.” The French will kick things off with a hot hatch derivative of the reborn Renault 5 due in 2025. It will be followed shortly by a swoopy crossover and a sports car to indirectly replace the mid-engined A110.

The news here is two additional, larger models are in the pipeline for a release in the latter half of the decade. Renault Group CEO Luca de Meo told Automotive News Europe a midsize sport utility vehicle is scheduled to hit the market in 2027 and will be followed a year later by a larger SUV. He went on to say these will sit on a platform developed within the Renault-Nissan-Mitsubishi alliance or by a “leading EV player.”

Let’s keep in mind that parent company Renault has teamed up with Geely to create a new 50:50 joint venture that will employ 19,000 people to develop and build combustion engines and hybrid powertrains. The Chinese automotive conglomerate also has EV expertise since it owns Volvo and Polestar. Also important to point out is the electric sports car we mentioned earlier will be co-developed with the Geely-owned Lotus.

These two larger vehicles will be the key to Alpine’s global expansion. The company’s exposure has been increasing outside of Europe since 2021 when Renault’s factory team in Formula 1 was rebranded as Alpine. With F1 becoming more popular in the United States, partially thanks to Netflix’s “Drive to Survive,” Luca de Meo believes the pair of bigger EVs would make sense in North America.

A potential entry into China is also considered as Alpine is target 15 percent of annual deliveries to come from outside Europe by the end of the decade. Renault Group’s top brass said sales outside of the Old Continent could eventually reach 50 percent of the total.

Get Up To Speed With Alpine: