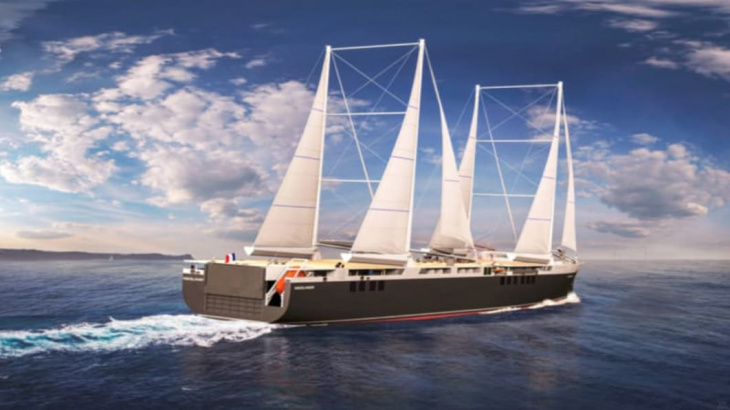 Going green on the ocean may take another step toward reality in about two years, when Renault is expected to load automobiles aboard wind-powered ships for delivery around the world.

The partnership between the car maker and Neoline, a French-based company, aims to reduce Renault’s global carbon footprint by eliminating many of the emissions from traditional fuel-powered cargo ships. Neoline officials said that, when propelled solely by the wind, their sailing ships’ total emissions drop by as much as 90 percent. The roll-on-roll-off ships will use solid sails that are 50 meters tall.

The company says it will start testing the program in 2024 by transporting vehicles to North America and other locales from Saint-Nazaire, in western France. Renault has pledged to achieve zero carbon in Europe by 2030 and worldwide by 2050.

Renault, now part of an alliance with Nissan and Mitsubishi, hasn’t sold cars in the U.S. market under its own brand name since 1987. A U.S. return as been considered for years, and the partners are now in talks that could reshape the alliance. The shipper’s intent to deliver vehicles to North America is an intriguing wrinkle to those talks.

The firm says that about 300 to 400 vehicles can be shipped on each Neoline vessel, although the loading will take longer that it would using a traditional cargo ship. A demonstration vessel shown was 446 feet in total length and had more than 45,000 square feet of sail.

The partnership between Renault and Neoline was first announced in 2018.