There was a chance for a higher result, but the car's balance was quite inconsistent. 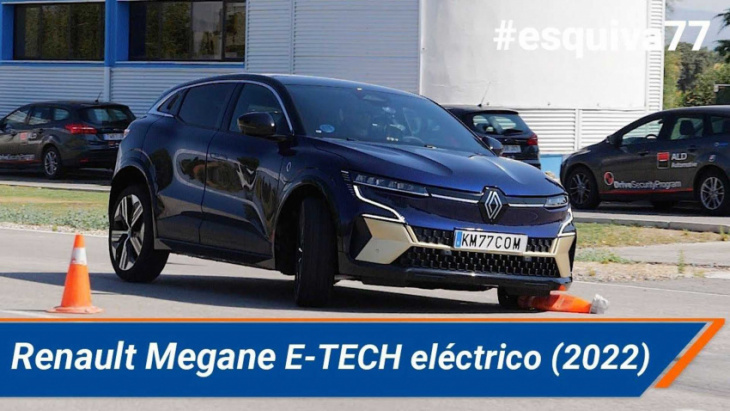 The all-new 2022 Renault Megane E-Tech is the latest all-electric model that was checked out on the track to determine its capabilities in the “moose test”.

According to km77.com, initially it appeared that the electric Megane could achieve a solid result of 77 km/h (48 mph), but it happened to be quite inconsistent – reactions of the car were sometimes neutral, understeer or oversteer.

The best try was 74 km/h (46 mph), which basically matches the Polestar 2, but at the same time, it is almost 10 km/h below the top results.

In the second part of the video, we can see that in the slalom test the Renault Megane E-Tech was able to achieve a time of 24.2 seconds, which is 1.4 seconds behind the Polestar 2 (22.8 seconds).


View more: The wild Renault R5 Turbo 3E is retro and cyberpunk at the same time

PARIS: Renault is paying tribute to one of the most cherished small cars of all time, the R5, and on the occasion of its 50th birthday, the French manufacturer is reviving the turbo version of their bestseller. Set to be unveiled as an electric concept car at the Paris ...