Ampere will combine Renault Group's know-how and assets with the focus and agility of an EV pure player, the automaker says. 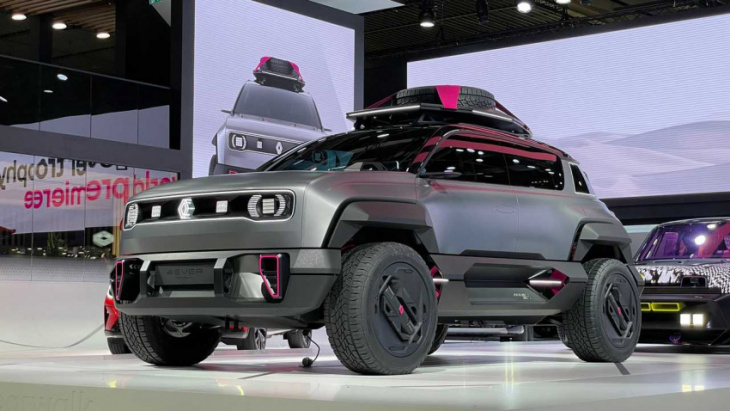 The Renault Group has created a new standalone company for its electric vehicle and software activities called Ampere, after French physicist and mathematician André-Marie Ampère.

The French carmaker says Ampere will combine the know-how and assets from Renault Group with the focus and agility of an EV pure player. The new company will be based in France and will be a full-fledged OEM with around 10,000 employees. Around 3,500 of them will be engineers, half of them specialized in software.

Renault says Ampere’s lineup will consist of six electric cars before 2030, positioned in the fastest-growing segments in Europe covering 80 percent of the EV mainstream profit pool—the B segment and C segment. 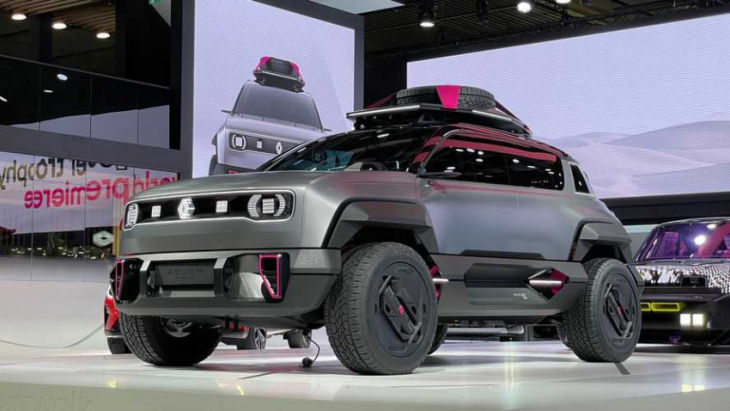 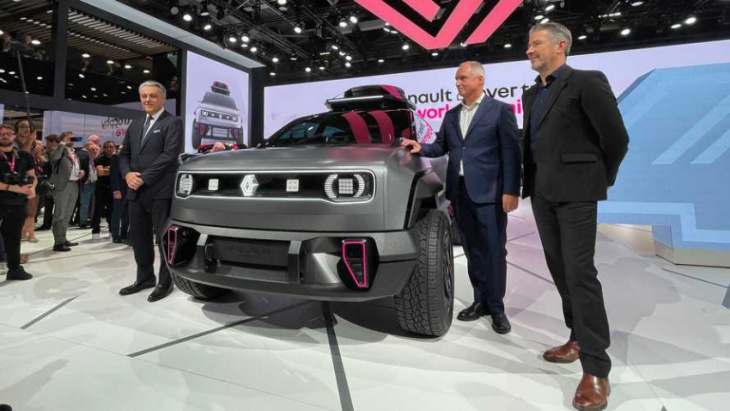 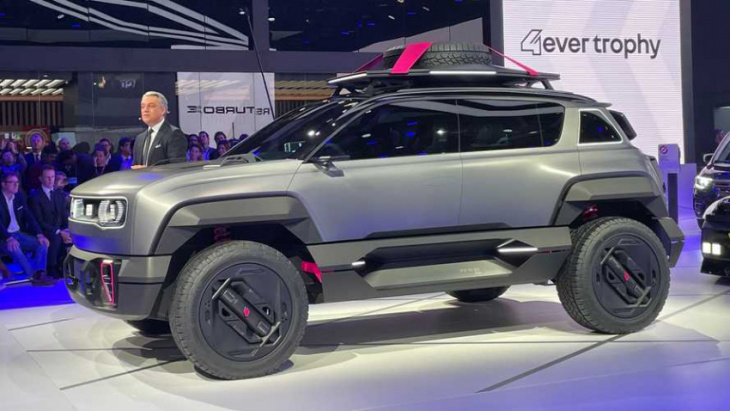 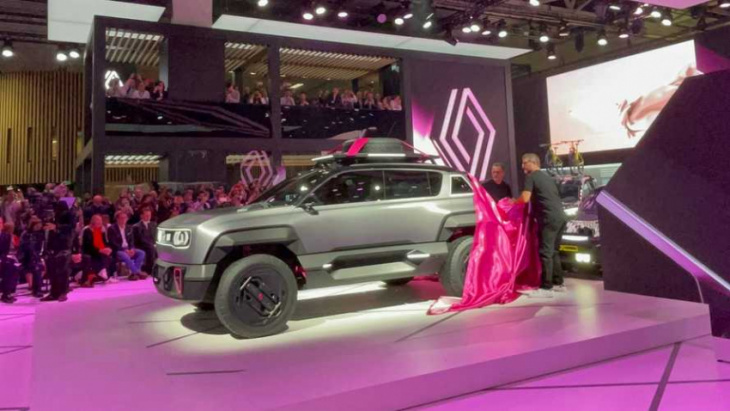 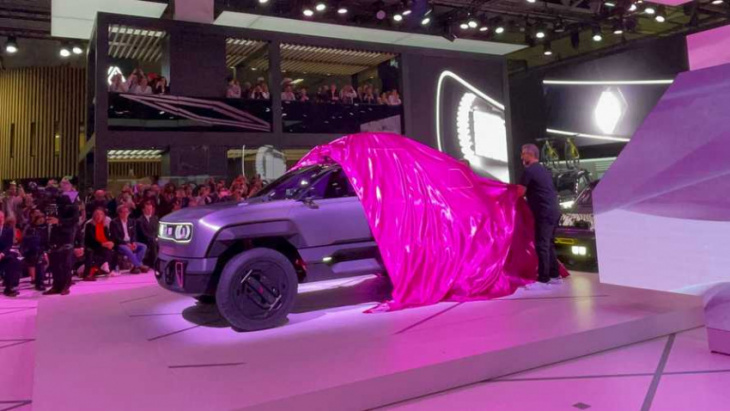 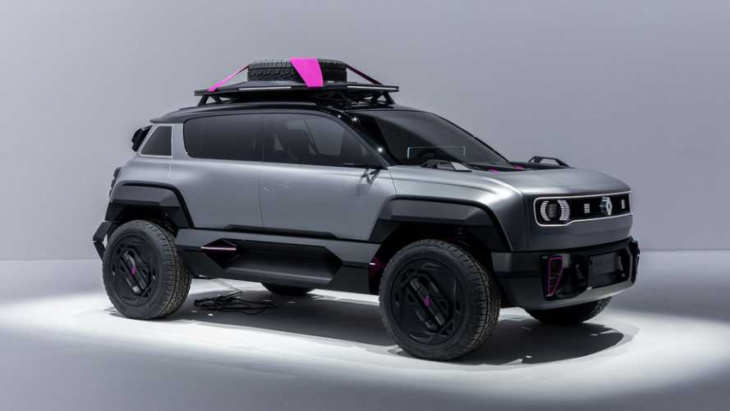 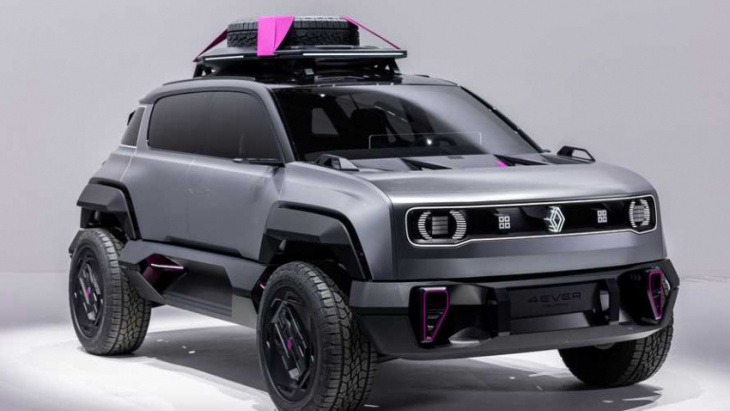 In the subcompact segment, Ampere will have the new Renault 5 Electric and Renault 4 Electric—previewed by the 4Ever Trophy Concept in September—while its models in the compact segment will include the Megane E-Tech Electric, Scenic Electric and two as-yet-unannounced models. Renault Group says that a large portion of the investments in the first four vehicles has already been spent.

In 2031, Ampere targets a production of around 1 million EVs for the Renault brand. The carmaker expects Ampere to achieve above 30 percent of compound annual growth rate (CAGR) in the 10 years to come.

The ElectriCity industrial complex located in the Hauts-de-France region consists of three Renault plants—Douai, Maubeuge and Ruitz—with a production capacity of 400,000 vehicles from day 1, scalable to 1 million leveraging other Renault Group facilities. By 2025, Renault says that a vehicle will be produced at ElectriCity in less than 10 hours. ElectriCity also offers a unique local ecosystem with 80 percent of its suppliers within a 300-kilometer (186-mile) radius.

Thanks to its European-based supply chain, Ampere says it will partner “with the most relevant partners” to secure the supply for more than 80 GWh required for its cars by 2030. From 10 percent coverage of the EV value chain in 2020, it is now above 30 percent and will reach 80 percent by 2030. 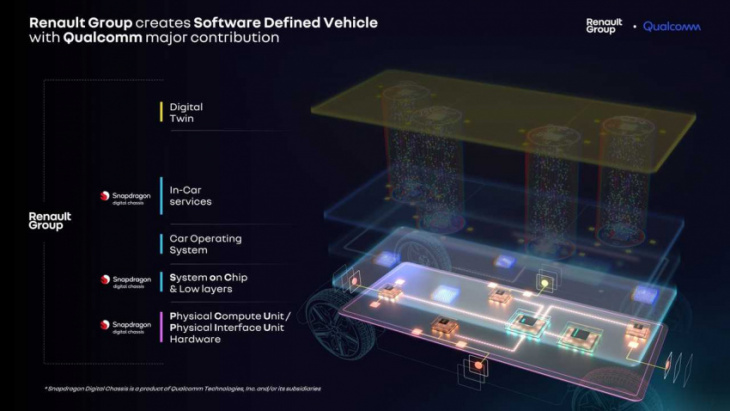 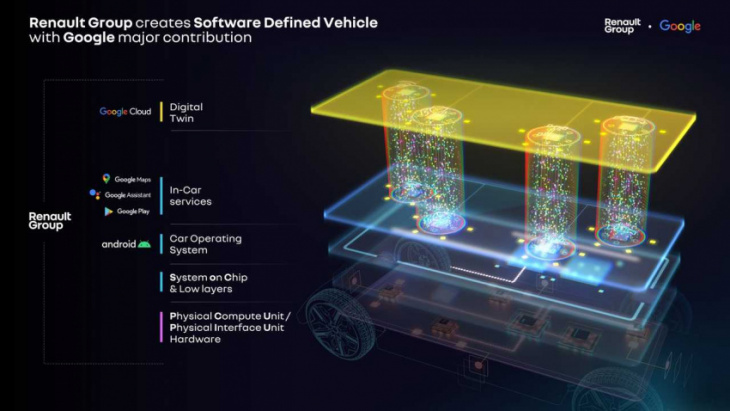 In terms of SDV tech, Renault Group will launch its first open and horizontal SDV in 2026 with help from two major tech players, Qualcomm Technologies and Google. The former will help the carmaker develop high-performance computing platforms based on Snapdragon Digital Chassis solutions for the Centralized Electronic Architecture. This includes System on Chip and low layers software in addition to features, in-car services and applications.

The collaboration with Google will consist of an Android-based platform for Software‑Defined Vehicle and cloud software to enable a SDV digital twin.

In the short term, Renault Group plans to float Ampere on the Paris stock exchange in the second half of 2023. The automaker will keep a “strong” majority of shares for itself and welcome the support of potential strategic cornerstone investors, including Qualcomm.