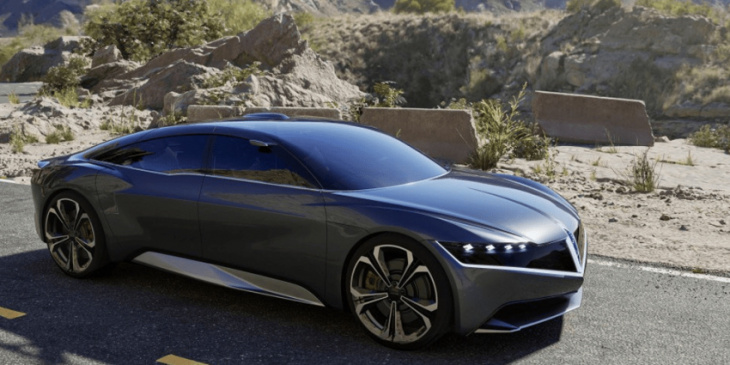 BeyonCa is a new electric car start-up from China. BeyonCa was founded by Renault China CEO Soh Weiming and Dongfeng Motor, has a headquarters in Beijing, a design centre in Munich and a development site for artificial intelligence in Singapore.

In addition to Soh, who was responsible for VW’s China business for a long time before joining Renault, the founding team also includes Christian Klingler (VW board member for marketing, sales and after sales until 2015), Hans-Joachim Rothenpieler (Audi head of development until 2020) and Dirk van Braeckel (former Bentley designer). In addition to Dongfeng, Renault also has a stake in the start-up. More on the company’s financial resources below.

Soh, who remains active as Renault’s China boss, had founded a car company called Binli Intelligent Technology in early December 2021 and brought in Dongfeng Motor as an investor and manufacturer early on. The new name BeyonCa stands for Beyond the Car. The company has set its sights on the luxury class as its target segment. “We have set out to define the super-premium smart EV segment,” says the chairman. BeyonCa will initially produce in China, but plans to set up an overseas plant within five years. The goal is to sell 100,000 electric vehicles annually, according to an accompanying company statement. In the second half of the decade, it wants to offer three to five models, it said.

BeyonCa has directly revealed a first concept with the GT Opus 1. It is a luxury sedan that is to go on sale in 2024. The Opus 1 is powered by unspecified electric motors, which are fed from a 130-kWh battery. The production model will have an 800-volt architecture. These are the details from the official announcement. Further details about the vehicle are made public in media reports. The British magazine Autocar reports that the GT Opus 1 supports both CTP (cell-to-pack) and CTC (cell-to-chassis) battery installation. The charging power is said to be 350 kW, the vehicle length 5,200 millimetres and the wheelbase 3,000 millimetres. In addition, the GT Opus 1 is said to be only a basic model, which will be followed by a more powerful R version. And: According to information from the German trade magazine, SUVs are also planned among the other models, in addition to large saloons

Furthermore, Soh wants to price the production model of the GT Opus 1 from about 1 million yuan (from about 140,000 euros). The concept car is already very close to series production, the series version will be presented at the Shanghai Motor Show in 2023.

Officially, BeyonCa wants to capitalize on smart vehicle functions that are not originally built into cars. The best example is the sensors installed in the GT Opus 1 to monitor the driver’s blood pressure. In the event of an alarm, the limousine should be able to independently notify a company’s internal cloud medical service and stop safely on the hard shoulder. With this in mind, BeyonCa has specifically appointed a Chief Health Officer in its governing body.

With reporting by Cora Werwitzke, France.