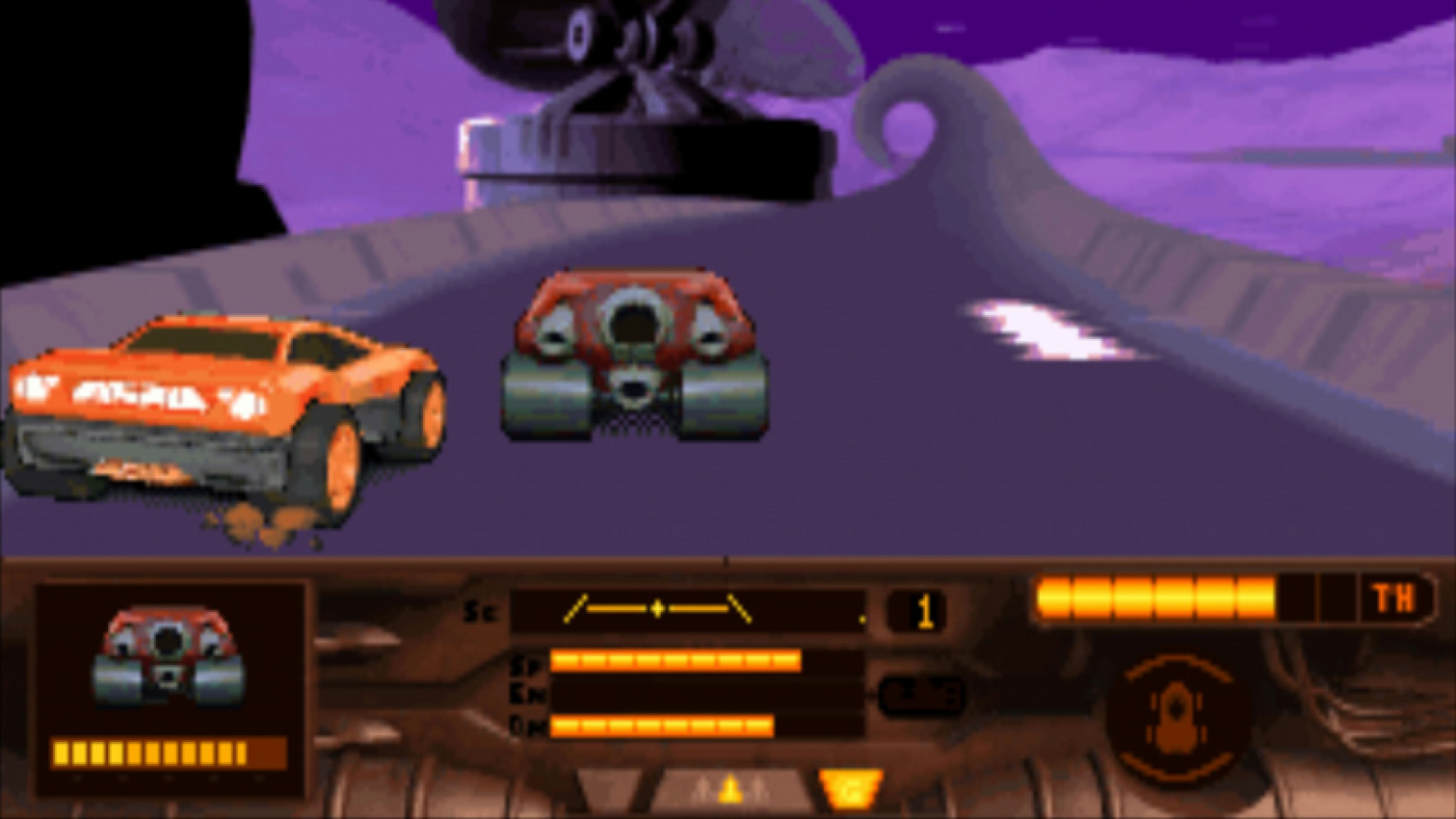 You can’t control when inspiration strikes, so it must have been a blessing and a curse when Cryo Interactive came up with a concept for a grand sci-fi racing game in 1993, a time when most home computers were barely capable of rendering your family finances spreadsheet.

Instead of the development team attempting to construct a full, Blade Runner-esque dystopian cityscape out of the four or so polygons available to them, they instead landed upon a cunning plan. Rather than real-time 3D graphics, the swooping, sweeping circuits would actually be a much higher quality pre-rendered CGI video, with the car sprites overlaid on top. Your accelerator acted less like pressing a gas pedal and more like fast forwarding a VHS copy of The Lawnmower Man.

Against all the odds MegaRace played pretty well, particularly as this was less about expertly clipping apexes and more about strafing your fellow racers with machine gun fire. As the ‘enforcer’ your goal was to chase down and eliminate the ‘packleader’ of a ‘vicious speed-gang’. All things that we’re sure sounded desperately cool back in the early 90s.

Tying the whole thing together is a futuristic reality TV show conceit, anchored by purposefully odious live-action TV presenter Lance Boyle, whose truly awful sense of humour is matched only by his atrocious dress sense. His sole purpose appears to be to pre-load you with road rage before the race has even started.

It’s all good clean fun, though. The game takes great pains to make clear that all this futuristic televised bloodsport stuff takes place in virtual reality and that the contestants only have to deal with the psychological damage of getting smeared across the asphalt on some distant planet. And let’s be honest, that’s probably still less traumatic than getting unceremoniously dumped on Love Island.