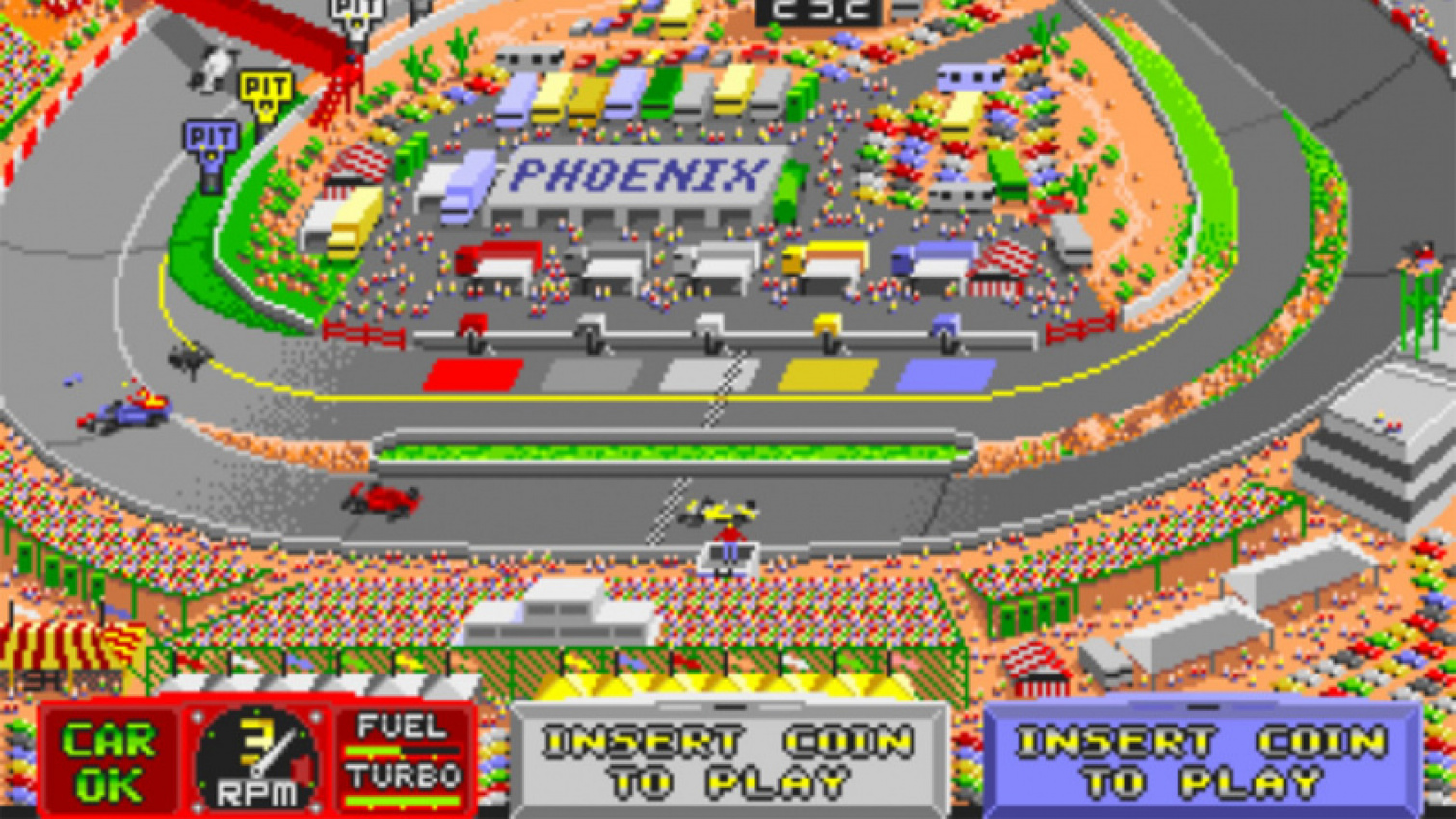 With a similar three player arcade cabinet to Ironman Ivan Stewart’s Super Off Road, Danny Sullivan’s Indy Heat applied the knockabout top-down racing format to fragile formula cars. Sullivan himself was most famous for winning the 1985 Indy 500 after spinning a full 360 degrees, so he was a fitting mascot for this typically chaotic arcade racer.

Taking inspiration from stops on the real-world Indy Car calendar, the game managed to cram surprisingly intricately designed tracks, including Long Beach and Burke Lakefront Airport, into a playfield that had probably fewer pixels than the display on your oven.

It turns out, though, that none of this was officially sanctioned by Indy Car, so by the time the arcade game made it to home machines, the tracks and events had to be hastily renamed. Somehow the ‘Tradewest Speed Bowl’ doesn’t quite have the same ring to it as the Indianapolis 500.

In between races, you could spend your hard earned winnings on upgrading different aspects of your car to stay on the pace. Or if you were paralysed by indecision, you could select the Danny’s Choice option and Sullivan would pick the upgrades for you. Given that Danny was also one of your competitors on track, that’s a bit like Lewis Hamilton popping over to the Red Bull garage and asking Max Verstappen to set his car up for him.

While the game looks simplistic by today’s standards, there was a degree of strategy required. You could either carefully negotiate the courses at a manageable speed and keep your car intact, or hare around at a frantic pace bouncing off the walls but have to pit multiple times just to put your flame-licked vehicle back together. Our favourite tactic by far, though, was shunting other cars out of their own pitboxes and flattening their mechanics before they could finish the repair job. See? Strategic.