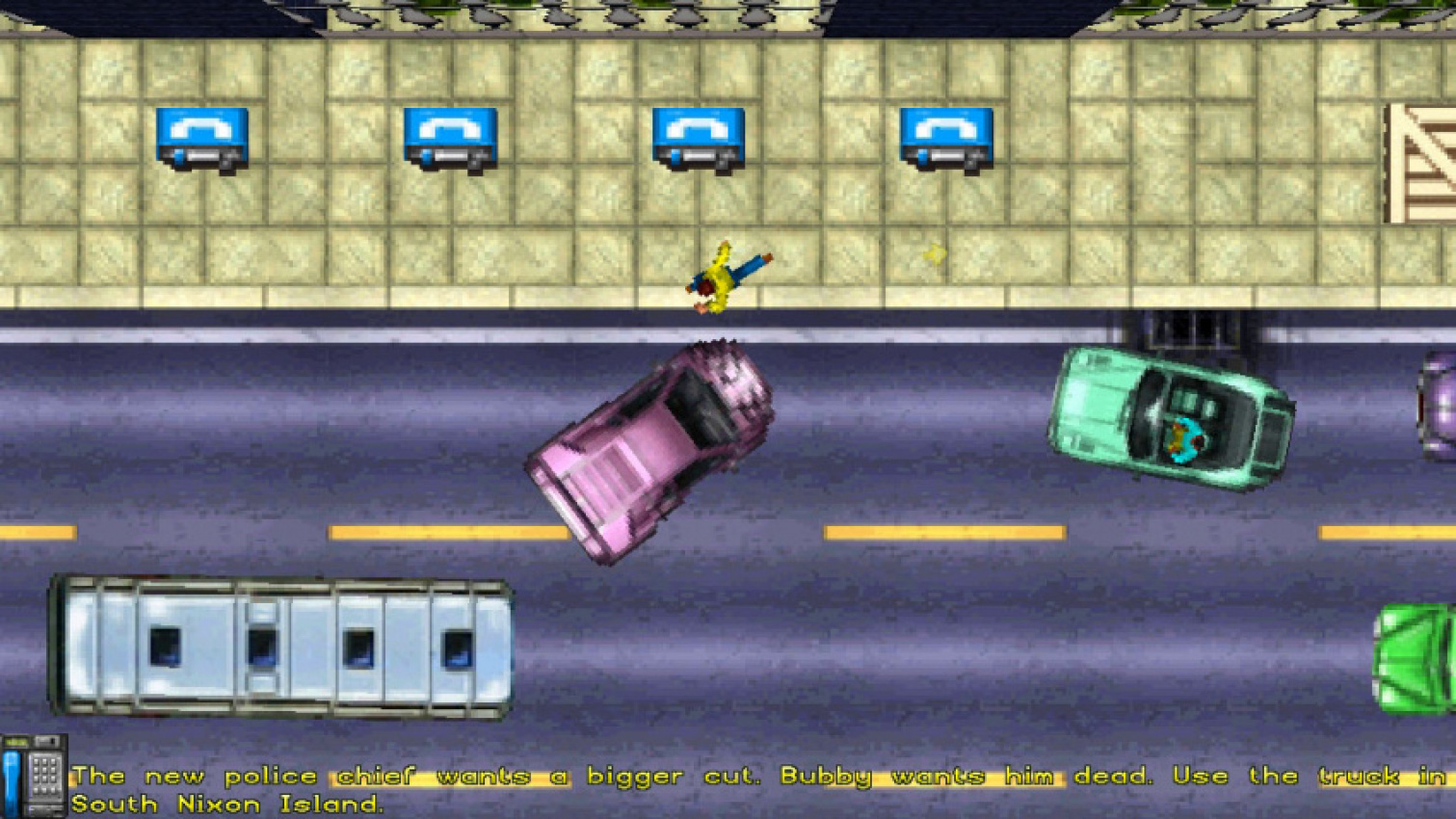 Looking back at the original Grand Theft Auto now, it’s hard to believe that the all-conquering GTA series started life as a slightly ropey-looking top-down crim sim. Whereas today you can make out every individual high definition hair in the lead character’s stubble, we spent most of the first game trying to work out which indistinct blob of pixels was our character’s head.

Don’t forget, though, back in 1997 games didn’t habitually look this basic. Even for the time, GTA’s aesthetic felt retro, particularly compared to Gran Turismo which came out in the same year. What GTA got right, however, was binning off the lantern-jawed heroism that most videogames of the time foisted upon you, swapping it for an illicit dose of filthy criminality.

If an Escort Cosworth rolled up at the lights, you just took it. If that resulted in a breakneck police chase across the city, all the better. And if one of the lines of peace-loving Hare Krishnas, who were really doing no harm to anyone, were unfortunate enough to get in the way? Well, accidents happen.

Naturally this sort of gratuitous violence didn’t go down well with the tabloid press, but legendary public relations specialist Max Clifford was hired to ensure that the media outrage only added to GTA’s appeal among gamers. It’s exactly that sort of controversy that the series still courts today, on its way to selling hundreds of millions of copies.

What’s surprising, though, is how much of the Grand Theft Auto formula the developer nailed at the first time of asking. Picking up missions in the open world, carjacking and even the radio stations are all present and correct. The difference is, with those simplistic graphics, there was a chance underage 90s kids might convince their parents this 18-rated game couldn’t possibly be that bad. Honest, mum…