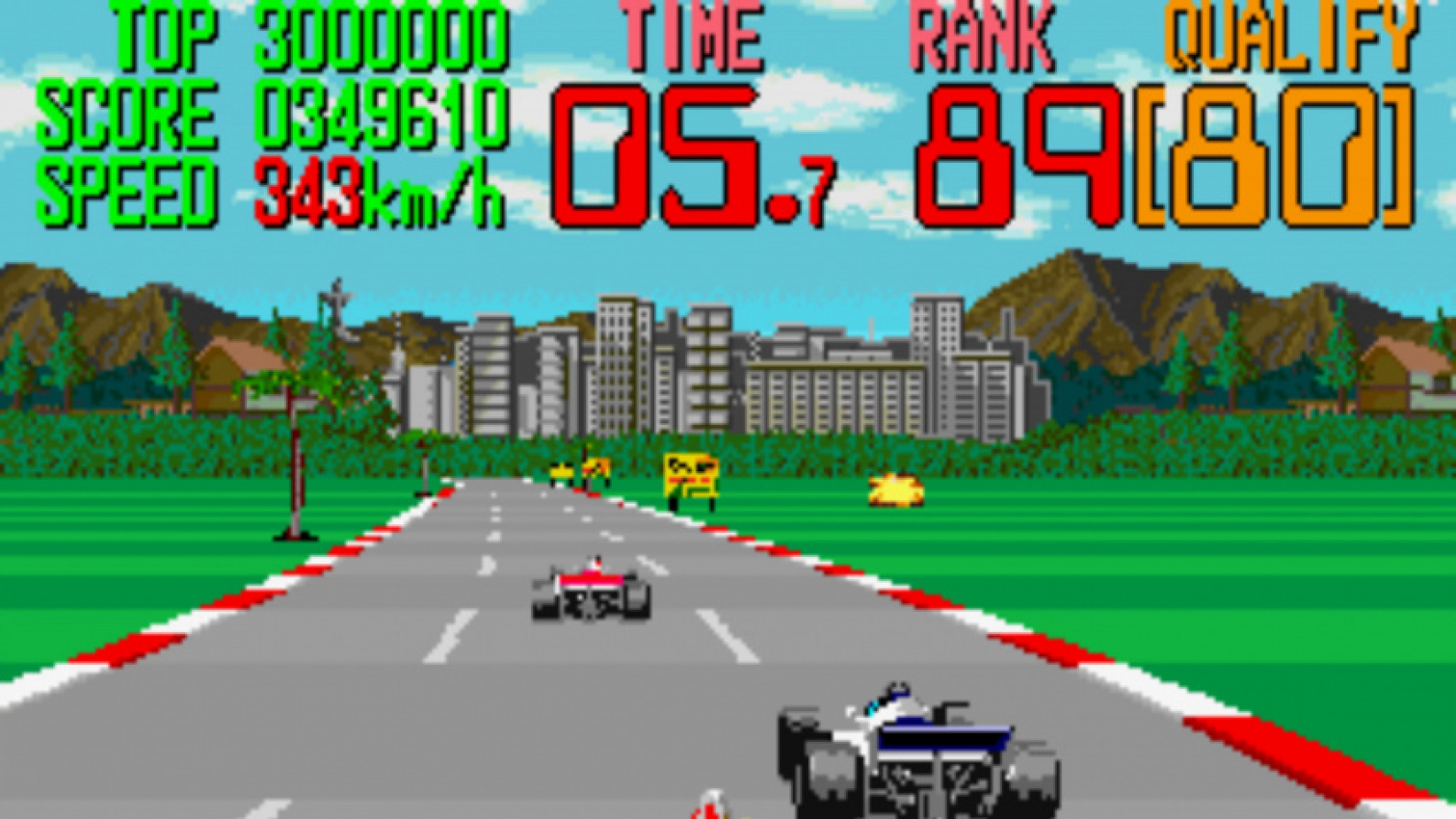 Released in 1987, around a year after Out Run, Continental Circus plonked players directly into the carbon fibre and kevlar tub of a turbocharged F1 car and replicated everything we loved about 80s Grand Prix racing: fat rear tyres, showers of sparks and extremely unruly handling. The F1 car in question was the yellow and blue Lotus 99T, famously campaigned by Ayrton Senna, though the in-game version had its sponsor logos subtly altered so as to avoid flogging cigarettes directly to game-playing children.

Perhaps the most realistic element, though, was the accurate representation of 1980s F1 car reliability. This was a fantastically difficult game and the slightest contact with another vehicle and your car would begin billowing smoke like a member of an aircraft display team. All was not lost, however, because you could dive into the pits for a quick blast of the fire extinguisher and you’d be free to rejoin the race: again, a realistic representation of 1980s F1 safety protocols.

Unusually, the coin-swallowing arcade versions of the game came with the pinnacle of 1980s gaming technology, licensed directly from the US Navy: a pair of shutter glasses that could be lowered onto your face to offer true three dimensional graphics and presumably instant, catastrophic eye strain. The 3D effect was impressive enough during the racing itself, but arguably most effectively deployed in an accident, when tyres and debris were launched directly at the screen. Well, either that or the ending sequence where the winning driver tried to bullseye you with a champagne cork.

As for the slightly strange title, Continental Circus, apparently it’s the result of a mistranslation in the Japanese original and the game should have been called Continental Circuit. That does also explain why we’re yet to spot a single trapeze artist.