This brilliantly cheery arcade classic had you not only chasing speed, but also flags and some hang time too 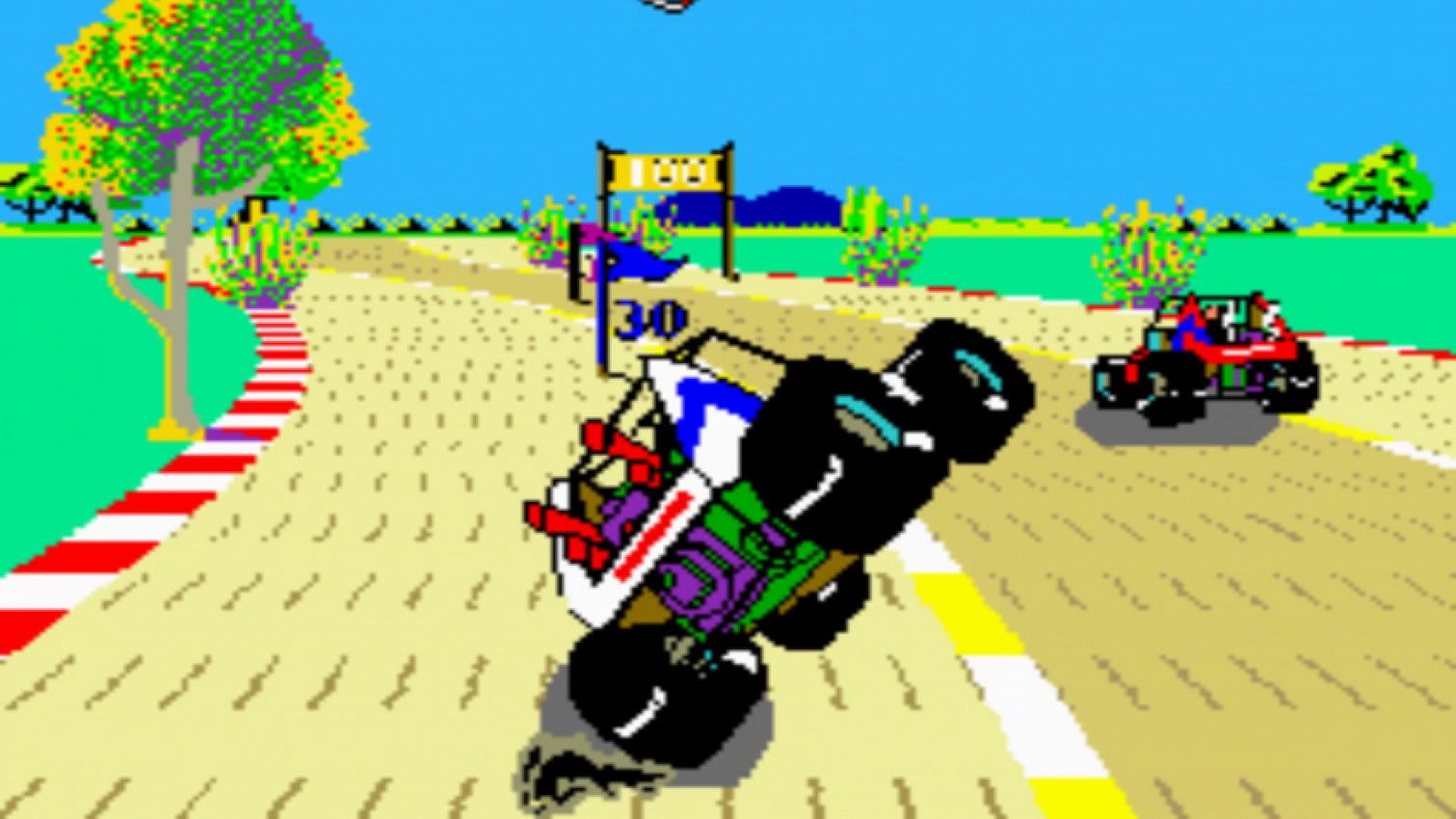 These days, when applied to videogames, the term ‘buggy’ usually means that the software is riddled with catastrophic glitches. Back in 1985 arcade racer Buggy Boy, it referred to the fact that you were planted behind the wheel of a bouncy offroad buggy, complete with fat black tyres and a rather flimsy-looking roll cage. Something that would be less alarming if it weren’t possible to clip a rock and pitch the thing onto two wheels.

While Buggy Boy did expect you to beat the clock to the finish line, what made this cheery racer unique was that raw speed wasn’t your only consideration. You were also tasked with collecting hundreds of colourful flags that were liberally strewn around the course, like you were on clean up duty after the Last Night of the Proms.

At least they were easy to spot. The game’s arcade cabinet featured three separate screens for a panoramic view of the course as it whipped by. Granted, large portions of the two outer screens were filled with featureless background, but it was still spectacular for the era. The game also ran buttery smooth for a brilliant sensation of speed, even though it pre-dated Sega’s superlative Out Run by a full year.

Courses did feature opponents ripe for wheel-banging, but your survival mainly depended on successfully slaloming through the huge boulders and fences that littered the five courses. Still, this is an offroad vehicle, so not every obstacle needs to be avoided – strike a horizontal log and the buggy would be launched into the lower stratosphere, coming back to earth with a satisfyingly springy thud.

Our favourite petrolhead detail, though? In what must have been a racing game first, when you drive into a tunnel, the engine note gets louder as it reverberates around. That’s a game made by someone who understands…