Red Bull determined to be 'the only team besides Ferrari that builds the car and engine.'

The Red Bull racing marriage with Honda just might be getting another chance, as talks about re-firing a closer relationship are a “logical and interesting” step for Red Bull, team boss Christian Horner admits.

Logical and interesting in the wake of the collapse of Red Bull’s talks with Porsche about a 50% works buy-in ended a potential deal. Red Bull team consultant Helmut Marko said he would instead be flying to Japan shortly for new talks with Honda.

Honda took an official step away from Formula 1 at the end of last year, but the Red Bull Powertrains-branded power units in the 2022 care are still based on Honda infrastructure.

In the meantime, Red Bull has been ramping up its very own engine operations.

“When Honda announced their exit from Formula 1, we changed our attitude and decided to build engines ourselves,” Horner told European outlet Speed Week. “That was associated with a clear risk, so a partnership with a fantastic company like Porsche was considered. It would have made perfect sense. But at the same time we managed to attract highly qualified engineers who are among the best in Formula 1 for our engine project. We set up the factory in 55 weeks and we already have our first V6 on the test bench.

“We developed it entirely by ourselves,” he insists. “We think we have the skills to go our own way.” 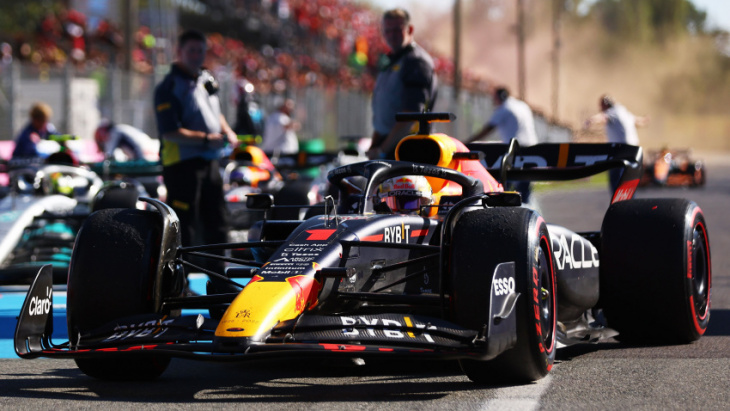 Horner says full Ferrari-like independence is now in Red Bull’s DNA, insisting that any collaboration with Porsche would have had to “respect these principles.”

“Porsche might have made sense,” Horner said, “but it would have significantly changed the identity and integrity of our team. In the future, we will be the only team besides Ferrari that builds the car and engine on the same site. It’s the next chapter in our F1 history.”

And Horner is not ruling out a scenario where Marko’s forthcoming talks with Honda result in a deal.

“With the new rules for 2026, it’s a completely new situation,” he said. “Honda justified its exit by concentrating on the electrification of production cars, but with the new regulations and the 50-50 split between combustion and electric motors, there is an interesting new situation.

“It would be logical and interesting to discuss the new situation with Honda, but it’s not an urgency.”

Don't expect the production version to have a racing seat and roll cage like this one.