Only six will be made. 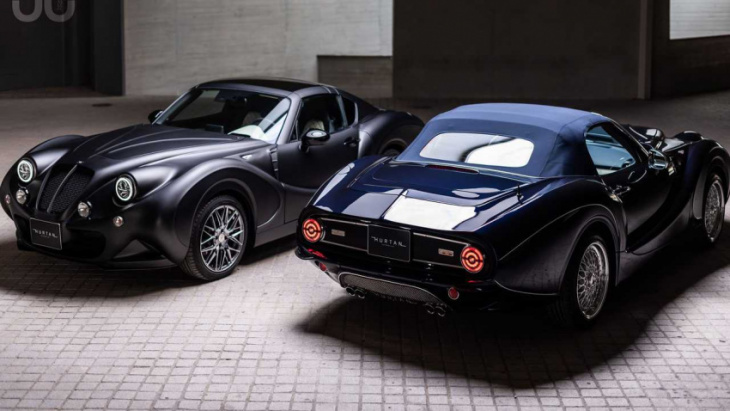 Spanish coachbuilder Hurtan has been rebodying cars since 1992 and is now celebrating its 30th anniversary with a fancy Mazda MX-5. The Miata ND-based Grand Albaycín has been around in both soft top and RF flavors since last year but this new special edition dials up the exclusivity. Only six will be made, all with retro designs taking cues from the sports cars of the 1950s and 1960s.

Customers will get to pick from three exterior colors (Lead Grey, Cherry Red, and Midnight Blue) and two interior finishes. Images show the sporty roadster with the manually folding fabric roof and the electrically operated hardtop. Hurtan intends to sell the heavily customized MX-5 roadsters with a choice between the six-speed manual and an automatic with the same number of gears.

Without seeing the interior, you’d have a hard time figuring out it’s actually an MX-5 underneath the skin. It looks like a 1960s British roadster, which isn’t as sacrilegious as it might seem since the original Miata NA was molded after Britain’s post-WWII roadsters. We’d argue the quad exhaust tips are overkill considering the Grand Albaycín retains the naturally aspirated 1.5- and 2.0-liter engines with 132 and 184 horsepower, respectively.

While the exterior represents an acquired taste, there’s no doubt the cabin is far more luxurious than what you’ll find in the standard ND. It makes us think of whether Mazda’s ill-fated Amati premium brand ever intended to give the beloved Miata a high-end version.

Hurtan isn’t only modifying Miatas as they also have the Author, serving as a reskinned Chrysler PT Cruiser, along with the Route 44, a bulbous Fiat Ducato / Ram ProMaster with a retro appearance. The Granada-based coachbuilder also sells the Vintage, a Jeep Wrangler with a 1930s-inspired makeover.