The automaker will sell both ICE and EV lineups for as long as it can. 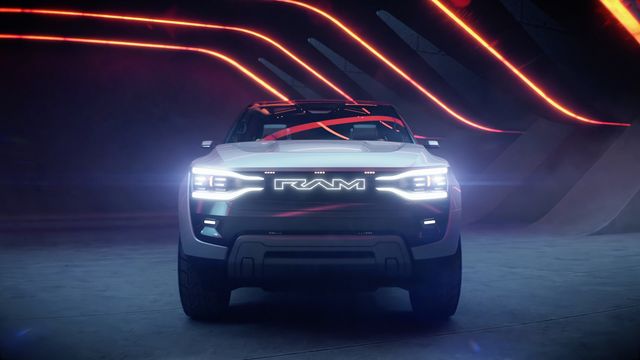 With the CES 2023 debut of the 2024 Ram 1500 BEV Revolution Concept, the world got its first look at what electrification might mean for the truck and van-exclusive brand. R&T sat down with Ram brand CEO Mike Koval to discuss his aims for the production-ready Ram 1500 BEV lineup and how internal combustion still fits into the brand’s future plans.

Unlike General Motors or Ford, Ram’s vehicle portfolio doesn’t reach into each and every market segment. Ram offers no compacts, no mid-sizers, and as yet no EVs. The automaker is focused on building pickups and vans, with significant emphasis on commercial and fleet vehicle customers. Buyers in these segments have specific needs for their vehicles beyond your average consumer, and rely on their vehicles to make a living. In an effort to retain its passionate customer base during the EV era, Ram went around the country to speak with current truck owners in over 25 cities. Koval noted the survey highlighted that customers from every brand were unwilling to compromise on certain performance metrics, but that electrification itself wasn’t a non-starter for most. 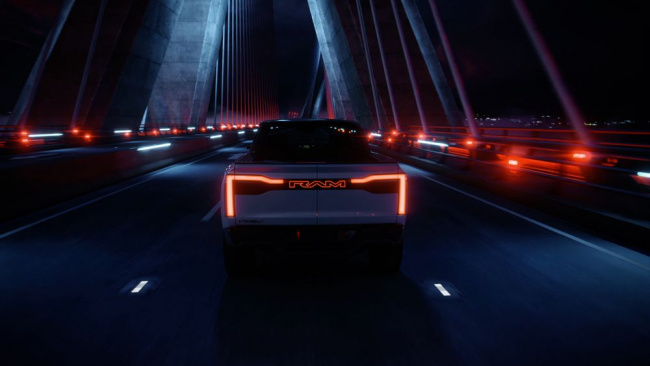 Ram buyers are open to EVs… if they can tow

“We heard everything from the benign to the absurd and everything in between, including people who absolutely wanted nothing to do with an electrified pickup,” Koval told R&T. “But the conclusion from all of that feedback, which was invaluable, was this: We are open-minded to the idea of heavy electrification in the pickup truck segment, but trucks still need to do truck things. Do not sacrifice or compromise on the core attributes that we find the most valuable, which are payload, towing, range, and charge time. With that being our north star, that’s really how we’re going to connect our current owner base to the future. To maintain and push past what the competitors have announced on those core key attributes.”

Koval is aware of the fact that Ram has been a laggard to the EV game in recent years, with both Ford and GM beating it to market with fully electric trucks, to say nothing of young startup Rivian. Koval has said this is actually beneficial for Ram, as it has allowed Stellantis’ engineers on both sides of the Atlantic more time to improve upon and validate its performance goals. Besting competitors in towing and payload is an incredibly important part of the brand’s electrification strategy, highlighted by current EV truck customers voicing frustration about those metrics in particular.

“We think we have a better suite of solutions than the other guys, and we think we’re coming to market at exactly the right time, when the demand is better and the infrastructure is more mature,” said Koval. 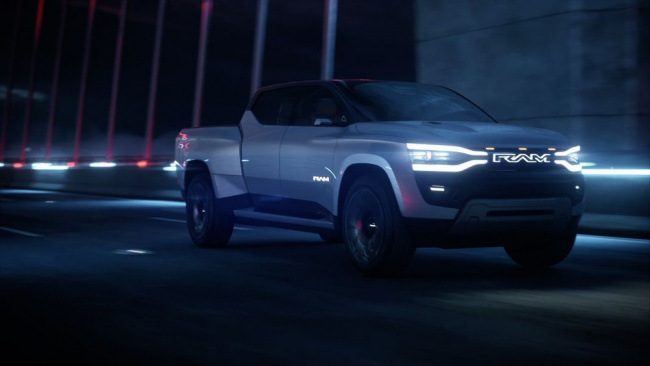 Ram says EVs must be affordable

Regardless of the benefits provided by an extended engineering timeline, Ram will still face the same pricing pressures as other automakers in the EV segment. While the Ford F-150 Lightning Pro set a high bar with its initial base price of $39,974, Ford has raised the price several times, resulting in a current MSRP of $55,974. For comparison, an entry-level F-150 XL powered by gasoline starts at just $33,695. Chevrolet’s Silverado EV hasn’t arrived on showroom floors yet, but GM is targeting a base price of $41,595, which includes a $1,695 destination fee. Considering the price hikes taking place down the road at Ford, it seems unlikely that GM will be able to hold on to that offer. The basic Silverado EV WT also won’t be available at launch, which means real-world prices will ultimately be higher. A standard Silverado WT currently runs for $36,300. These are both well down, at least, from the Tesla-like stratosphere of Rivian, which has waffled on its base prices in the $60-70,000 range.

This price disparity is something that Ram is particularly focused on according to Koval, in part due to the importance of the brand’s fleet customers. The executive noted that in order to limit the costs passed onto consumers, the company will need to find ways to earn back value. These savings will come from phasing out options customers have deemed frivolous, removing mass from the trucks themselves in an effort to improve efficiency, and by reducing complexities in the production process. Koval also stated his desire to mirror the current ICE-powered Ram truck lineup as far as pricing strategies are concerned.

“If EVs are not affordable to the mainstream, I’m not sure what we’re really doing,” Koval told R&T. “I would ask you to look no further than our current in-market lineup for Ram, and I envision when we bring our electrified solutions to the market in the very near future that our EV lineup will take on similar characteristics.” 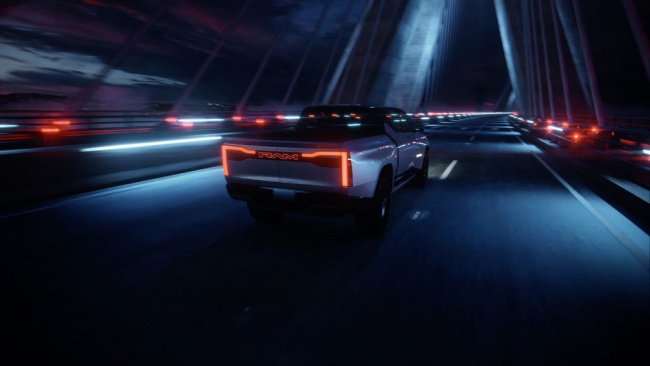 No plans to phase out internal combustion

Despite all of the news about electrification coming from Ram, don’t expect the brand to give up on internal combustion quite yet. Koval made it clear to R&T that he has no plans to phase out the current in-market offerings, and will sell the BEV alongside the time-tested products. This should help protect affordability for middle-class buyers, while also meeting the performance needs currently not matched by electric vehicles. The automaker hopes this will help retain the current customer base while allowing first-time buyers to be introduced to the brand.

“I think once we can start winning over hearts and minds with the pickups, especially because of their unique challenges, then I think we’re off to the races,” Koval said.

Once the Ram 1500 BEV arrives in 2024, we can expect the lineup to quickly populate with familiar offerings. The company intends to build an electric truck aimed at fleet customers a la the current Tradesman offerings, as well as a suite of luxury and off-road oriented products. Koval even hinted at the possibility of an electric take on the sport truck segment thanks to the versatility of the brand’s STLA Frame architecture. 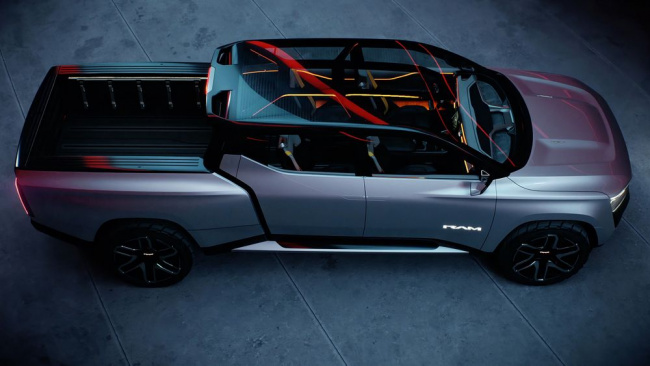 “The way we designed our EDMs for the STLA Frame architecture, I can envision a future where we look at doing some high-performance stuff,” Koval told R&T. “Look at the TRX today and what that has done for us on a global basis. From that perspective, the future is pretty darn exciting.” 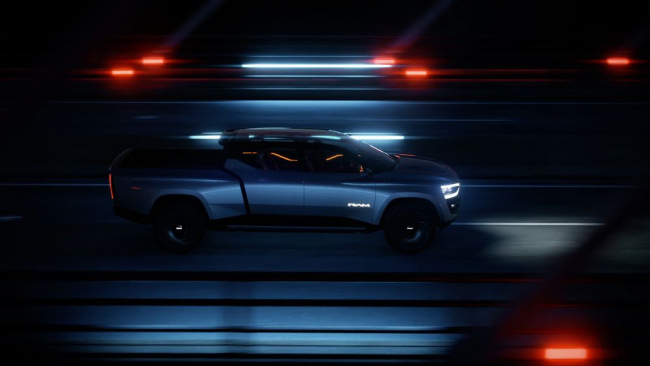 All-terrain capability and a top speed of 70 miles per hour sounds like a perfect recipe for a fun time.

Medium In the midst of the Great Recession, and despite working through Chapter 11 bankruptcy, Chrysler pushed through the release of its redesigned half-tons, followed by its HD Rams for the ’10 model year. Despite the severity of the situation, and the subsequent reorganization of the automaker, it proved a ...

Many youngsters have taken up content creation as a mainstream job. In order to establish themselves as social media influencers, they often try to create content like videos that can go viral on the internet. One such video made by an Instagram influencer girl has landed her in trouble. People ...

The million-dollar question is: Does Ram plan to sell it in the US?

Ram 1500 Revolution concept Who: The American pickup truck giant What: It’s first all-electric ute When: 2024 Why: Because not even utes can escape the EV revolution If you’re still in any doubt the automotive world is racing towards an electric future this should fix that – meet the ...