'Put in in the boot!' Drivers more likely to face huge £5,000 fines within the next week

Drivers have been warned that they are more likely to receive a £5,000 fine in the next few days. This is because thousands of motorists could be heading to Halloween parties in costumes that restrict movement.

Rule 97 of the Highway Code states: “You should ensure that clothing and footwear do not prevent you using the controls in the correct manner.”

Drivers could face on-the-spot fines of £100 as well as three penalty points for wearing clothing which could restrict proper driving.

These fines can be upgraded to £5,000 in addition to nine penalty points on their driving licences.

If these offences are taken to court, motorists could even face a driving ban. 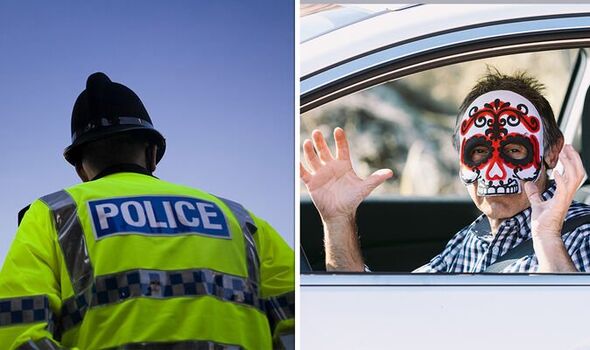 Depending on the costume, motorists could get their outfits caught underneath the pedals.

Any ghosts, witches or vampires could be held liable if their flowing costume becomes trapped.

Baggy jeans or long dresses could also lead to drivers being in trouble with the police.

Any clothing issues could also affect a driver’s insurance prices, with premiums increasing dramatically if they are involved in an accident.

James Armstrong, CEO of Veygo, warned motorists to watch out when celebrating Halloween, especially if they get behind the wheel.

He said: “Before you set off, think about how your outfit and footwear might limit how you can move in your car and react quickly to hazards.

“For instance, gloves could make your grip significantly loser on the steering wheel, or a long skirt or dress could get caught in the pedals.

“Shoes such as high heels can limit your ankle movement, while chunky boots might get in the way of other pedals in your footwell. 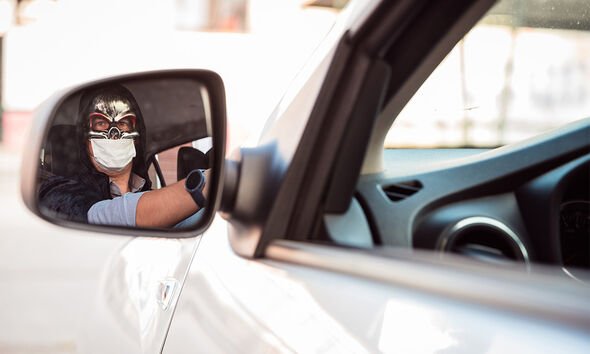 “If you’re caught breaking Rule 97 of the Highway Code you could be fined an initial £100 fine and three penalty points for careless driving.

“But if the incident goes to court, you could face a £5,000 fine, nine points and a driving ban.

“To be safe, put your outfit in the boot and change into it when you get to the party.”

The Highway Code rule also applies to the driver’s choice of footwear. They could slip off and fall underneath the pedals and distract drivers from paying attention to the road.

Shoes with a sole that’s less than 10mm thick are considered “unsafe” to drive in.

High heels can also be an issue as they are not practical for pushing down the pedals as the heel can get wedged underneath preventing drivers from pushing it all the way down which is vital when breaking in an emergency.

Keyword: 'Put in in the boot!' Drivers more likely to face huge £5,000 fines within the next week