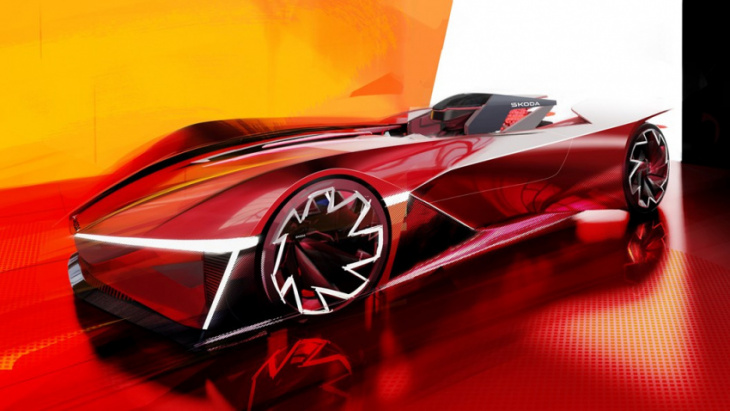 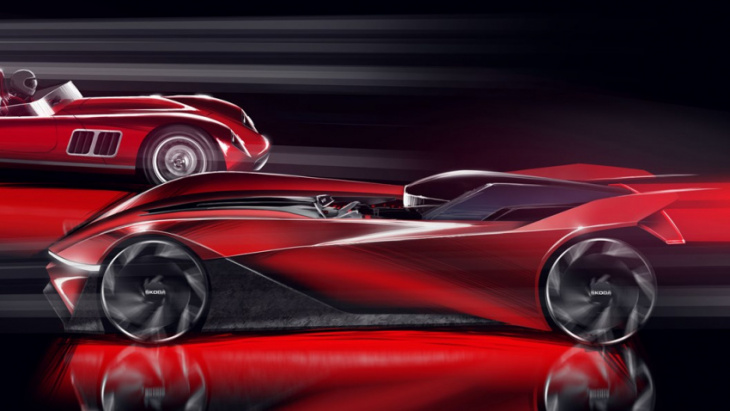 Skoda has pulled the wraps off its latest concept car. It’s a pure-electric single-seat racer called the Vision GT – and it was inspired by one of the brand’s earliest sports cars, the 1957 1100 OHC. If you can’t tell from the images, the Vision GT is just a computer render for the time being. However, it shows that Skoda’s design team is thinking about how to make its electric cars more exciting.

The Skoda Vision GT shares some similarities with its spiritual grandfather, such as its short tail, long nose, open cockpit and fastidious focus on lightweighting. But Skoda has pulled the design into the 21st Century, looking to current Formula E racers for ideas on aerodynamics and styling.

Look at the concept’s rear end. Those two fins jutting out of the Vision GT’s rear haunches echo the aero package fixed to Gen3 Formula E racers – and Skoda says the concept’s platform features active aerodynamics to adjust the amount of downforce the car produces on the fly. 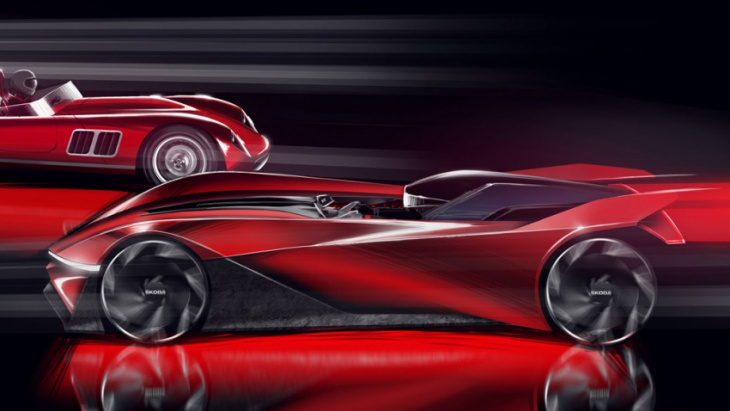 Skoda’s designers haven’t told us how the system works, probably because the system doesn’t exist. It’s a drawing – they could say it has anti-gravity thrusters if they wanted. Presumably, though, the system would be set up to generate as much downforce as it can in the bends and then back off the aero on the straights to reduce drag and increase top speed, like DRS on a Formula One racer.

The cabin is interesting, too. Skoda says the Vision GT has an oblong carbon fibre steering wheel and an ‘active cockpit’ with a suspended seat that moves to compensate for G-forces. There isn’t a hard-mounted gauge display either – instead, the information is project onto the driver’s helmet visor like a head-up display.

The Vision GT concept forms part of Skoda’s ‘Icons Get a Makeover’ series, in which the firm’s designers breathe new life into the company’s most famous cars. They’ve already modernised vehicles like the 1959 Felicia, the 1968 1203 Camper and the rally-bred 130 RS of the 1970s and 1980s.

This latest concept will be on display alongside the 1957 1100 OHC at the Brussels Design Museum until 2nd October 2022, forming part of Skoda’s Design and Transformation Exhibition. The exhibition marks the Czech Republic’s Presidency of the Council of the EU (which means it chairs and determines the agenda for council meetings) – a position it will hold until the end of December 2022.