Along with an entry-level crossover that will appeal to younger buyers.

As Infiniti continues to reinvigorate itself with fresh products like the latest QX60, an Infiniti dealer says he'd love to see the introduction of new models to boost the automaker's image.

Steve Lapin, who serves as the Infiniti National Dealer Advisory Board chairman, told Automotive News that a sensible entry-level crossover (like the Lexus NX) and a high-end sports car are the shot in the arm the luxury brand needs. “If we're going to become this aspirational brand, we would need a six-figure GT-R-type car … we need a differentiator,” he said.

The closest thing Infiniti has to a desirable and sporty coupe is the handsome Q60. Due to the rising demand for crossovers and SUVs, the Japanese brand decided to pull the plug on the coupe after MY2022. 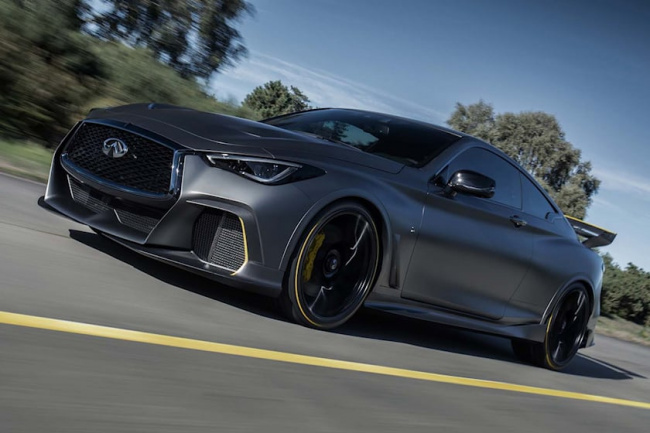 Interestingly, it's the Q60 that formed the foundation of the Project Black S concept that was first seen in 2017. With clever F1-derived technology, the prototype sports car gained motivation from a hybridized 3.0-liter V6 engine with twin turbochargers.

With 563 horsepower and 350 lb-ft of torque on tap, it's just the sort of car Lapin believes Infiniti so sorely needs but, sadly, the company decided to kill the idea off. Interestingly, Ed Lennon, then the Infiniti National Dealer Advisory Board chairman, commented, “anything that Infiniti produces for its dealers, we want it to be a volume product.”

“I would much rather see something like the QX60,” he added. “That's a volume vehicle, that's where this company needs to go.” But Lapin would also like to see the introduction of a crossover that would slot in beneath the QX50. “We need to have a gateway model in the $35,000 to $40,000 comparable to the Lexus NX,” he added. The dealer believes that a more affordable Infiniti product would attract more people to the Infiniti fold. “[They] will upgrade to the larger models as their incomes and families grow.”

This is very possible, especially as Infiniti pivots towards electromobility. But as for the sports car? We're not so sure. While Lapin believes a sports car priced in excess of $100,000 would serve as a halo car and demonstrate Infiniti's prowess, the segment is shrinking at an almighty rate. 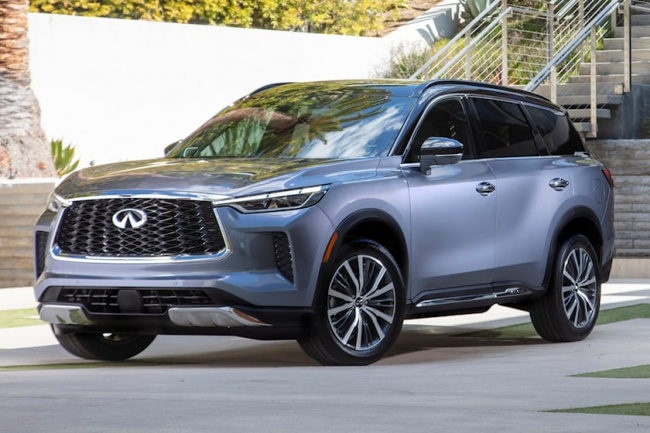 Last year, Nismo CEO Takao Katagiri hinted at the arrival of a GT-R successor. While not much is known about this future sports car, we do know it will eventually be sold in the United States. Powering the mystery performer will be a series of hybrid and electric setups.

There's potential for Infiniti to develop a more luxurious variant of this car and, perhaps, make it a more upmarket product. We wouldn't hold out much hope and expect the Infiniti lineup to instead evolve into a range of premium crossovers and SUVs, both of which are highly favored by consumers. 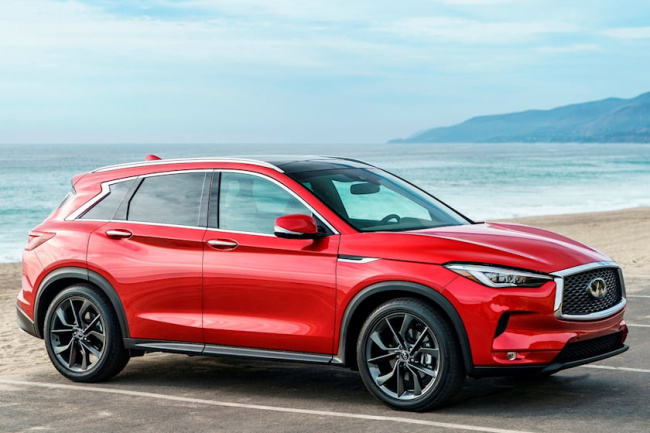 The Infiniti Q60 is getting the axe for model-year 2023

Infiniti Q60 Is off to the Chopping Block for 2023

Only 1 Infiniti SUV Is Recommended by Consumer Reports

2022 Infiniti QX80 or Wagoneer: Which model and trim should you buy?


View more: 2022 Infiniti QX80 or Wagoneer: Which model and trim should you buy?

Infiniti’s QX80 flagship sails into the 2023 model year with only minor updates, plus a slightly higher starting price. The 2023 Infiniti QX80 is already at dealerships and is priced to start at $74,395, including a $1,695 destination charge. That’s up $2,400 on the previous year. Updates made to ...

No changes under the hood, though.

Infiniti Just Killed off the Q60 Sports Coupe – Here’s Why

Will there be a 2023 Infiniti Q60 Sports Coupe? 2022 Infiniti Q60 highlights Infiniti Q60 alternatives The fate and future of the Q60 The Q60 is Infiniti’s coupe version of the Q50 sedan. It debuted as a 2017 model and offered striking exterior looks but a dated cabin. In ...

Acing the Crash Tests Safety Features Which Competitors Earned an Award? The Nissan Pathfinder and its luxury brand cousin, the Infiniti QX60, have each secured the Top Safety Pick Plus designation from the Insurance Institute for Highway Safety. The pair received substantial redesigns for 2022 after a model year ...

The 2022 Infiniti QX60 Has a Proper Luxury Interior

How Much Would Car Insurance Cost for an Infiniti G35?

Which Is Bigger, the Acura MDX vs. Infiniti QX60?

The Nissan Pathfinder Platinum could beat the new Infiniti QX60

4 Fantastic Things About the 2022 Infiniti QX60, According to Consumer Reports

Another Opel or Infiniti? Cupra boss says brand will succeed where others failed thank to Volkswagen Group connections

Yes I know, its just an average Infiniti M37

Infiniti, Acura join other automakers in including complimentary scheduled maintenance

Genesis UK boss on why it can avoid Infiniti's mistakes

The 2022 Infiniti QX80 Is ‘Fundamentally a Gussied-Up Nissan Armada’

Infiniti Luxury and Utility in an Old-School SUV – WHEELS.ca

Infiniti getting in the compact luxury crossover game