If approved, the deal is likely to go into effect in the first quarter of 2023. 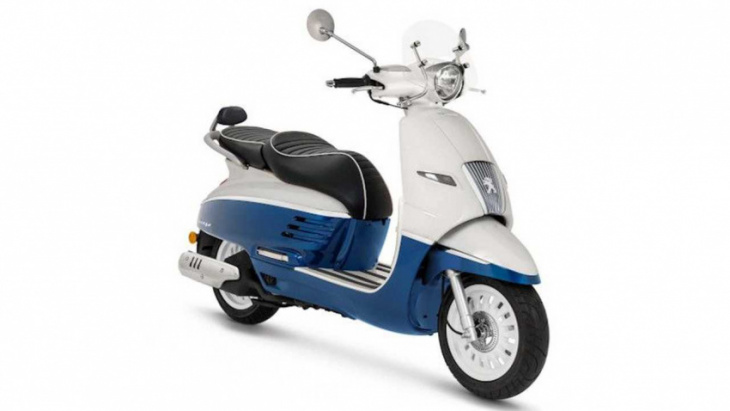 In mid-November, 2022, BSA Motorcycles announced that it had signed an agreement with Peugeot Motocycles for European distribution of its machines. While BSA had previously made it clear that it had plans to expand its network beyond the U.K., exact details weren’t previously available—and it was understood that international distribution was still a way off. For interested riders in the countries where Peugeot will be distributing BSA products, this was a welcome bit of news.

However, as is often the case, there’s a bit more going on behind the scenes in this case. On November 10, 2022, Mahindra and German private equity firm Mutares announced that Mutares submitted an offer to acquire 50 percent equity in Peugeot Motocycles, along with a controlling stake of 80 percent in the French OEM.

This deal is, of course, subject to the approval of antitrust authorities, and is expected to close sometime in Q1 of 2023—so it’s not complete at this time. However, assuming that it does go through, that means Mutares will have sole decision-making authority for Peugeot Motocycles and its future moves. So, who is Mutares?

The private equity firm is widely known for acquiring medium-sized companies, turning them around, and then selling the improved versions down the road. In fact, the hint is right in the title of the press release that both firms issued, which reads, “Mahindra partners with Mutares for transforming Peugeot Motocycles.”

“We are delighted to welcome Mutares to Peugeot Motocycles. Our efforts are directed towards sustaining this French legacy brand that has been delighting customers for 124 years. With an established track-record of transforming companies across Europe, coupled with their expertise in the automotive business, Mutares is an ideal partner to strengthen and grow the brand with continuing support from Mahindra and Mahindra,” M&M executive director of auto and farm sectors, Rajesh Jejurikar, said in a statement.

“This is Mutares’ thirteenth acquisition in 2022. Peugeot Motocycles is an internationally recognized brand built on a rich history as the world’s oldest manufacturer of motorized two-wheelers. We are very proud to be associated with the brand and I strongly believe that we will be able to leverage the true potential of the company based on our vast experience in the industry and strong operational team and together with our partner M&M. Furthermore, Peugeot Motocycles acts as an OEM and we see a huge potential of strong synergies arising within our Automotive & Mobility segment,” added Mutares chief investment officer Johannes Laumann in the same statement.

What does this mean for Peugeot Motocycles? It is, of course, far too early to even speculate just yet. The company headquarters is located in Mandeure, France, where it also has a manufacturing facility and builds both two- and three-wheeled machines. It also currently has a joint venture with Jinan Qingqi Motorcycle Company, which is based in China. Like many other OEMs in 2022, it also maintains additional manufacturing partnerships across Asia.

Mahindra and Peugeot’s relationship goes back several years. In 2015, M&M purchased a 51 percent stake in Peugeot. It followed that acquisition four years later, when it purchased the other 49 percent in 2019 and thus owned Peugeot Motocycles in its entirety. Now, a handful of years later, it’s partnering with Mutares to try a different approach. We’ll have to wait and see what this means for Peugeot Motocycles—a brand with over 124 years of history—going forward.