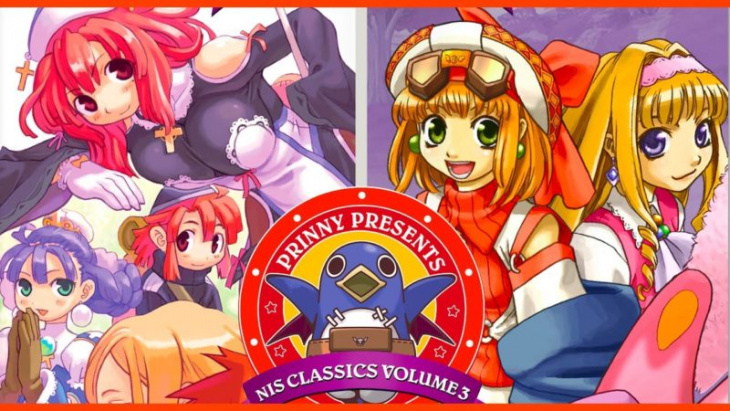 This third two-in-one collection will include La Pucelle: Ragnarok and Rhapsody: A Musical Adventure.

The “action-packed” RPG La Pucelle: Ragnarok receives a western release for the first time, and comes to the portable home console with extra content such as new scenarios, new recruits and downloadable content characters – like Rozalin, Cornet, Hero Prinny and Ellie – as well as a new voice cast, newly recorded music and a new quick travel feature.

Whereas Rhapsody: A Musical Adventure will let you experience a strategy RPG for the original PlayStation that helped to lay the foundations for the Disgaea series, now treated to “sharper graphics and image customisation options to mimic CRT.”

Prinny Presents NIS Classics Vol. 3 will release at retail and digitally on the Nintendo eShop for Nintendo Switch in North America on 30th August 2022, in Europe on 2nd September 2022 and across Australia and New Zealand on 9th September 2022.