Mercedes-Benz is about a year out from launching an electric version of its Sprinter full-size van here in the U.S. (one has been offered overseas since 2019), but that doesn’t mean the automaker is abandoning the current internal-combustion version. On the contrary, Mercedes is overhauling the drivetrain offered in the Sprinter, improving both performance and efficiency.

Mercedes on Tuesday provided the first details on its 2023 Sprinter lineup during the 2022 Work Truck Week underway in Indianapolis, Indiana. Due in showrooms early next year, the 2023 Sprinter will benefit from a standard 9-speed transmission, plus a new all-wheel-drive system and powertrain lineup. 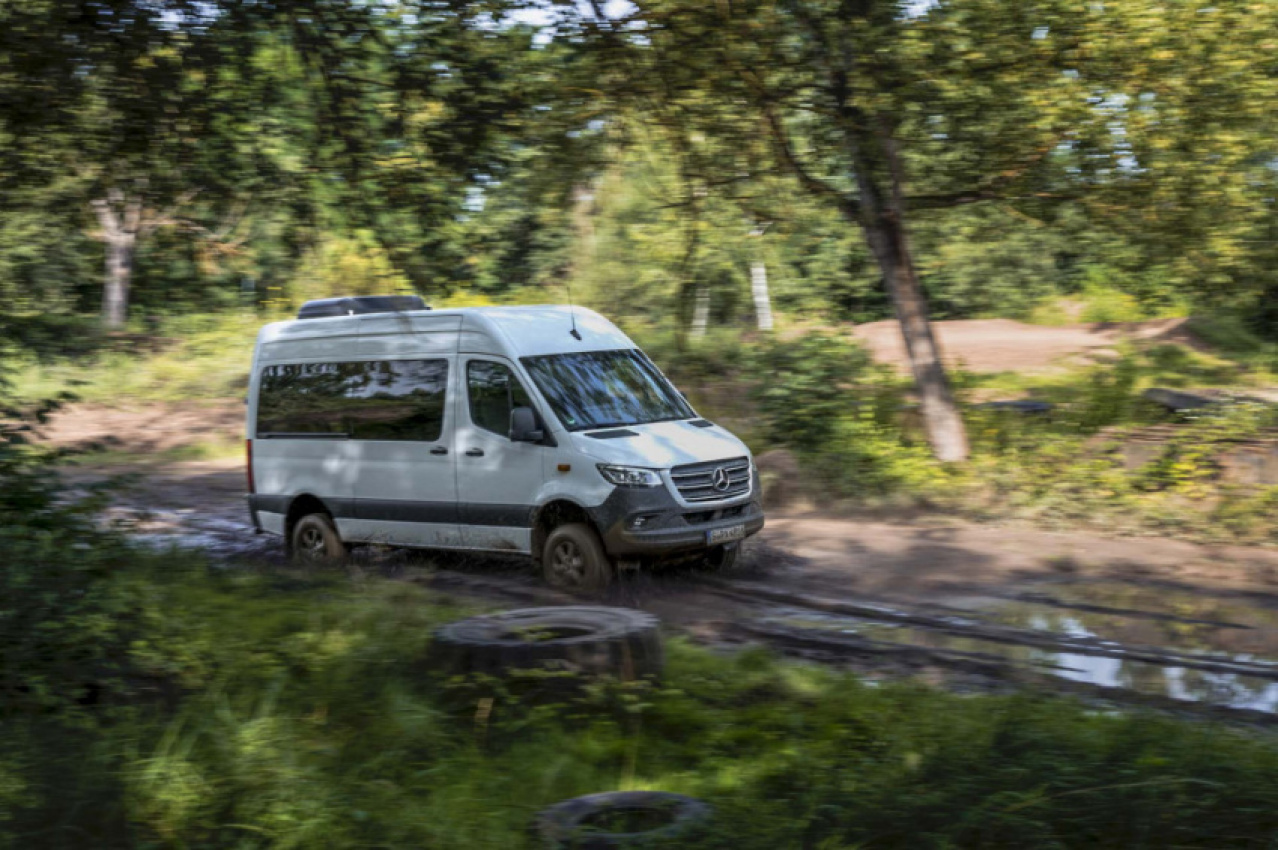 The Sprinter will finally offer Mercedes’ 9-speed automatic transmission used in the automaker’s passenger car lineup, and some Sprinter grades, as a standard feature. Compared to the current 7-speed offered in most Sprinter grades, the 9-speed delivers smoother, quieter performance in combination with a reduction in fuel consumption and emissions. For example, thanks to an increased first gear ratio, the 9-speed delivers quicker off-the-line acceleration. The extra gears and greater ratio spread also result in improved performance.

Another key change will be the adoption of an all-wheel-drive system similar to the one Mercedes uses in its passenger car lineup. Here, the drive torque will be automatically sent to the axle where it’s needed, with up to 50% able to be split between the front and rear axles. This is in contrast to the current engageable system, which is split 35/65 front-to-rear when in 4×4 mode. No change will be made to the ground clearance, approach angle, departure angle and breakover angle with the adoption of the new system, meaning off-road capability will be unchanged.

Finally, the 2023 Sprinter lineup will do away with the current 6-cylinder diesel offerings, meaning there will only be 4-cylinder engines available. One will be the current 2.0-liter diesel but with higher outputs of 168 and 208 hp. Mercedes will also continue to offer a 2.0-liter gasoline engine, though an output hasn’t been confirmed. The 2022 Sprinter with the 2.0-liter gas engine has 188 hp on tap.

Production of the Sprinter for the U.S. market is handled at a plant in Charleston, South Carolina. 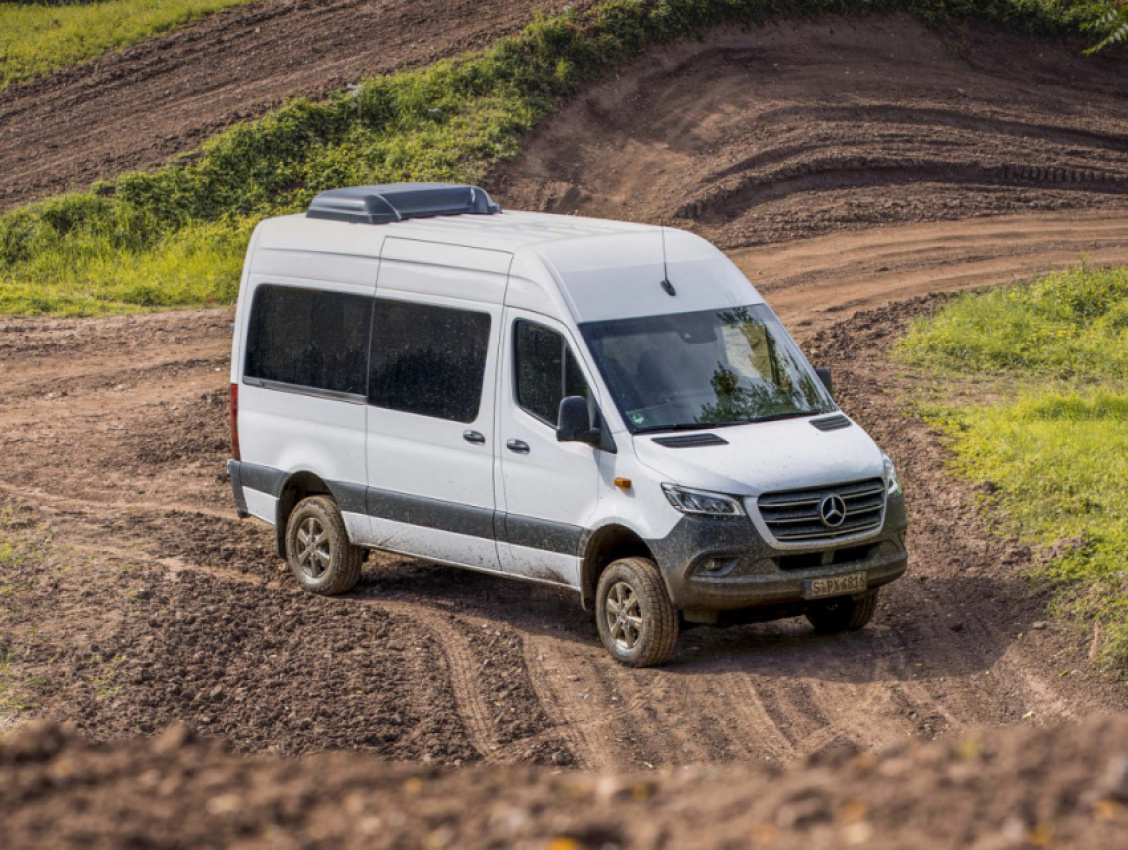 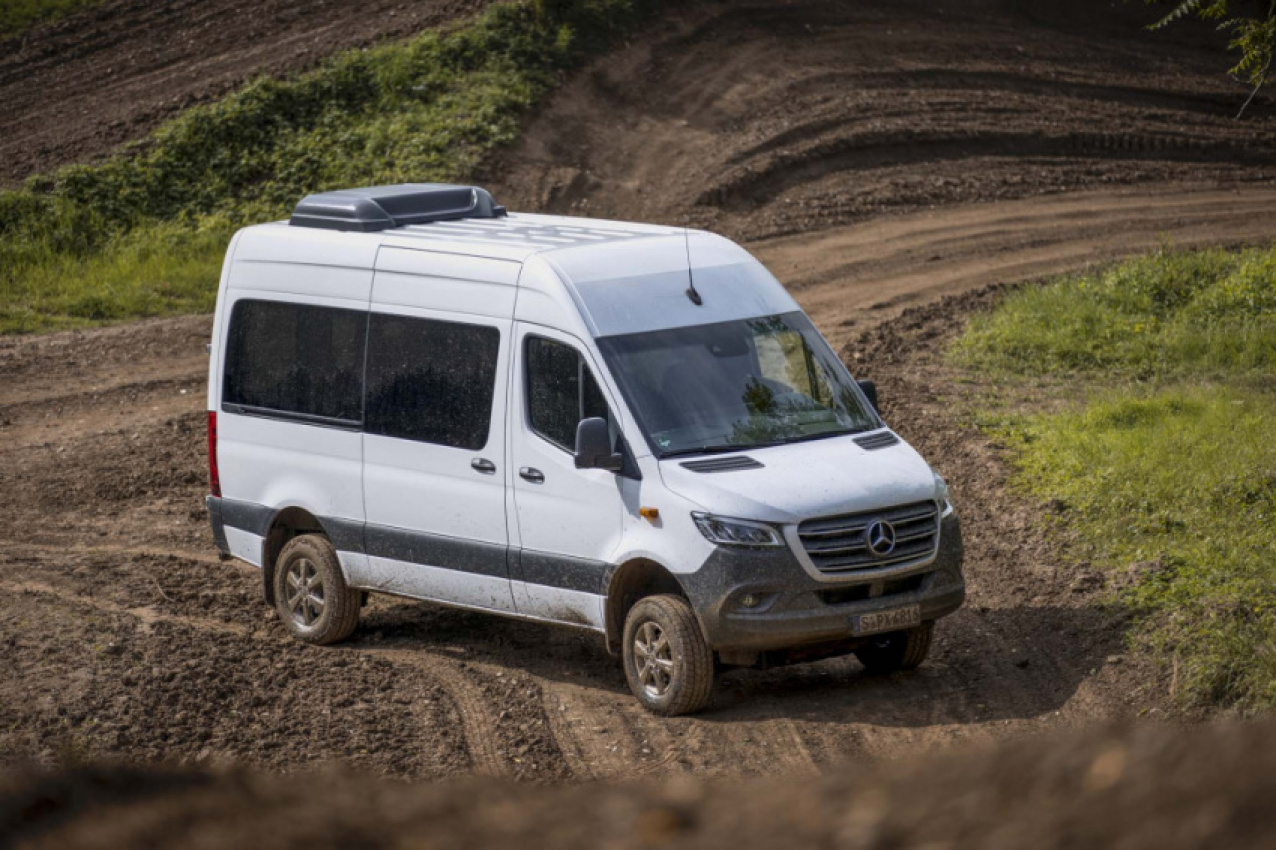 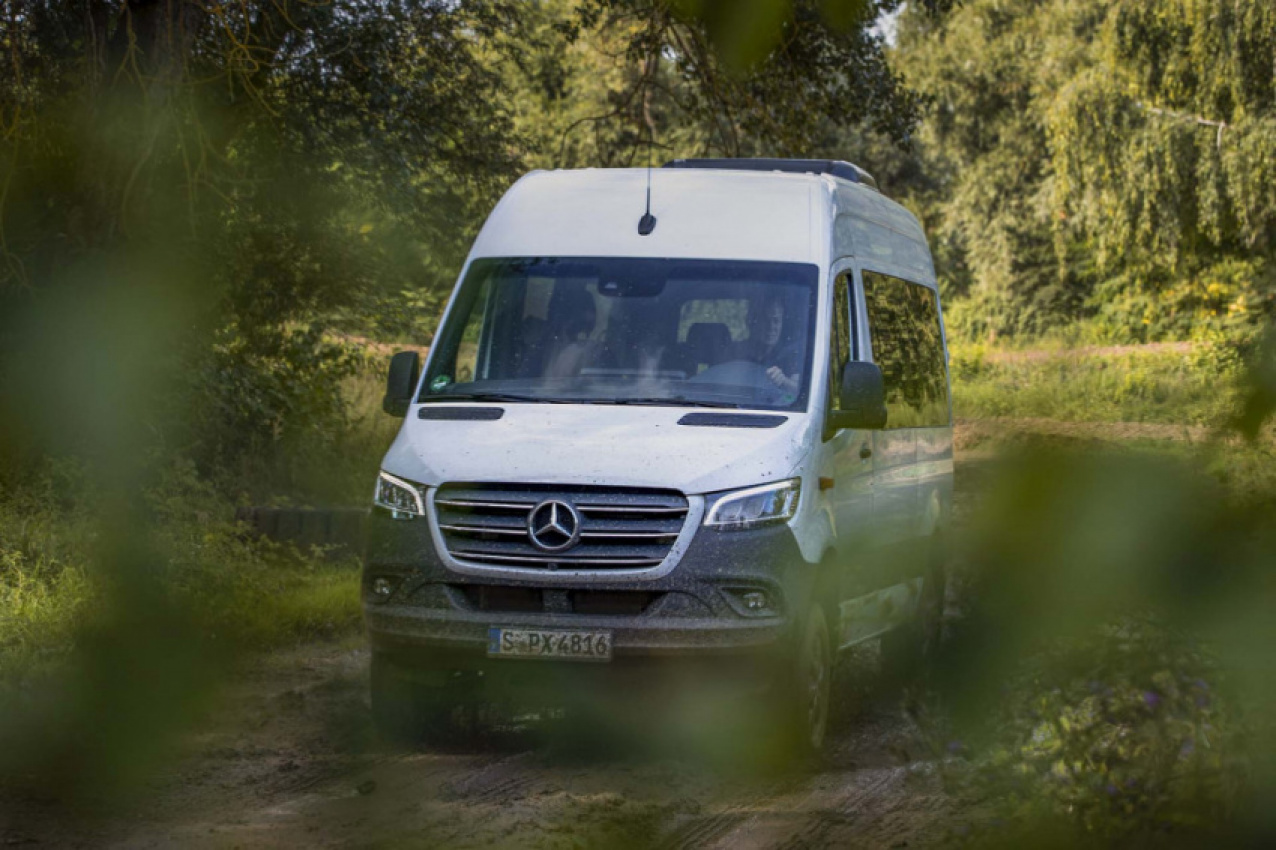 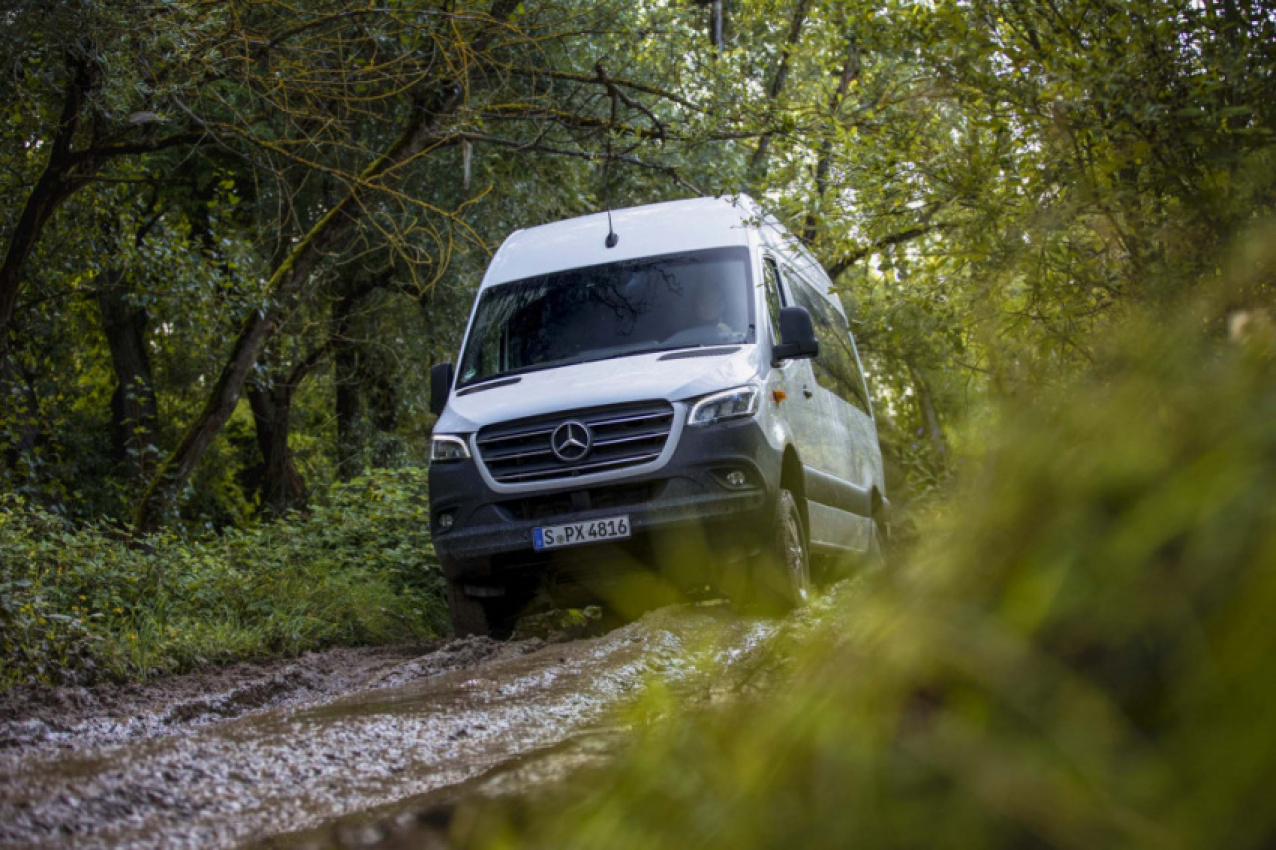 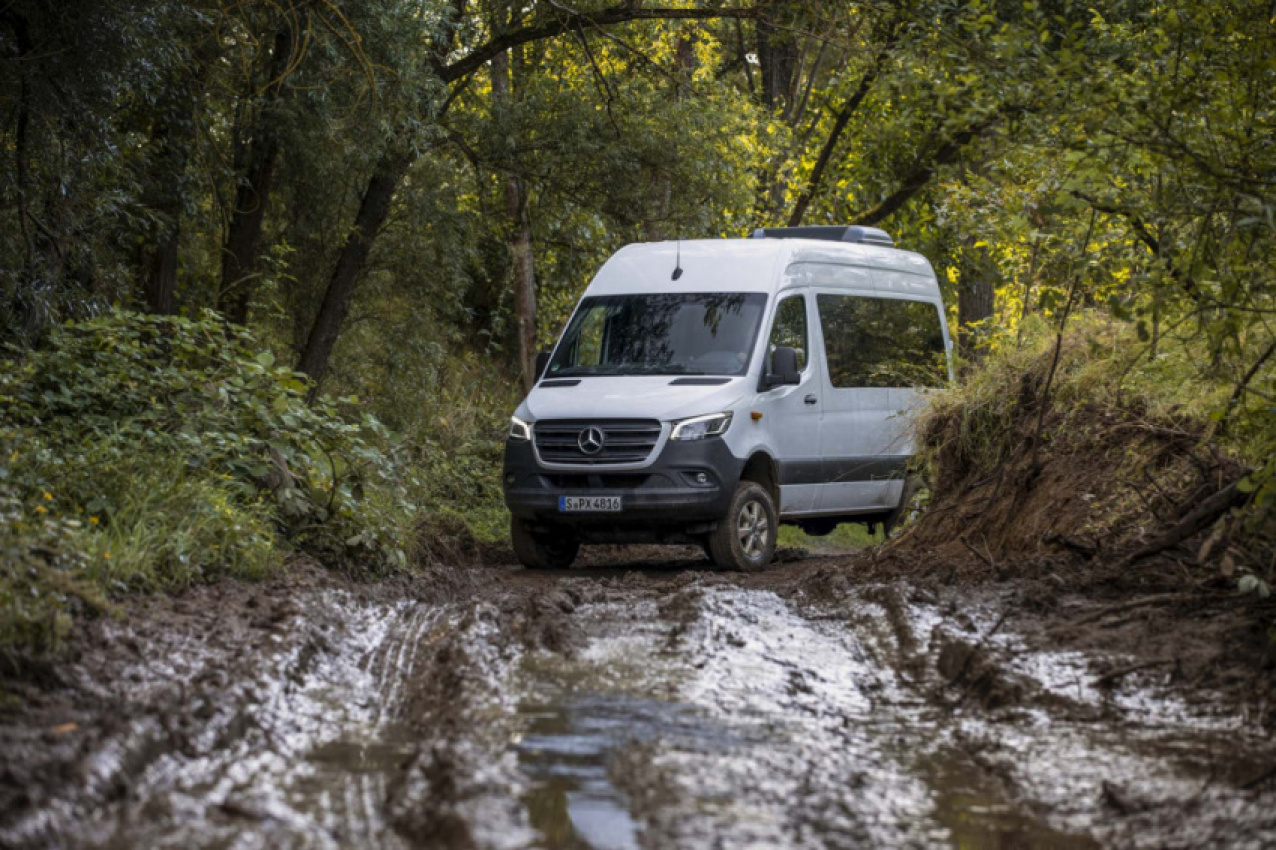 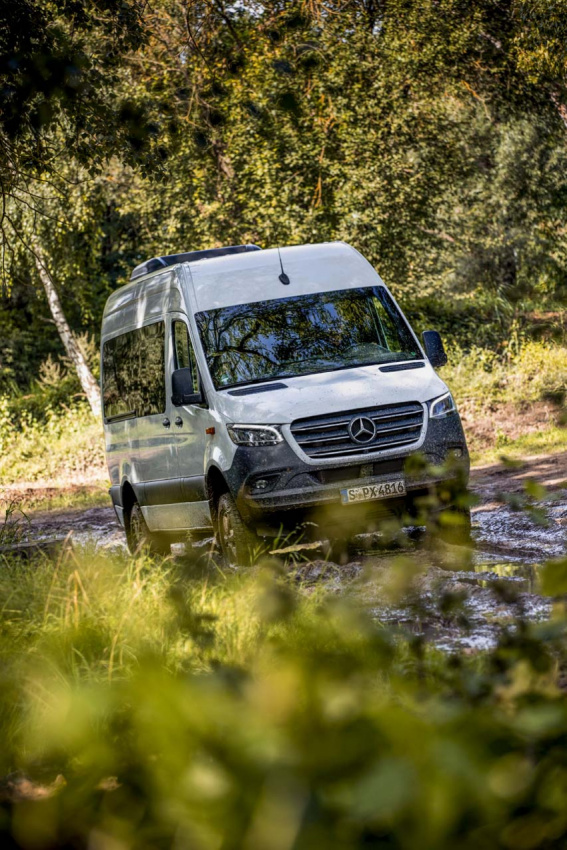 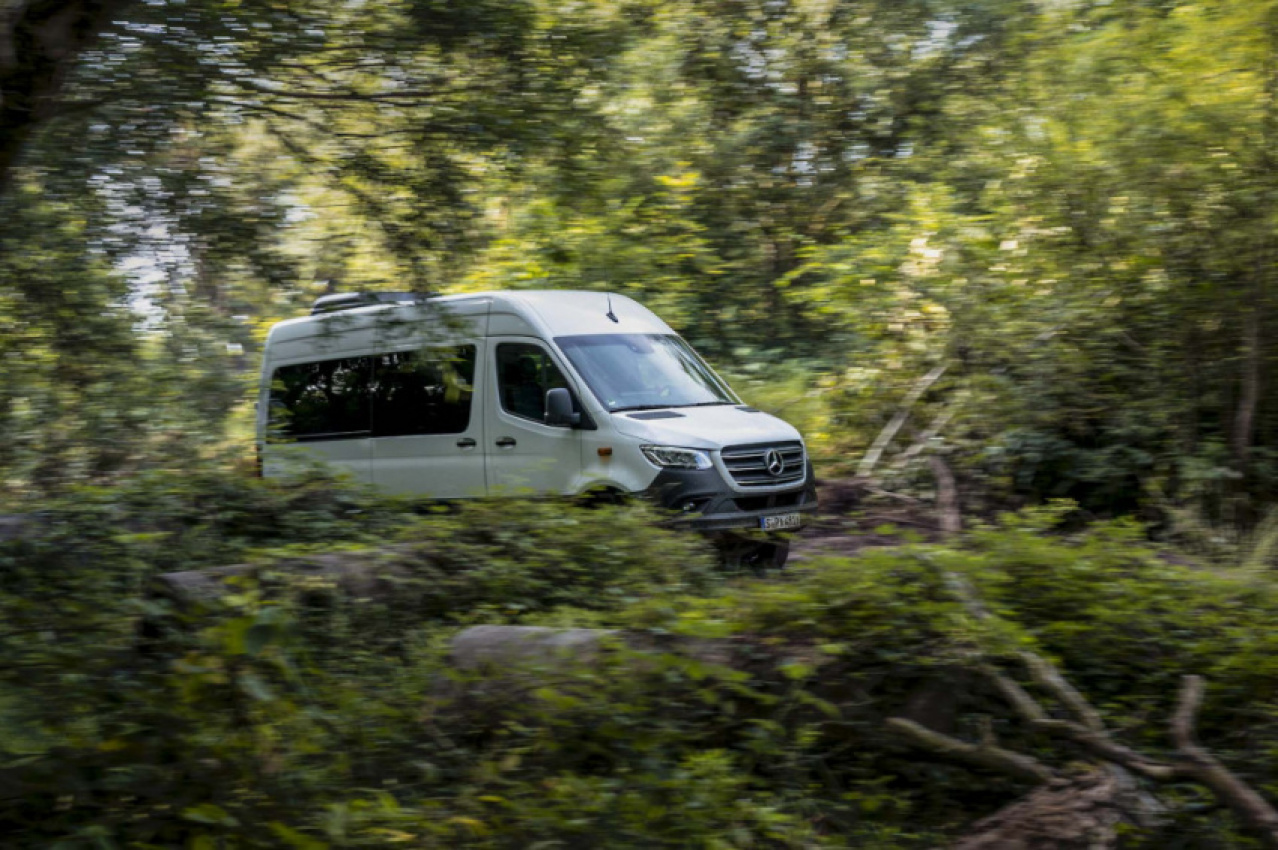 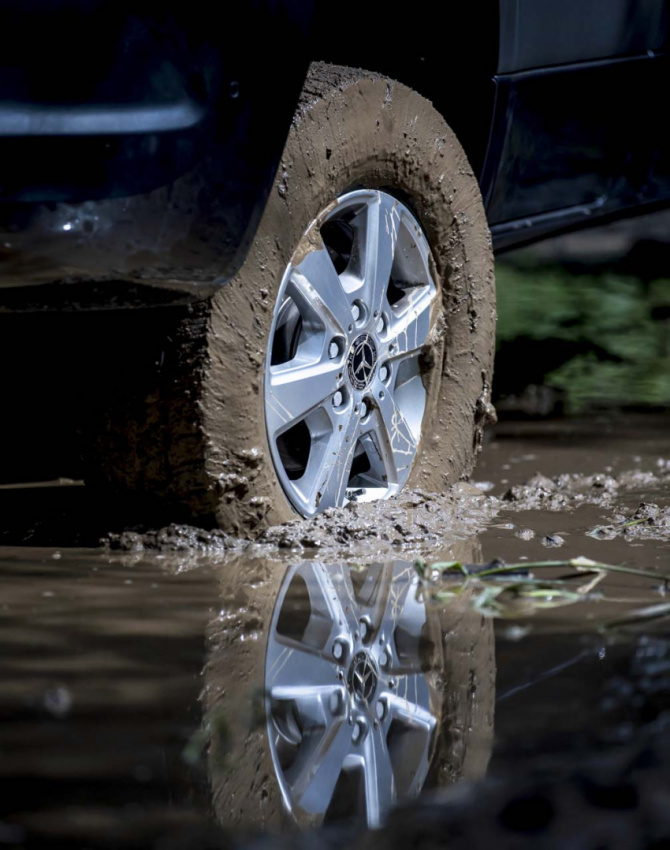 Customers are already lining-up for the all-electric trucks with 500 km (311 miles) of range.