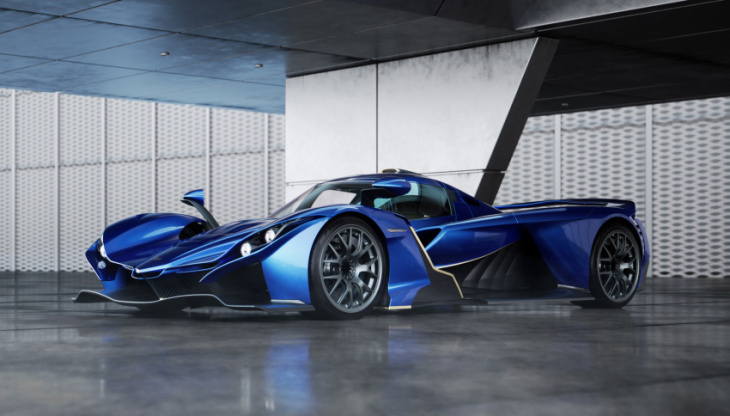 Czech race car specialist Praga has joined the ranks of hypercar manufacturers following the reveal of the new Bohema, an extreme track machine designed to also be driven on the road.

The Bohema, the name a reference to 115-year-old Praga’s Czech roots, has been developed from scatch, though its engine is derived from the twin-turbo 3.8-liter V-6 from the Nissan GT-R. The engine in the Bohema has been breathed over by the U.K.’s Litchfield Engineering, with Praga’s targeted output being 700 hp, or 100 hp more than the output of the GT-R Nismo.

The engine in the Bohema is mounted behind the cabin and paired with a Hewland sequential transmission. The engine also gets a titanium exhaust that runs from the turbos back. Litchfield also installed a dry sump lubrication system which helped reduce the height of the engine by 5.5 inches, enabling Praga to mount the engine very low in the car.

While the output might not be high by hypercar standards, the targeted weight of the car is just 2,164 lb, and that’s with all fluids apart from fuel. This is thanks mostly to carbon-fiber construction, both for the central monocoque structure and body. Carbon parts—a total of 56—are also found in the cabin, along with Alcantara and leather trim. Mangenisum and titanium have also been used in the car’s construction to help keep weight down.

The exterior design looks closer to a sports prototype racer than a road car, which shouldn’t be a surprised given Praga’s racing focus. The exterior was also shaped in a wind tunnel, which has resulted in complex aerodynamics capable of delivering 1,984 lb of downforce at 155 mph. 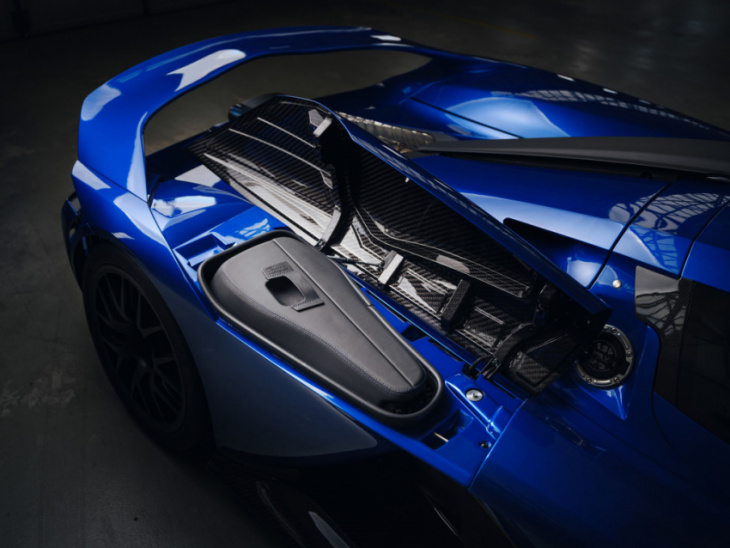 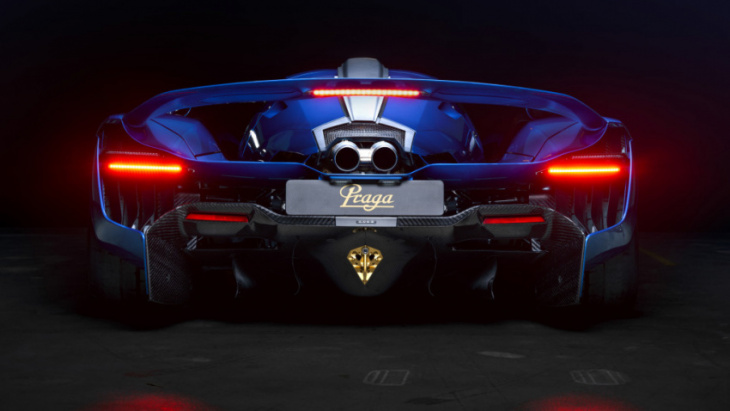 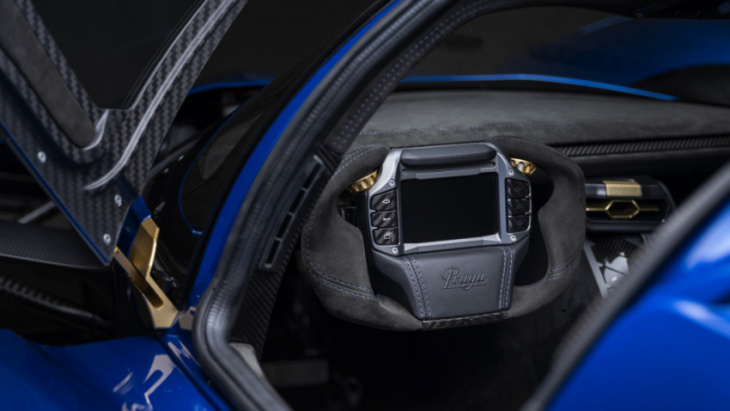 As development isn’t complete, Praga is holding back on most specifications, though the company said the top speed will be just over 186 mph. The company also said owners can expect the Bohema to turn in lap times similar to a GT3 race car.

Helping to hone the car is former Formula 1 driver and current IndyCar star Romain Grosjean. He said he was most impressed with the car’s ability to handle both road and race track conditions without the need for modication.

“I was astonished by the Bohema’s amazing performance on track, its accessibility on road, and the ease of transition between the two,” he said in a statement.

Full specifications will be confirmed closer to the start of production in 2023. Just 89 examples are destined for production, the number marking this year’s 89th anniversary of Praga’s historic win in the 1933 1000 Miles of Czechoslovakia race. The starting price has been confirmed at $1.31 million.

Praga is yet to confirm the Bohema for sale in the U.S., though the company said it is in discussions with its local partner, Praga Racing West, based at Sonoma Raceway in California. 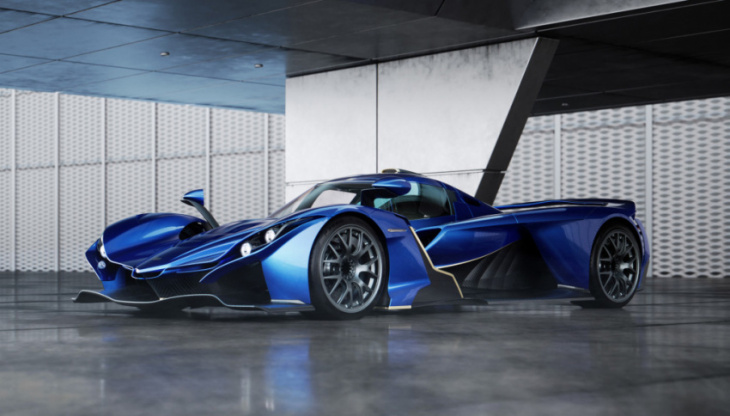 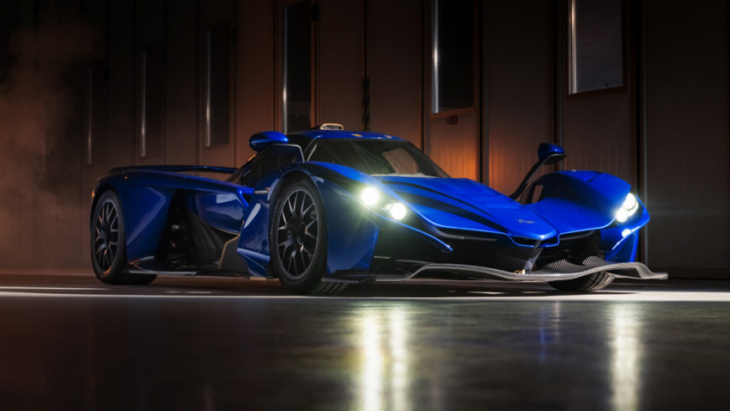 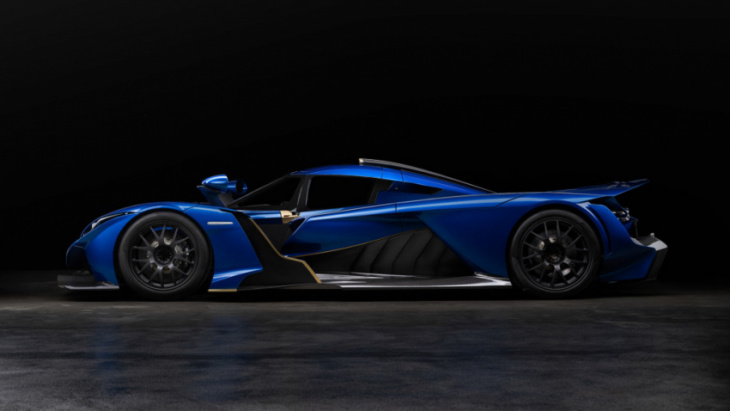 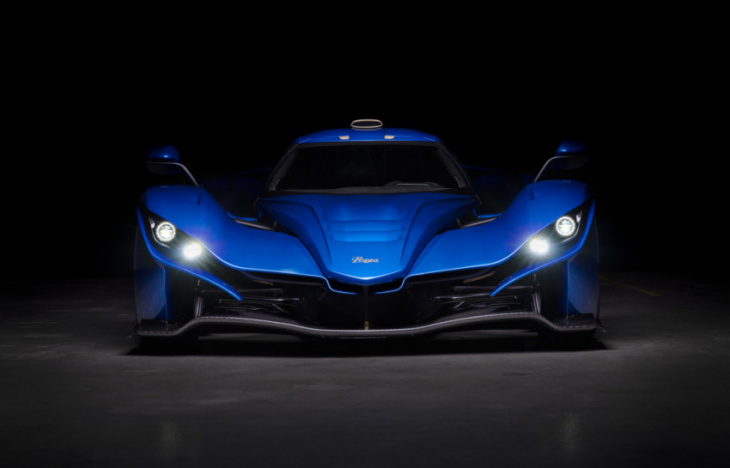 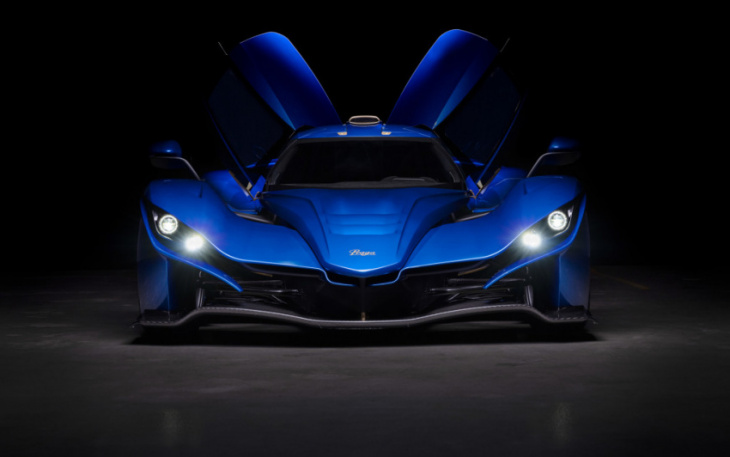 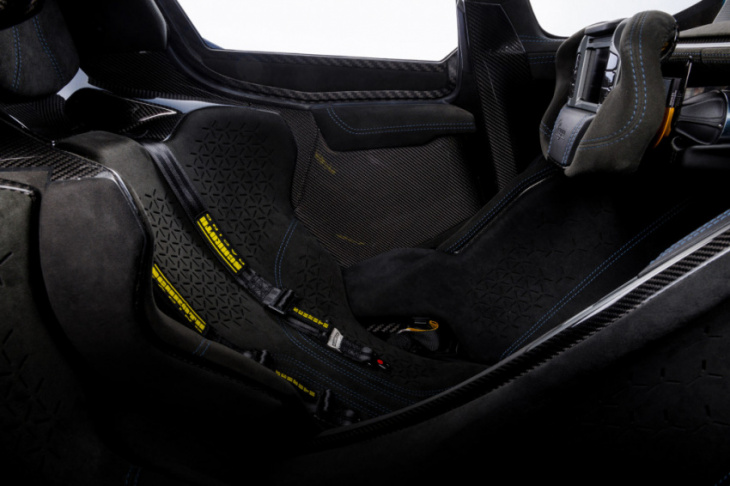 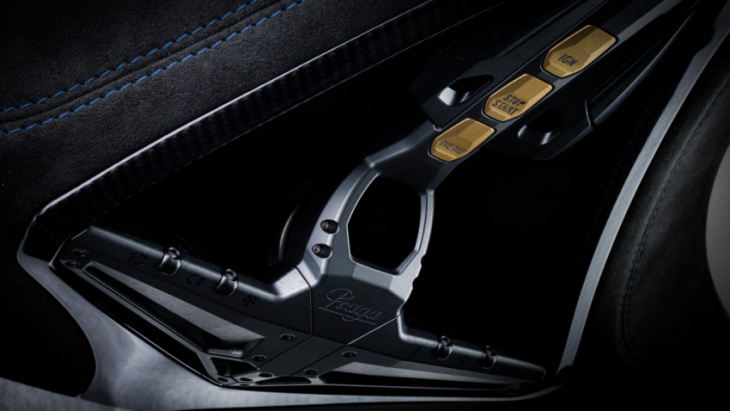 Developed in partnership with Dallara and Gibson, the track-only 777 Hypercar claims to offer LMP1 levels of performance to everyday buyers

Supercars Czechia’s first supercar blends Brit-boosted Japanese engine with tiny weight and big downforce Europe’s supercars are mainly Italian, German, and British… but another nation is in on the action. From the land that brought you Skoda, meet Czechia’s fastest export: the Praga Bohema. It’s not mucking about, is it? ...


View more: The Praga Bohema is a £1.1million, 700bhp supercar with Godzilla’s heart