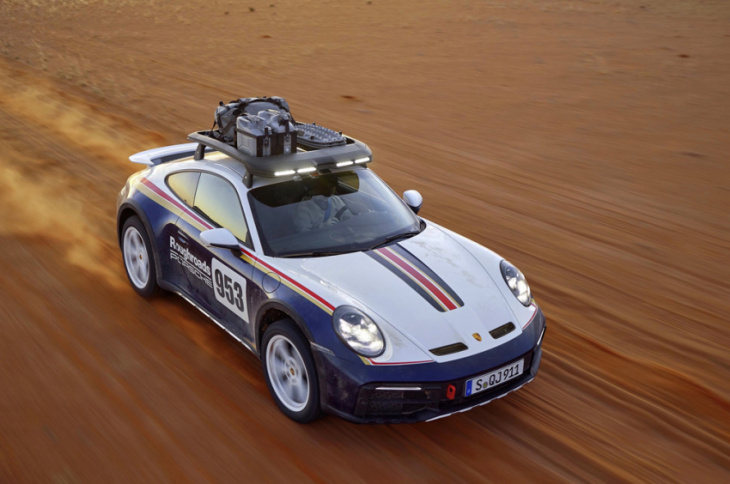 CAPABLE ON TARMAC AND SAND

Limited to just 2,500 examples globally, the 911 Dakar gets 50mm additional ground clearance compared to the 911 Carrera equipped with sports suspension.

Further aiding the Porsche 911 Dakar’s off-road credentials is a lift system that can raise the car an additional 30mm.

This, Porsche states, gives the Dakar a ramp angle that can rival conventional SUVs. 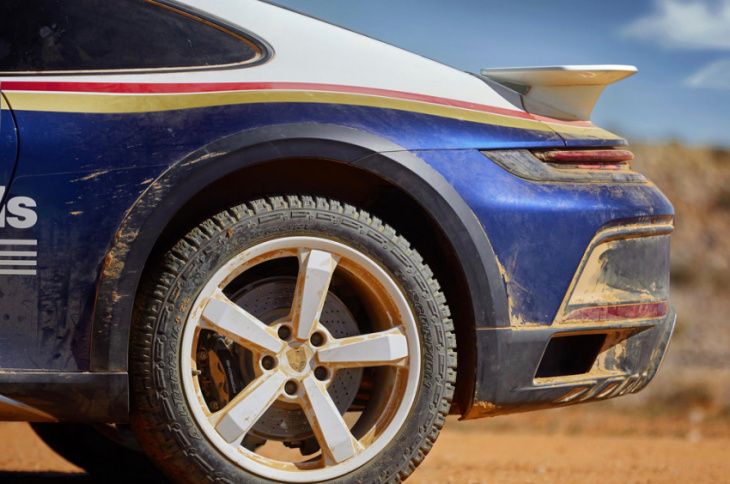 The 911 Dakar comes with specially developed Pirelli Scorpion All Terrain Plus tyres.

Porsche’s off-road sports car will also ride on specially developed Pirelli Scorpion All Terrain Plus tyres. These will come with a chunky tread pattern that is nine millimetres deep, and sport reinforced sidewalls, for increased resistance to damage.

Pirelli P Zero summer and winter tyres are available as an option.

PERFORMANCE NO MATTER THE CONDITION

And powering the Porsche 911 Dakar over all this challenging terrain is a 473bhp 3.0-litre bi-turbo flat-6. Capable of delivering a total of 570Nm of torque, this engine will see the Porsche sprinting to 100km/h from a standstill in just 3.4 seconds.

All this power is put to the road via all four tyres, of course. Although it does first make its way through an eight-speed dual-clutch transmission. 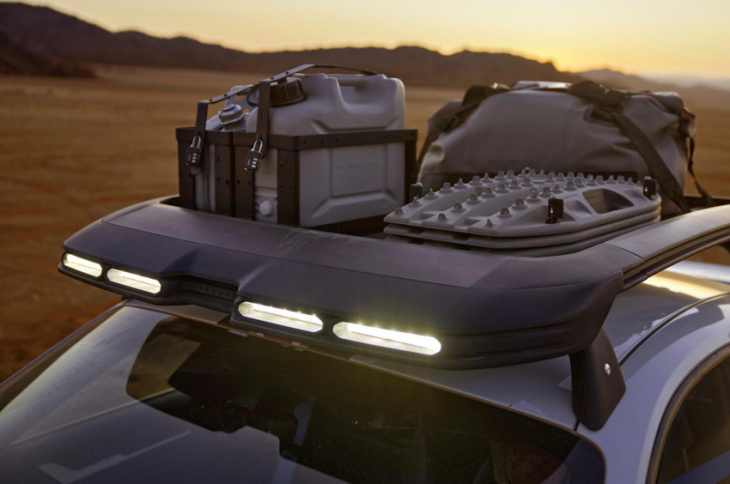 A roof rack is available for the car, complete with its own head lights.

And keeping all this power in check when driving over loose surfaces is Porsche’s rear-axle steering technology, the engine mounts from the 911 GT3, and Porsche’s own Dynamic Chassis Control tech.

Thinking of making some off-road trips of your own? You’ll be glad to note that the Porsche 911 Dakar can be equipped with an optional roof rack.

This rack comes equipped with headlights, and has a capacity of 42kg. So, you can ferry additional equipment such as water canisters, shovels, or traction boards. 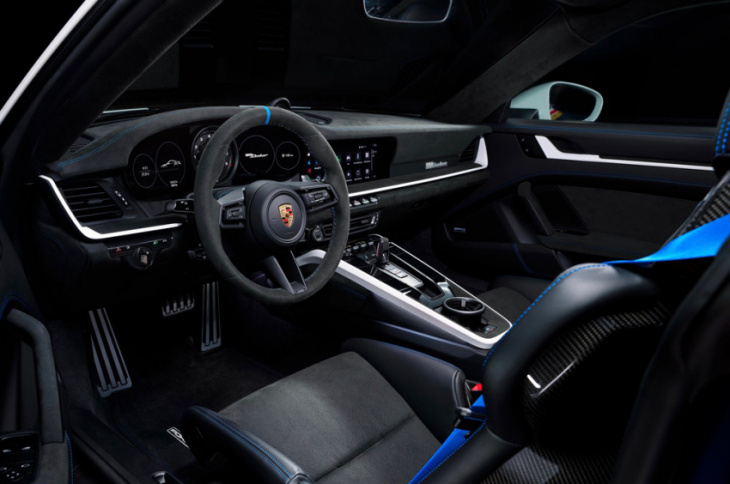 Red aluminium towing lugs at the front and back will also assist if you get bogged down. While stainless steel grilles on the redesigned front end will offer protection against stray rocks.

These are paired with a CFRP rear spoiler and front luggage compartment lid to complete the off-road look.

A roof tent is also available for the 911 Dakar, for all those whose ambitions are less removed from the beaten path.

And finally, if you’re looking to stand apart from other Porsche 911s, there’s also the option to get the Rallye Design Package as seen in the pictures above.

This package will complete your Porsche 911 Dakar in White/Gentian Blue Metallic, alongside rally stripes in red and gold.

And of course, you’ll be able to pick your own race number for the flanks of the vehicle.

Porsche driver Pascal Wehrlein won both races at the Formula E double-header in Diriyah (Saudi Arabia) at the weekend and thus took the lead in the drivers’ standings of the electric racing series. This means that so far, all three races of the season have been won with a ...

Krickelberg also revealed that a concept version of the off-road focussed 911 was developed way back in 2012. Porsche unveiled its off-road focussed 911 supercar last year. Called the Porsche 911 Dakar, the model pays tribute to the brand’s Dakar Rally wins in 1984 and 1986. However, initially, the ...


View more: Why Porsche couldn't use 'Safari' nametag for the 911 Dakar

Yet another home run with a tribute concept design


View more: The Porsche Vision 357 looks to the beautiful past and a carbon-neutral future


View more: Vision 357 a nod to past, present and future

Check out this retro concept. It’s called the Porsche Vision 357, and it pays tribute to the classic 356 of yesteryear which set the path for the legendary 911. The concept was made as part of celebrations for Porsche’s 75th anniversary, and it aims to combine the past, present and ...