According to the driver of the Porsche, "it was like racing against a building."

Porsche decided that it would be a good publicity exercise to promote its Taycan Cross Turismo raised electric wagon by having it go sideways alongside a monster truck. There’s really nothing to link the two vehicles, though, and the manufacturer admits in the press release that it is an unusual pairing, yet we’re happy Porsche did this because it resulted in some spectacular photos and a video.

And as impressive as it may be to see the monster truck, behind the wheel of which was Monster Jam driver Linsey Read, that’s nothing out of the ordinary – monster trucks are only driven in this manner. However, we haven’t seen that many instances when the Porsche Taycan Cross Turismo was driven quickly on a loose surface, so it’s that that has us most excited.

I have to be honest, most of the time I couldn’t see Leh. He had to weave around me, so I had to trust he was staying well away. But from the reactions I’d say he did amazingly well to stay close to me. 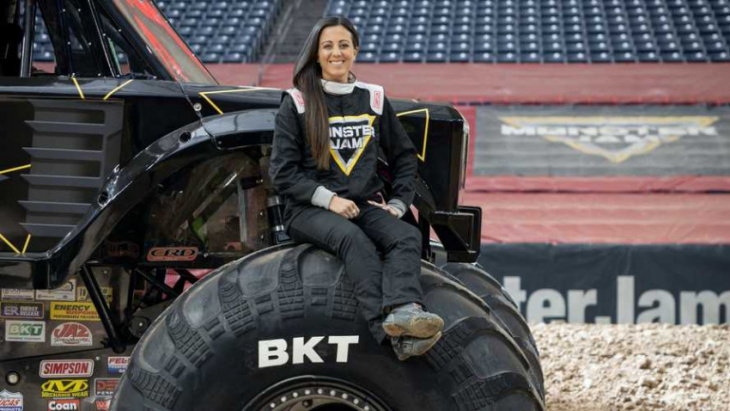 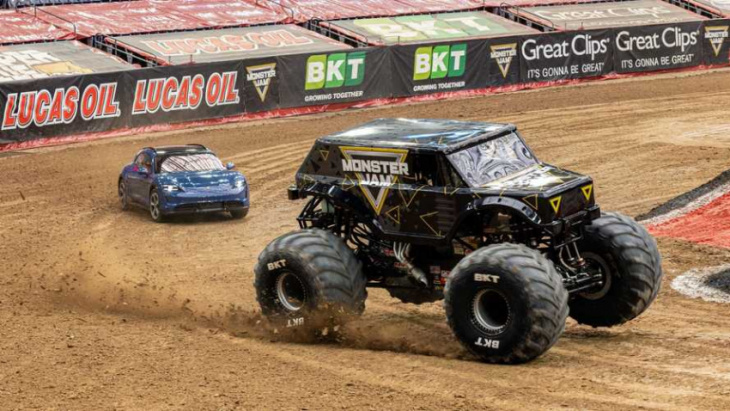 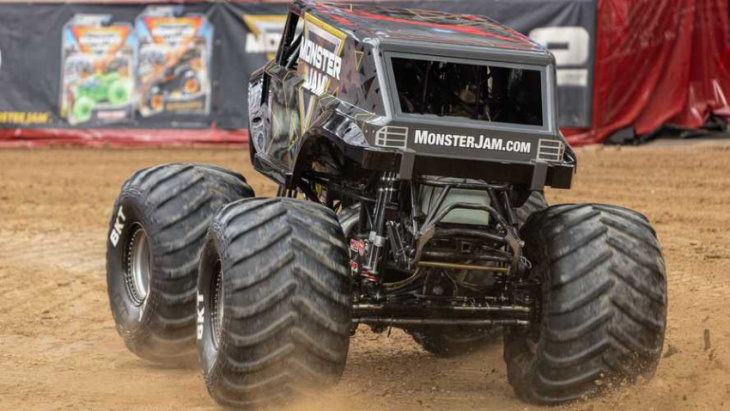 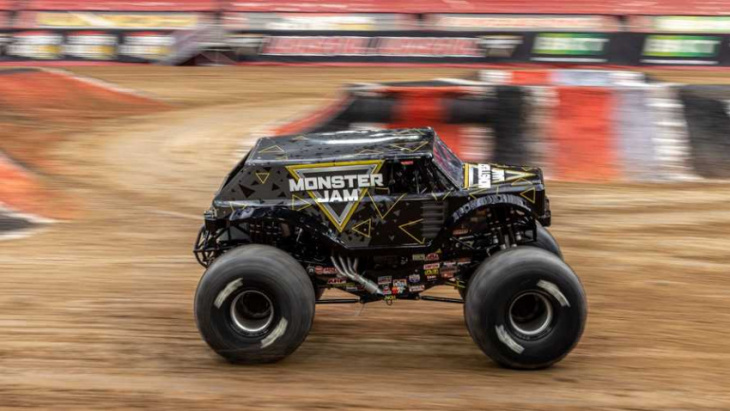 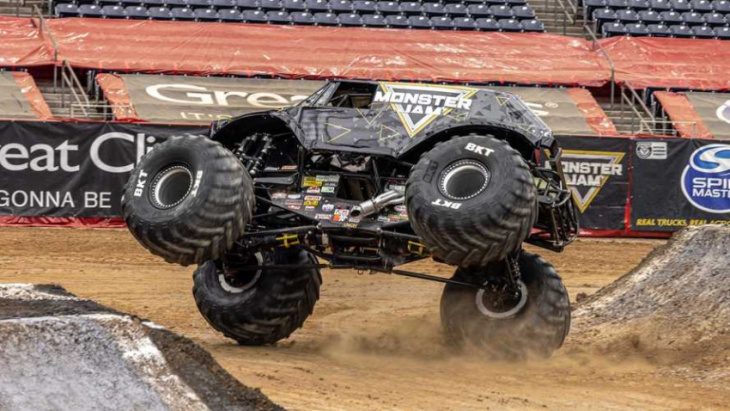 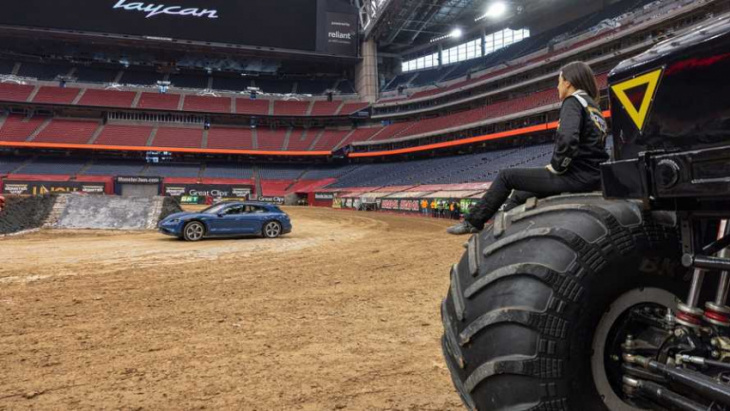 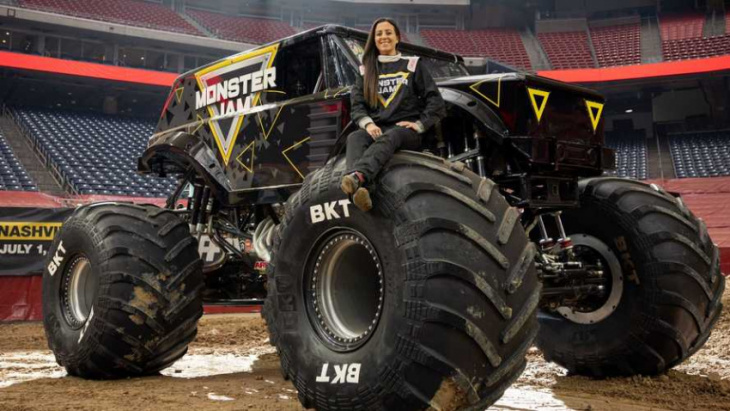 The Porsche was driven by Leh Keen, a professional race car driver with GT racing experience who even took part in a Le Mans 24 Hours race. He said that

It was like I was racing against a building. The size of the Monster Jam truck is staggering – it looks like it’s hardly trying, but I glanced down and we’re approaching three figure speeds, inside a stadium, on dirt. It’s so agile, given its size, but for obvious reasons I kept well clear! The Taycan was just awesome – it gave me a lot of feedback, found grip when I most needed it and let me also have fun out there.

According to the accompanying press release, the video and photos you embedded in this article were shot in Texas, at the large NRG Stadium with a seating capacity of over 72,000 places. It was empty for the shoot, but it still provides a very unique backdrop against which to see a Taycan Cross Turismo being driven exuberantly.