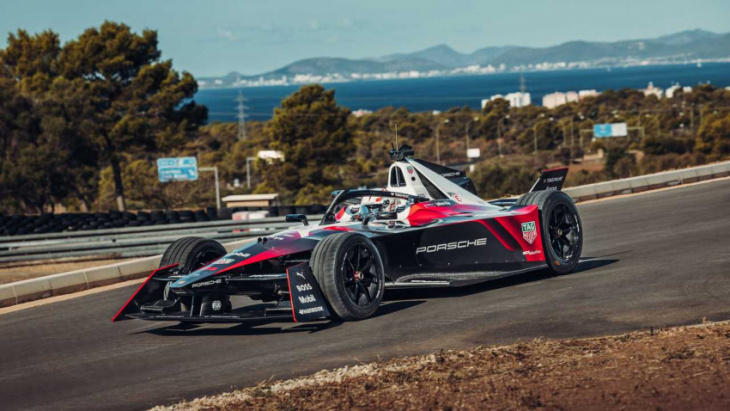 When the ninth season of the ABB FIA Formula E World Championship racing series kicks off in Mexico City, Mexico, on January 14th, 2023, the teams will all be sporting all-new cars. Yesterday at its new Performance Center in Franciacorta, Italy, Porsche became the first team to formally unveil its new racer, dubbed the 99X, and InsideEVs was there to witness the event.

Formula E rules have been continuously evolving, however, this year brings some pretty significant changes beyond the obvious cosmetic ones. Perhaps the biggest improvement is that the cars have added an additional motor up front, but that motor cannot drive the wheels. Instead, it serves to add additional regenerative braking power which is extremely important in Formula E. 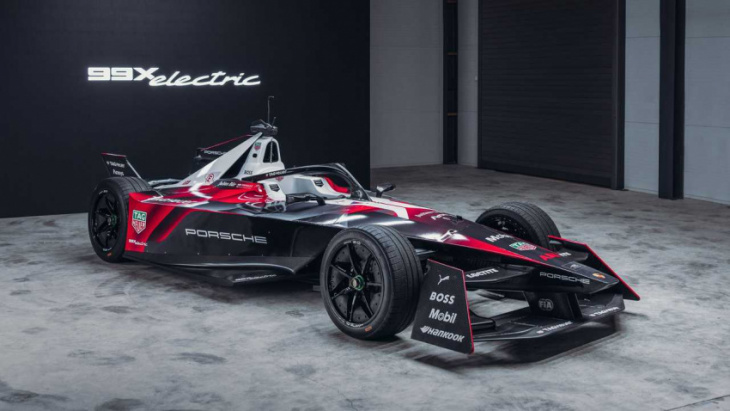 Porsche’s new Gen3 99X racer has a maximum recuperation power of 600 kW; 250 kW from the front motor and 350 kW coming from the rear. That’s 2.4 times more regenerative power than the 250 kW its Gen2 car was capable of. Power recuperation is vital in Formula E racing, Without proper recuperation driving techniques and strategy, the cars won’t finish the race.

Now with up to 600 kW of regen power, Porsche believes that greater than 40 percent of the energy used to drive the 99X during the race will be recovered by regenerative braking. Another huge benefit of the vehicle accepting 600 kW of power is that if it becomes necessary to pit, the vehicle can add 4 to 5 kWh in a 30-second charging boost.

Additionally, because the energy recuperation is so much better than it was on Gen2 cars, Formula E was able to reduce the spec battery size from 52 kWh to 38.5 kWh, making the vehicles lighter, quicker, and more agile.

Formula E rules require all teams to use the same batteries and chassis. Also, the new front motor for regenerative braking added this year is also the same spec across all teams. However, basically, everything behind the driver is developed in-house by each team.

Meaning the rear drive motor, the gearbox, the differential, as well as the rear subframe, and all the software the vehicle runs on are specific to each team. 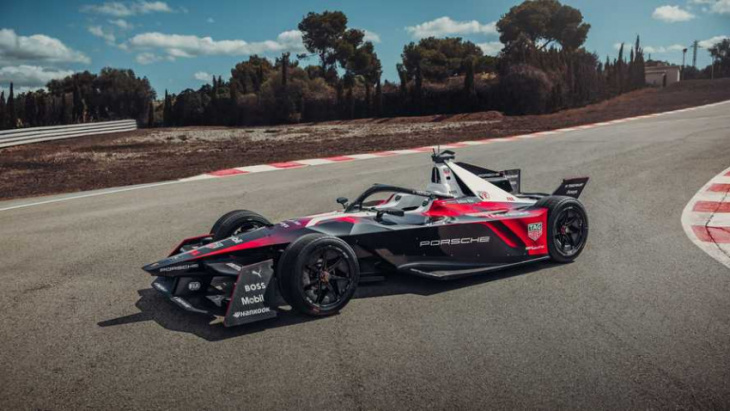 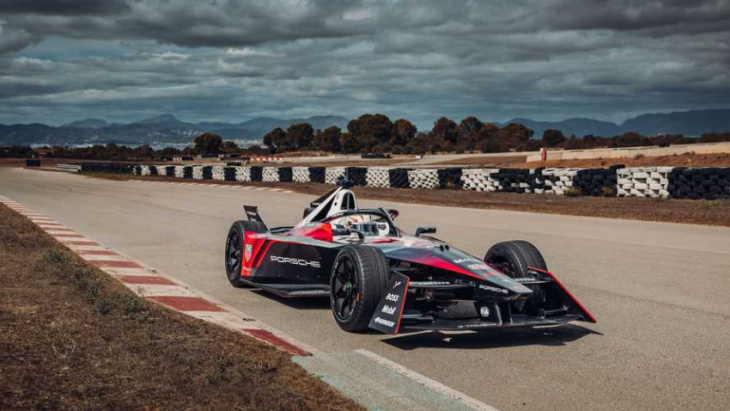 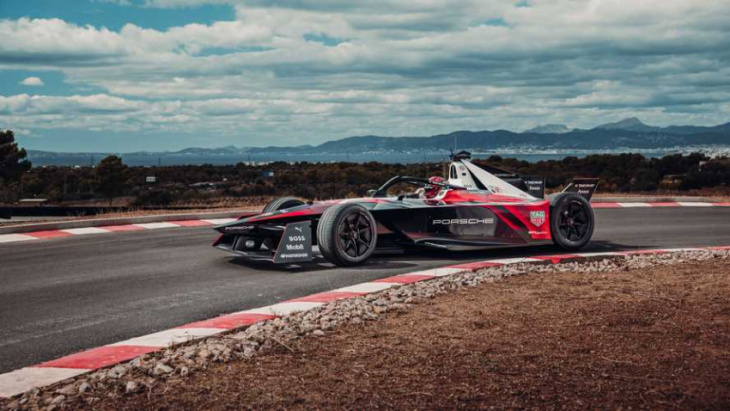 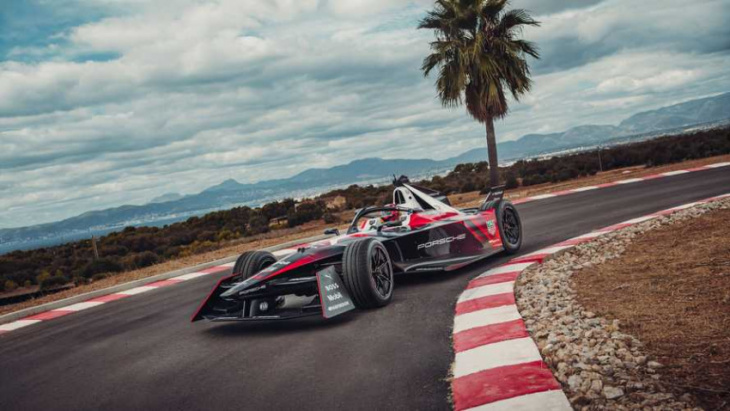 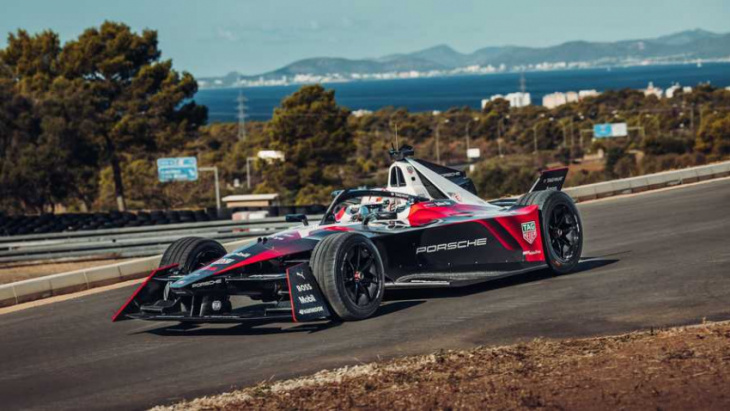 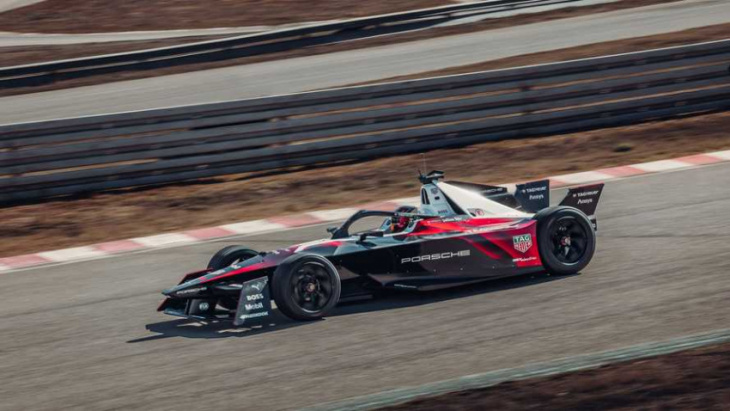 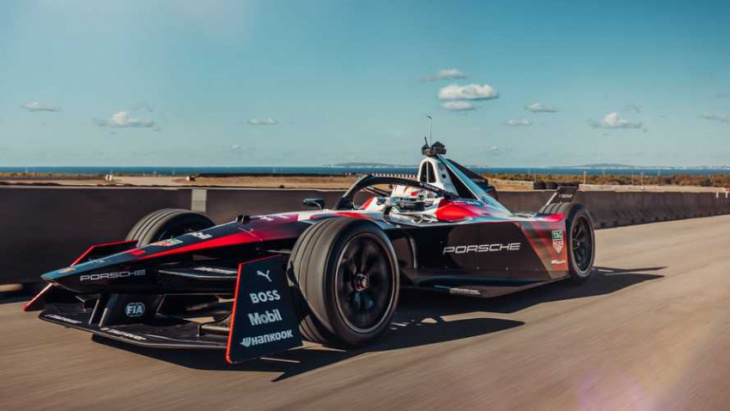 Porsche also wants the public no know it’s committed to sustainable manufacturing, even in motorsports. According to component manufacturer data, battery cells used in the 99X are made in part with sustainably obtained minerals. After each racing season, the battery cells used in all of the cars are either reused or recycled. Additionally, recycled carbon fiber harvested from the previous-generation Formula E cars was used to build the new 99X.

The tires are also made from recycled materials. According to the new supplier of tires for Formula E, Hankook, natural rubber and recycled fibers make up more than 25% of the tires used on the new Gen3 race cars. Additionally, the spent tires will also be recycled after every race and used to make new ones.

Porsche has high hopes for its new e-racer, as it does for all motorsport events it participates in. As one Porsche representative said: “Porsche don’t enter races just for the sake of helping fill the field”.