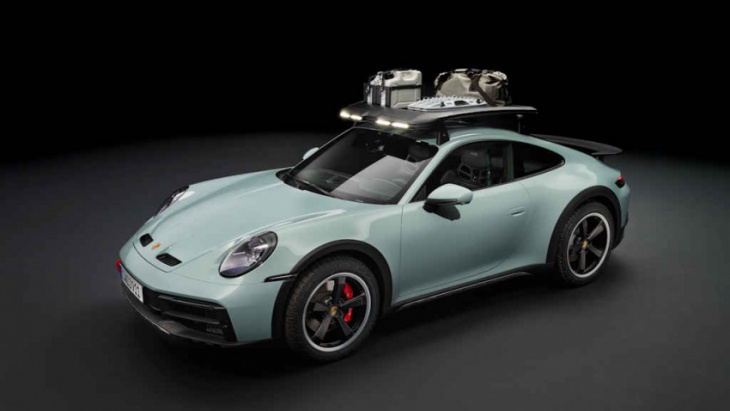 , Porsche has unveiled the 911 Dakar—a sportscar that’s equally at home on loose surfaces as it is on country roads. A limited-edition variant with a production capped at just 2,500 units globally, it harks back to the automaker’s first overall victory at the 1984 Paris-Dakar Rally which also happens to debut all-wheel drive to the Porsche 911.

The 911 Dakar’s cross-country rally design brief starts, of course, with the suspension. It sits 50 mm higher than a regular 911 equipped with the sports suspension. In addition, using the parking lot/hump-clearing lift system, the 911 Dakar can increase that ride height by a further 30 mm. And unlike conventional lift systems, the one here can be set to “High” up to 170 km/h. 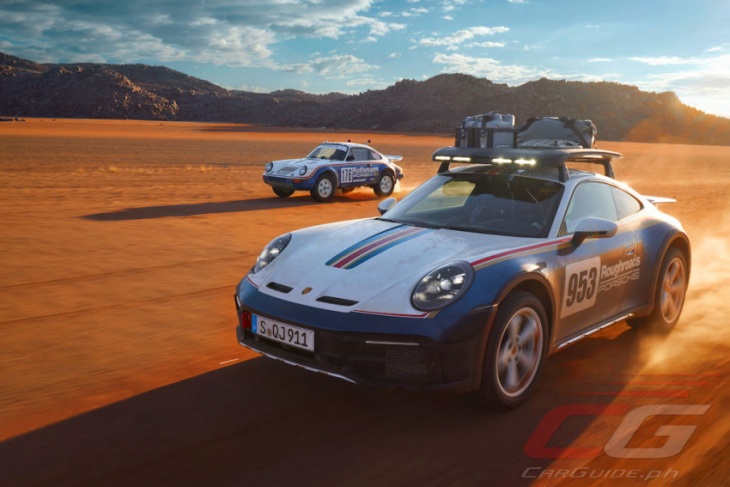 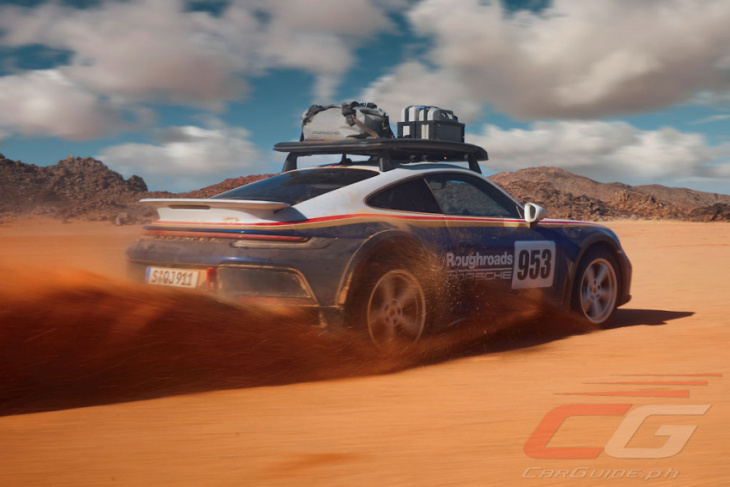 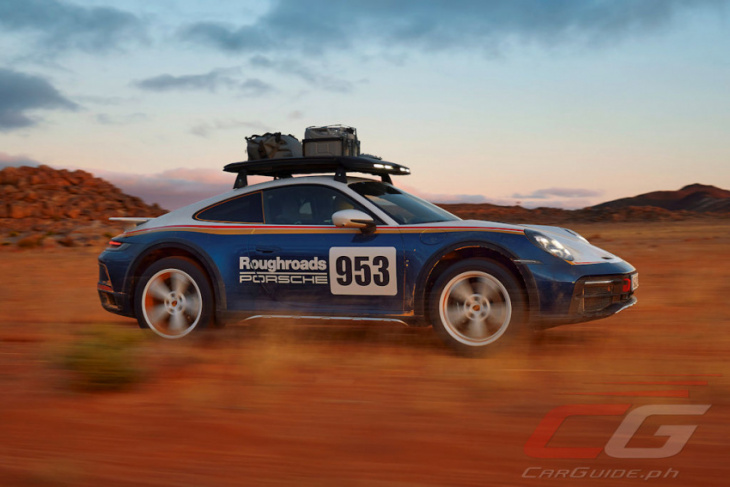 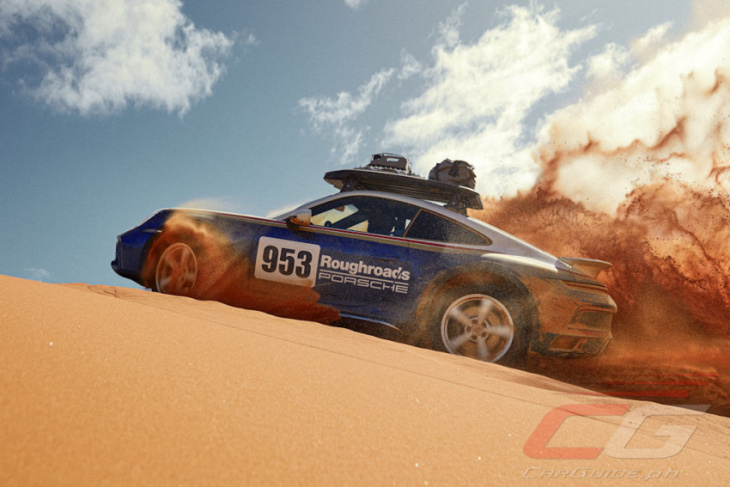 Not content with simply altering the suspension, Porsche sought the help of Pirelli to design bespoke all-terrain tires for the 911 Dakar. While the tread pattern on the Pirelli Scorpion All Terrain Plus have a chunky tread pattern and a tread depth of 9 mm, it was purposely made to look “not so bulky.” The 245/45ZR19 front, 295/40ZR20 rear tires also feature a reinforced sidewall and a dual carcass design to make them more cut-resistant. Naturally, because of its all-terrain nature, the top speed of the 911 Dakar is capped at a more modest 240 km/h. For those who don’t want the all-terrain tires, Porsche is still offering Pirelli P Zero tires with a two-carcass construction, but this defeats the overall purpose of the 911 Dakar.

Powering the 911 Dakar is a 3.0-liter twin-turbo flat-6 sourced from the 911 Carrera 4 GTS. It makes 480 horsepower and 570 Nm of torque, while power is transmitted to all four wheels via an 8-speed dual clutch automatic. 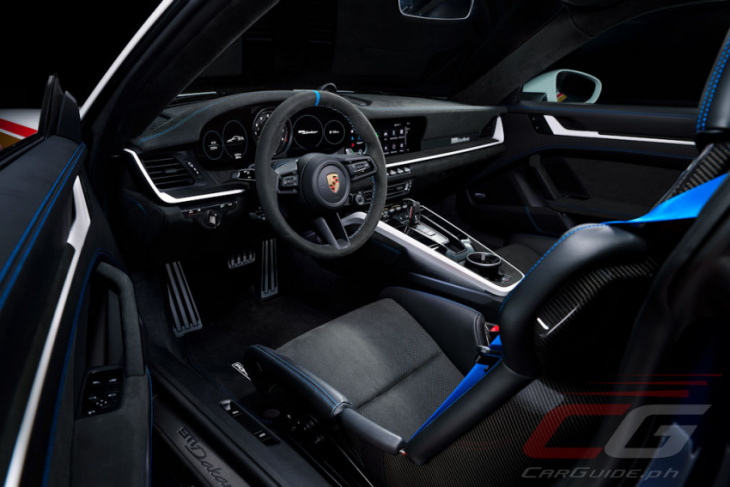 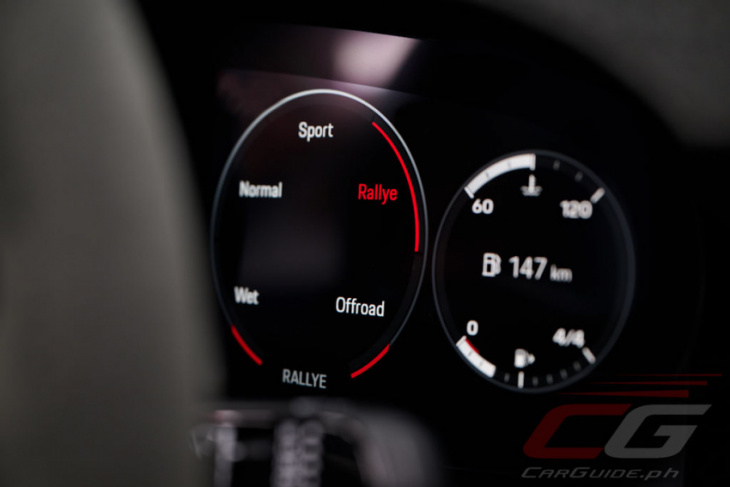 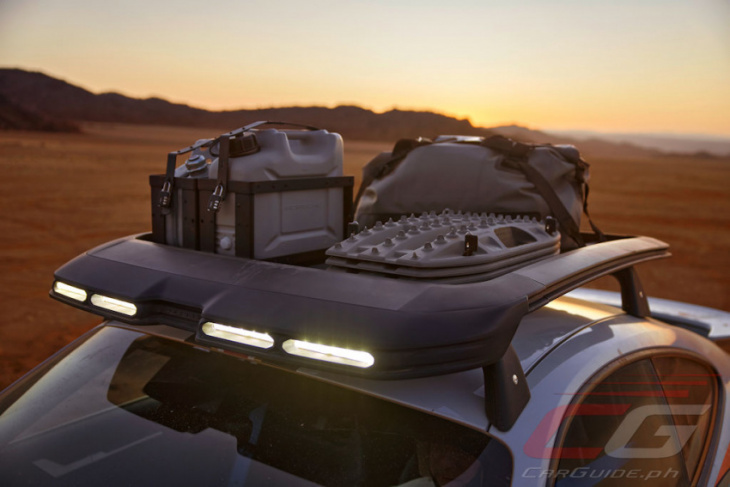 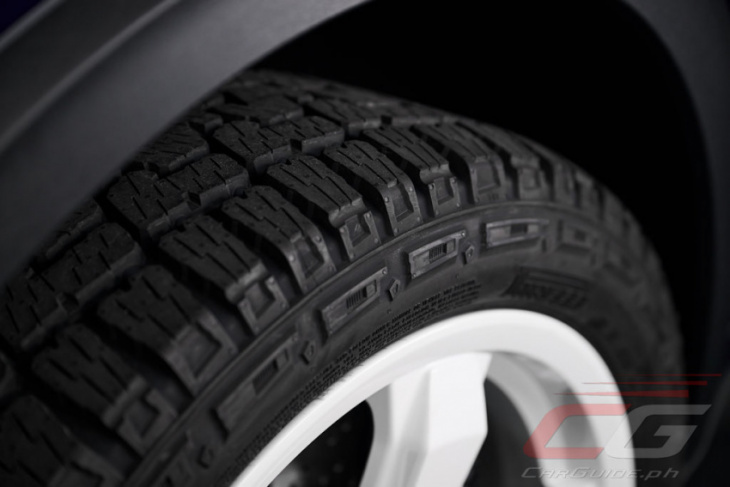 The 911 Dakar also adds other handling and rigidity enhancements including engine mounts sourced from the 911 GT3, rear-wheel steering, and a tweaked Porsche Dynamic Chassis Control system. And speaking of the PDCC system, it adds two new driving modes: Rallye and Off-Road. The former is used for loose, uneven surfaces which deploys a rear-biased set-up for the all-wheel drive. The latter configures the drivetrain for maximum traction. Both modes feature the new Rallye Launch Control which optimizes acceleration on loose surfaces, allowing wheel slippage of up to 20 percent.

In terms of styling, the 911 Dakar receives a fixed rear spoiler and front luggage compartment lid both made of carbon fiber-reinforced plastic—the latter actually taken from the 911 GT3. Wheel wells and sills have been widened here, while the side air intakes within the front bumper gain stainless steel grilles for added protection. The roof also has a 12-volt power outlet that powers the auxiliary lights on the optional 42-kilogram capacity roof rack. 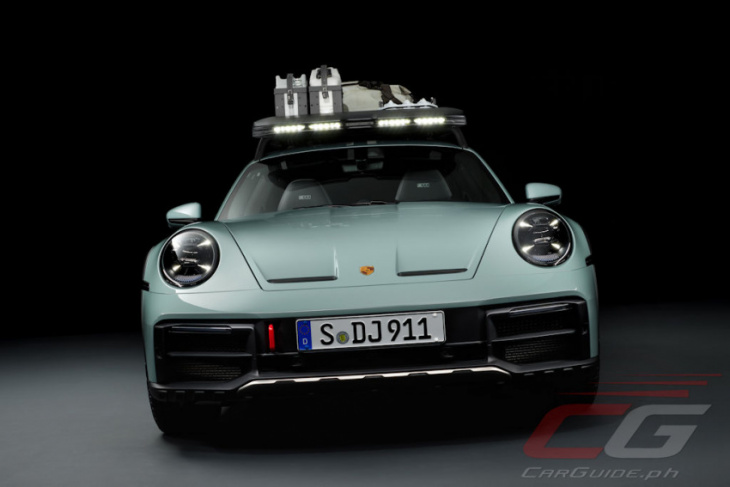 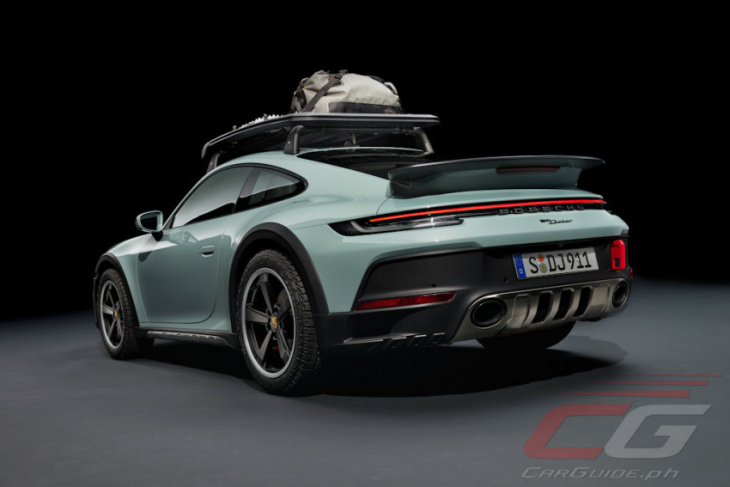 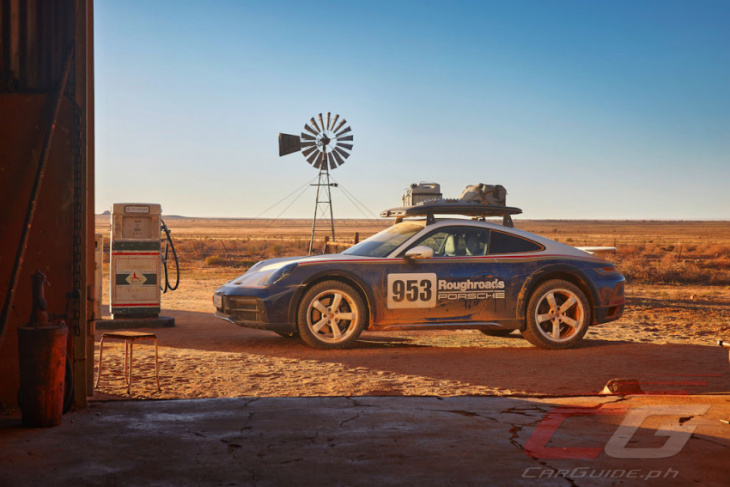 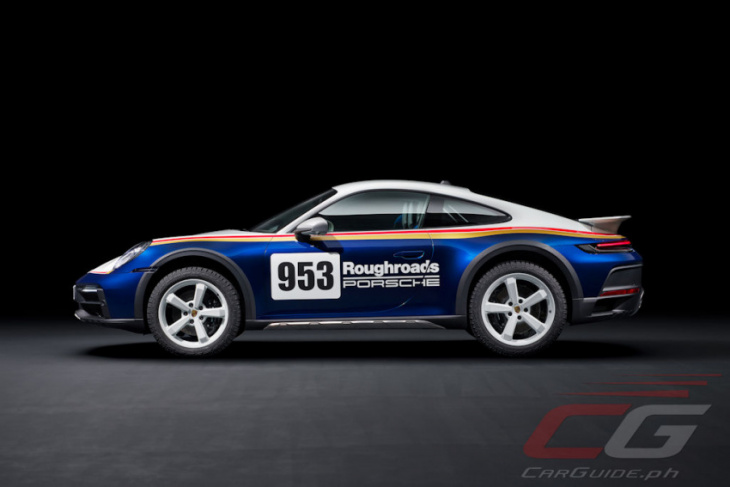 An optional Rallye Design Package adds a two-tone paint consisting of white and blue. This marks the first time that Porsche is combining a two-tone paint color with a decorative livery. Customers can opt for a start number of the side of the car between “0” and “999.”

The interior of the 911 Dakar underscores the performance-oriented nature of the car with standard full bucket seats and deleted rear seats. Lightweight glass also helps save mass so that the 911 Dakar has a curb weight of around 1,611 kilograms—or just 7.25 kilograms more than a 911 Carrera 4 GTS with PDK. Another Dakar-specific detail is the standard Race-Tex upholstery with decorative stitching in Shade Green, which is exclusive to the 911 Dakar as an exterior paint color.