THE books for Volkswagen Group’s public offering of Porsche are covered multiple times on the full size of the deal, said a bookrunner involved in the listing this week.

According to a report published by Reuters this week, indicated demand for the listing – which is due to take place on the 29thof September at the Frankfurt Stock Exchange – exceeds the full size of the deal.

The subscription period for private and institutional investors began on Tuesday of this week and will run until September 28th, with shares offered to private investors in Germany, Austria, Switzerland, France, Italy and Spain.

The price range was being “well received on the market” with “good global breadth of demand in the United States, Europe and Asia” said a source close to the IPO, adding “it is too early for visibility on retail demand”.

Porsche AG is controlled by parent company Volkswagen Group, which is the largest automotive company in Europe in terms of sales, and the second largest globally. In turn, Volkswagen is owned by holding company Porsche SE, which has a 31.4 per cent stake in the company and claims more than 50 per cent of its voting rights distribution.

Volkswagen Group has chosen Goldman Sachs, Citigroup, JP Morgan, Chase and Bank of America as underwriters for the IPO. Porsche AG is tipped to make its IPO on the Frankfurt Stock Exchange later this year.

Porsche’s share capital is being split in two, with 455.5 million ordinary shares and the same number of preferred shares, totalling 911 million shares overall.

Ordinary shares carry voting rights, which holders of preferred shares receive an additional dividend of €0.01 ($A0.015) apiece on top of every dividend the company pays out of its ordinary shares.

As reported previously, total proceeds from the sale will be between €18.1 and €19.5 billion ($A26.9 and $A28.9b) and could assist VAG in funding its electrification drive.

Analysts say Volkswagen Group is investing heavily in the development and production of EVs in a bid to catch-up to industry leader, Tesla. In Europe, Tesla plans to build up to 240 gigawatt-hours of cell-making capacity across six factories, prompting Volkswagen to take a similar path.

In case of a successful IPO, VAG will call an extraordinary shareholder meeting in December where it will propose to pay 49 per cent of total proceeds, or between €8.9 and €9.6 billion ($A13.2 and $A14.3b), to its shareholders in early 2023 as a special dividend. 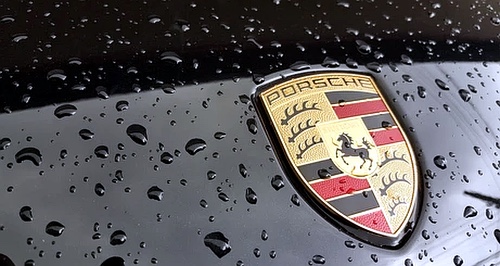