The 996 was the beginning of the future for the German automaker. 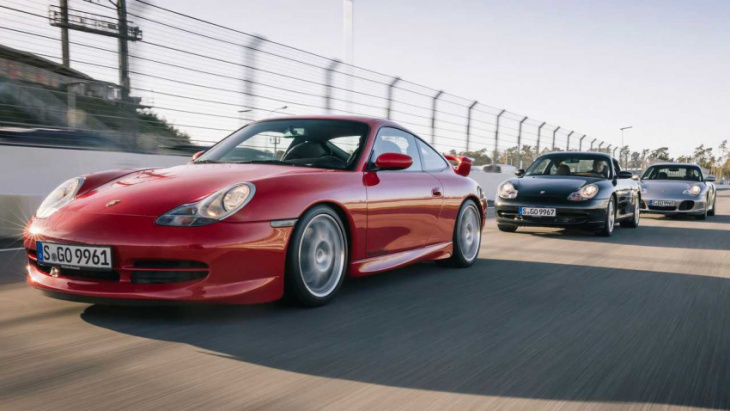 It was time to “break with old habits,” says August Achleitner, Porsche’s Head of Technical Product Planning, Vehicle Concepts and Package including Special Projects. Achleitner was also the strategic head of the overall 996 vehicle concept and this year, the automaker is celebrating 25 years of the 911 that marked the future.

Porsche-philes would know the relationship between the first Boxster Roadster – internally known as the 986 – and the 996-era 911. In fact, the relationship was so deep, the two cars shared a lot of parts; the interiors of the 996 and the Boxster were identical.

“Porsche needed a car in a lower price segment, to help generate a higher volume of sales. So this led to the idea of the Boxster and the 996 sharing parts,” Achleitner said.

Harm Lagaaij, Porsche’s Chief Designer in the ’90s, recalls how surprised he was by this strategy. It was unheard of at that time, especially with a car as iconic as the Porsche 911, practically building a mid-engine roadster and a rear-engine coupe identically from the front to the B-pillar. It was, of course, a challenge and with time constraints considered, Porsche had to balloon Lagaaij’s team up to 80 members.

Apart from the parts-sharing concept with the first Porsche Boxster, there was also the topic of the 996’s engine. With stringent emissions regulations and several other factors, Porsche moved on from the previous two-valve, air-cooled design to the new water-cooled, four-valve boxer engine.

“The program envisioned that we would sell a total of at least 30,000 units of both vehicles with a good return on investment,” says Achleitner.