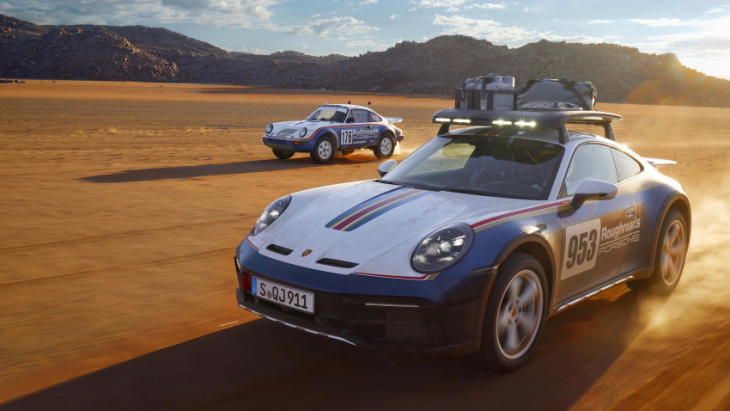 Paying tribute to Porsches of the past that raced and won at off-road races, the 911 Dakar is a limited-run model that is at home on both rough roads and smooth asphalt.

While some might question the need for an off-road capable 911, looking back at Porsche’s history will show that there were 911s that were entered for off-road races like the Paris-Dakar Rally and the Safari Rally. These 911s were modified with off-road suspension, tyres, and body reinforcement to help them get through the rough terrain and conditions of these races. 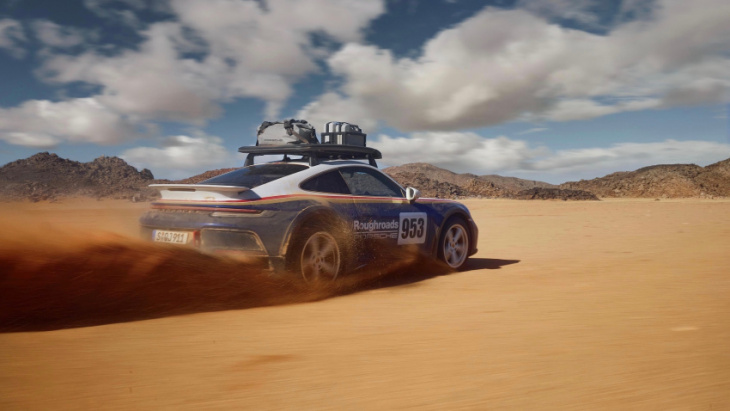 The 911 Dakar is the modern tribute to these off-road race winning Porsches, in particular, the first overall victory by Porsche at the 1984 Paris-Dakar Rally, a race that also marked the genesis of the all-wheel drive 911.

Perhaps the most noticeable detail of the 911 Dakar is its ride height, being 50 mm higher than a 911 Carrera. A lift system can also raise the front and rear ends another 30mm. This lift system not only assists the 911 Dakar in crossing obstacles, but is also part of the retuned chassis package. In this raised setting, speeds up to 170 km/h can be reached for aggressive off-road driving. Above 170 km/h, the car lowers itself back to normal levels. 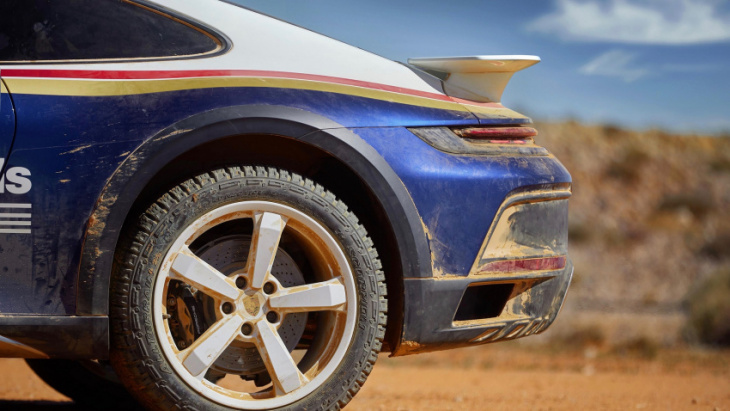 To tackle rough terrain, the 911 Dakar comes as standard on cut-resistant Pirelli Scorpion All Terrain Plus tyres with deep tread and reinforced sidewalls. Summer and winter tyres are also available as an option.

The 911 Dakar is powered by a 3.0-litre twin-turbocharged flat-six engine, producing 473 bhp and 570 Nm of torque, with the century sprint being accomplished in 3.4 seconds. Due to the chunky all-terrain tyres, top speed is pegged to 240 km/h. 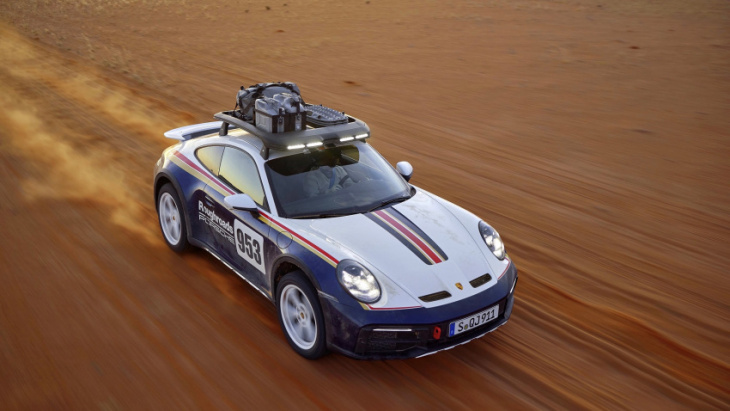 For optimal off-road traction, the engine’s power is sent to all four wheels via an eight-speed PDK. The 911 Dakar also gets rear-axle steering, GT3 engine mounts and dynamic anti-roll stabilisation. Two new driving modes, Rallye and Off-road, are available and selectable by a steering wheel mounted rotary switch. 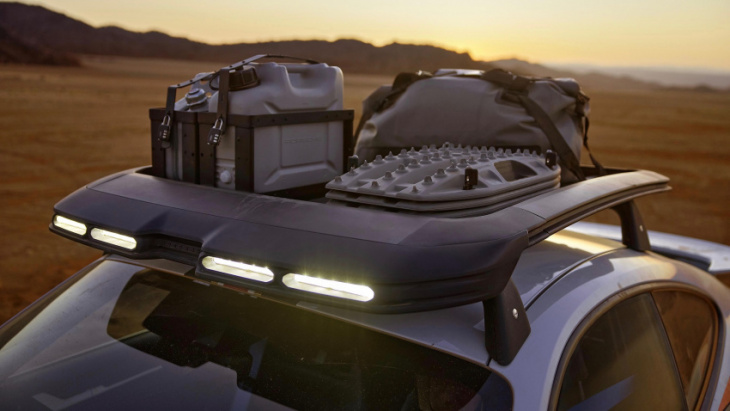 The 911 Dakar receives a fixed lightweight spoiler made out of carbon fibre reinforced plastic, widened wheel wells and protective stainless steel elements on the front, rear and side sills. With the optional roof rack, up to 42 kg of supplies like fuel and water canisters, shovels and traction boards can be accommodated. There is even a 12V power outlet for the roof rack headlights.

In the cabin, there are only two seats, both of them being bucket seats, with the rear seats being omitted for weight savings. For further weight savings, lightweight glass and a lightweight battery were also included, allowing the 911 Dakar to weigh just 1,605 kg. As a comparison, this is only 10 kg heavier than the 911 Carrera 4 GTS with the PDK. 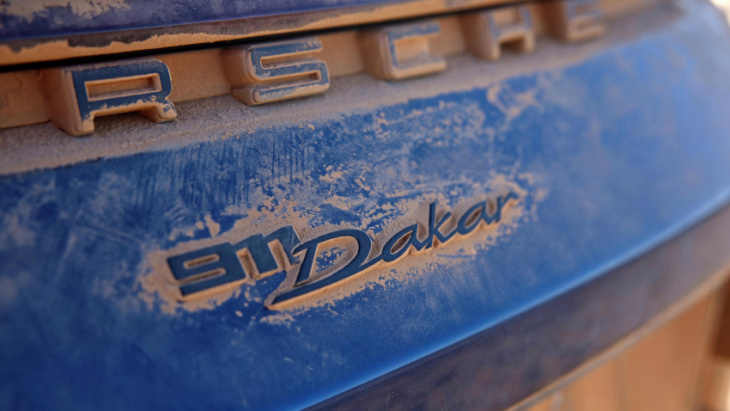 For added flair, customers can elect for the optional Rallye Design Package, which brings a two-tone paint finish in white and blue, together with a number from zero to 999, which will be emblazoned on the side of the car. Another optional extra is the Rallye Sport Package, which includes a roll-over bar, six-point seat belts and fire extinguisher.

With only 2,500 units set to be produced, the 911 Dakar is set to be a very special model, and a very worthy tribute to the Porsches that competed in gruelling off-road races almost 30 years ago.