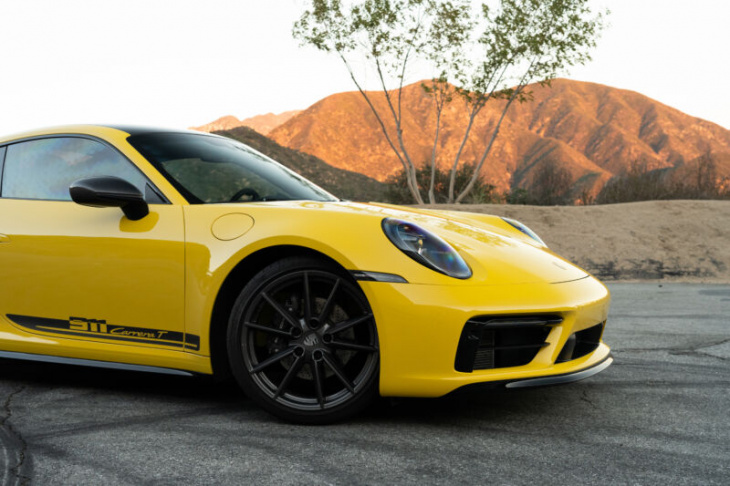 / Lighter and less powerful, the 911 T benefits from some desirable options that aren’t available on other 911s.Tim Stevens

Mind you, the 911 is still a stellar car, sublime really, but that expanded girth has changed the Carrera from a proper sports car to something that sits on the sporty side of a comfortable touring machine. Now, though, with the return of the Carrera T, the 911 is going back to its roots—again. After spending a lovely evening carving canyons in California, I’m happy to say that the result is remarkable. 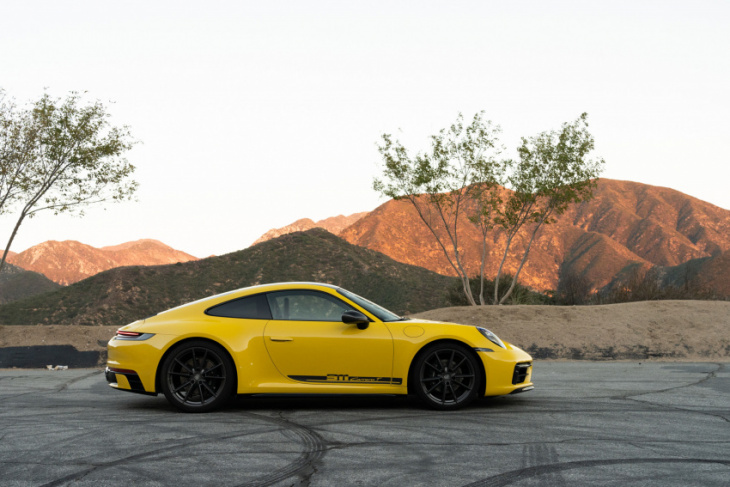 / As 911s go, this one is aimed squarely at driving enthusiasts.Tim Stevens

The T in Carrera T actually stands for “touring,” but that’s a bit of a misnomer. Here it’s a designation for a lighter-weight, edgier, more engaging flavor of Carrera. The first Carrera T premiered way back in 1968, a simpler 911 that most famously conquered the Monte Carlo Rally at the hands of Vic Elford.

After 1973, that model was retired and was resurrected in 2017 for the then-current 991.2. Since then, Porsche has slapped a T onto the 718 Cayman, 718 Boxster, and even the Macan, always signifying something a bit pared back and performance-forward. 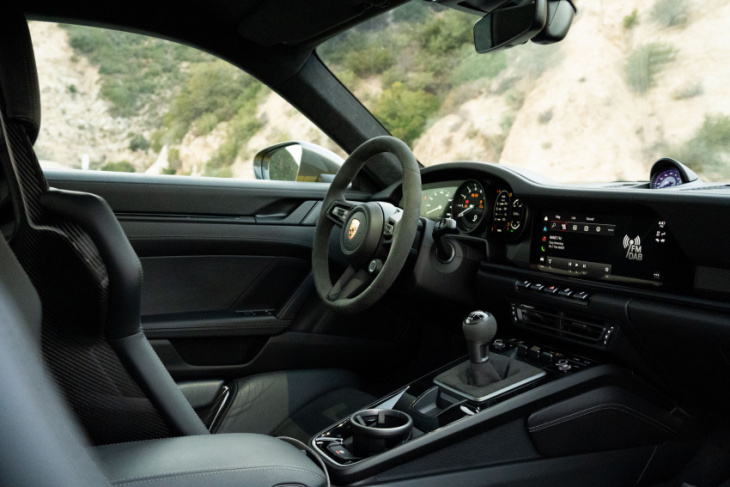 / Porsche’s bucket seats can be hard to get in and out of, but once you’re in they’re wonderful. There’s no back seat in this version, though.Tim Stevens

Porsche then paired that with a seven-speed manual transmission, augmented by a subtle short-shift kit, though an eight-speed PDK transmission is available as a no-cost option if you’d rather not row your own. Porsche’s torque-vectoring, limited-slip rear differential is available if you opt for that transmission, and regardless of pedal count you can optionally outfit a rear-steering system.

Interestingly, those two options aren’t available on the base Carrera. That alone makes the T an enticing choice, but the exclusivity doesn’t stop there. Porsche also outfitted lightweight glass and a slinkier battery, whittled out some of the sound-deadening material, and even deleted the rear seat. The net result is a 911 with many desirable performance options priced at $116,600. That’s $10,500 more than a base Carrera but 100 pounds (45 kg) lighter.

Mind you, it still weighs 3,254 lbs (1,472 kg). Not exactly Spyder territory, but that reduced weight, plus the 10 mm-lower adaptive suspension and all the other sporty options, result in a Carrera that sounds and feels significantly different from the base machine. And, with gray staggered wheels—20 inches at the front and 21 at the rear—plus some subtle graphics on the door, it looks the part, too. 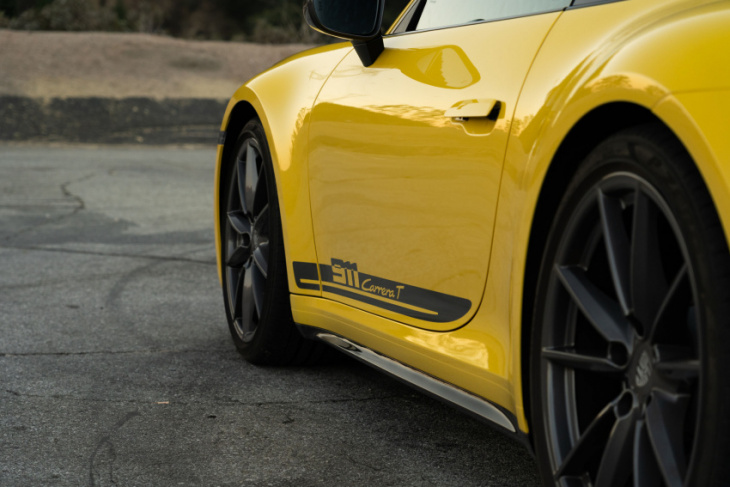 / The door graphics let other Porschephiles know you’re in something interesting.Tim Stevens

I honestly didn’t know what to expect as I drove through LA traffic on my way to the Angeles Crest outside Pasadena. As I cruised down the highway, other than a little more road noise and a little extra squeeze from the sublime Full Bucket Seats (a $5,900 option), it all felt pretty much like any other Carrera. In other words: no real compromises.

Off the highway, as the road began to climb and double back on itself, my perspective changed. The Carrera T really came alive. A quick spin of the mode selector on the steering wheel brought me into Sport Plus and, with the sport exhaust open and the throttle sharpened, I began to appreciate just how good this car was.

The T sliced through to every apex, rear-steering not only angling the rear wheels but bending the rules of physics that govern our lives. That shortened shifter reinforced that feeling. Shifts are abbreviated and firm, over before your arm has fully committed to the motion. Grabbing the next gear was such a joy that I hopped between ratios far more often than was strictly necessary. 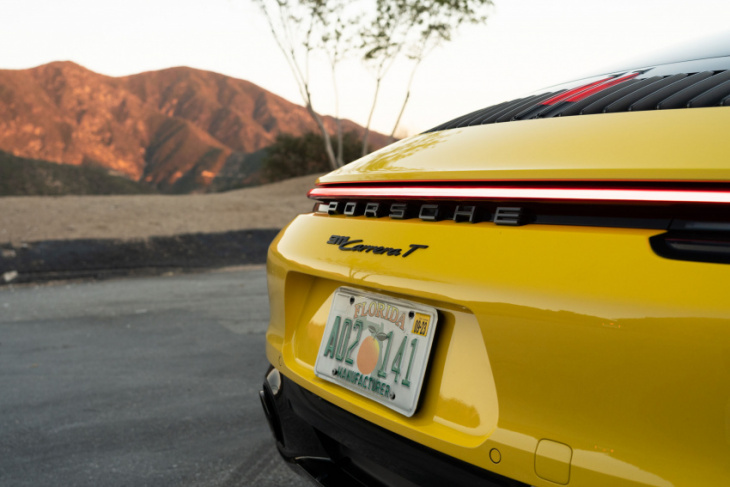 And what about the 3.0 L flat-six engine that drove it all? It’s plenty. Sure, various other versions of 911 offer far more power, but this 911 isn’t about outright thrust. The Carrera T is about the experience. Just like a manual transmission boosts engagement at the cost of outright speed compared to a PDK, more power doesn’t necessarily make a car more fun.

In my book, the Carrera T is the one to buy. At least, it is if you want to really maintain the taste of what the 911 was originally meant to be. Sure, Porsche’s iconic coupe has grown a lot since 1964, but the pure feel of the Carrera T shows that its roots are still firmly planted.