It boasts a semi-active suspension and a fully rebuilt five-speed original manual gearbox. 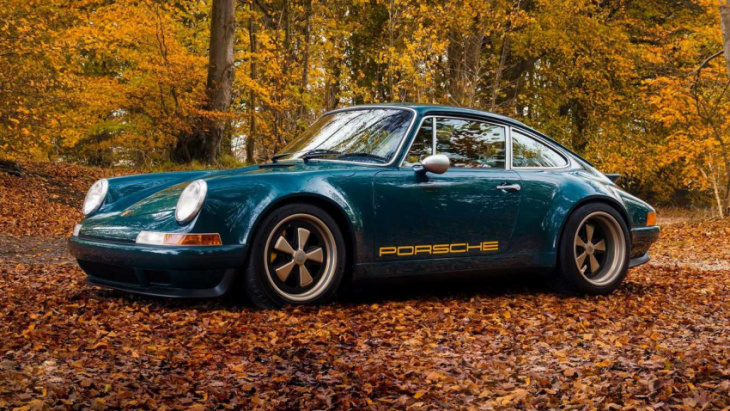 When it comes to modifying 911s, owners are spoiled for choice as there are numerous aftermarket companies eager to build your ideal specification. Singer, Ruf, RWB, or Emory are among the most obvious choices, but Theon Design wants a piece of the action as well. Founded in 2016, the Oxfordshire-based specialist is introducing its latest project – the BELL001. The name reflects this 964 belongs to the company’s first customer from Belgium.

Restored down to the last bolt, the sports car boasts a 3.6-liter flat-six with a Rotrex supercharger mounted on the right side of the engine where the original AC used to be installed. It uses the same mounting points but these have been strengthened to make sure there’s no flex when the engine is pushed hard. The twin charge coolers have been installed on the opposite side of the motor to the supercharger, meaning the engine bay has a neatly symmetrical layout.

The air-cooled engine makes a healthy 400 horsepower and 367 pound-feet (nearly 500 Newton-meters) of torque channeled to the wheels via the original five-speed manual gearbox, which has been fully rebuilt by Theon Design. Other highlights include a stainless-steel exhaust system and a semi-active suspension in a car that weighs only 1,265 kilograms (2,788 pounds) with all the fluids and the gas tank full.

To keep weight down as much as possible, the body makes generous use of carbon fiber obtained from a Formula 1 supplier. The OEM air conditioning we mentioned earlier has made way for a newer setup that’s not only lighter but also more efficient. With all of the hardware changes made to the 964, Theon Design says it has achieved an almost perfect 50:50 weight distribution.

As you might have guessed already, such a build takes a considerable amount of time and a lot of money. Theon Design needs 18 months to complete a car and is asking £380,000 for the “cheapest” commission. That works out to about $456,000 at current exchange rates. Yikes.