Volvo-owned Polestar is continuing the Swedish automaker’s tradition of safety, as the Polestar 2 was recently awarded a five-star safety rating by the U.S. NHTSA, the highest possible score a car can achieve in the agency’s New Car Assessment Program (NCAP).

Volvo’s tradition of safety and innovation in that field has continued through its partial ownership in Polestar. Owned alongside companies like China’s Geely Motors, Polestar has been one of the EV industry’s newest and most prominent names thanks to vehicles like the Polestar 2 experiencing early success.

For 95 years, Volvo has established itself as a leader in groundbreaking automotive safety development. Its development of the Polestar 2 has continued that tradition, as it features state-of-the-art and revolutionary safety features to improve overall performance in the event of a crash.

“Revolutionary safety features include inner side airbags for the front occupants, a Front Lower Load Path (FLLP) to absorb impact energy and thereby protect its occupants, and the “SPOC block,” a unique aluminum structure designed to deflect objects like the wheel, tire and front suspension components away from the cabin and battery pack,” Polestar said in its release.

Polestar describes this as a design strategy used to absorb energy with the front of the car in the event of a collision. With the lack of a large internal combustion engine to protect the cabin, Polestar has adopted this technology to reduce the risk of injury to passengers, as well as battery back deformation, it said. 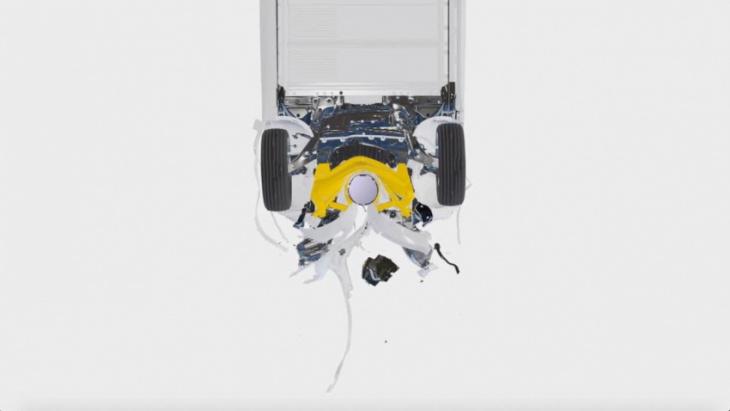 Polestar utilizes inner-side airbags pioneered by Volvo, which have improved safety and impact protection. “The Polestar 2 features the latest version of these airbags, complementary to the regular ones. Integrated into the inner sides of the front seat backrests, they offer individual protection to the driver and the front passenger, reducing the risk of injury when the car is hit from the side,” the company said about the airbags. 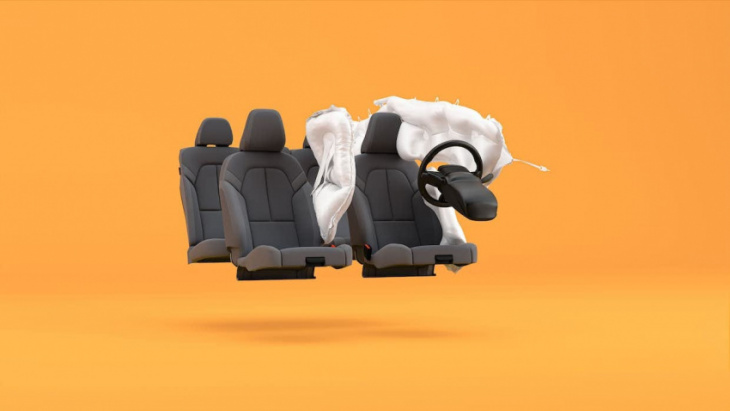 According to the NHTSA, the 2023 Polestar 2 received five-star ratings for Front Driver Side and Front Passenger Side collisions, as well as five stars across the board in terms of Side Crash assessments. Five-star ratings in rollover performance also capped off the Polestar 2’s impressive performance in the assessment. The NHTSA stated the vehicle has a rollover risk of 8.30 percent.

“Building on last year’s 5-Star EuroNCAP rating, we are happy to announce that Polestar 2 has also received the benchmark 5-star rating from the NHTSA in the United States,” Gregor Hembrough, Polestar’s North American head, said. “Our customers can take pride and comfort knowing that their Polestar 2 features the latest technology, great design and sustainable materials complemented by a top safety rating.”

Polestar brings several new features to the 2023 Polestar 2 compared to last year’s model. In May, the company announced it would roll out significant improvements to its software, as well as design benefits that would achieve a more streamlined look.

Additionally, Polestar announced it would equip the 2023 Polestar 2 with a heat pump, which became popular in 2020 as Tesla equipped it in early Model Y builds. Heat pumps help move warm air more efficiently, helping owners with climate control without sacrificing range for it.

The Max-Out has lines to suit a vehicle from the 1970s or 1980s with a square grille and rear light designs. The Max-Out has a clearly retro-inspired design. The interior has a cascading seat design, with a two-spoke oval steering wheel. Does this retro-inspired concept car show a fresh ...


View more: Nissan maxes out retro appeal in new concept car, but is it a hint at a sportier and more unique future for the brand?


View more: Polestar and Luminar expand partnership to include Polestar 5